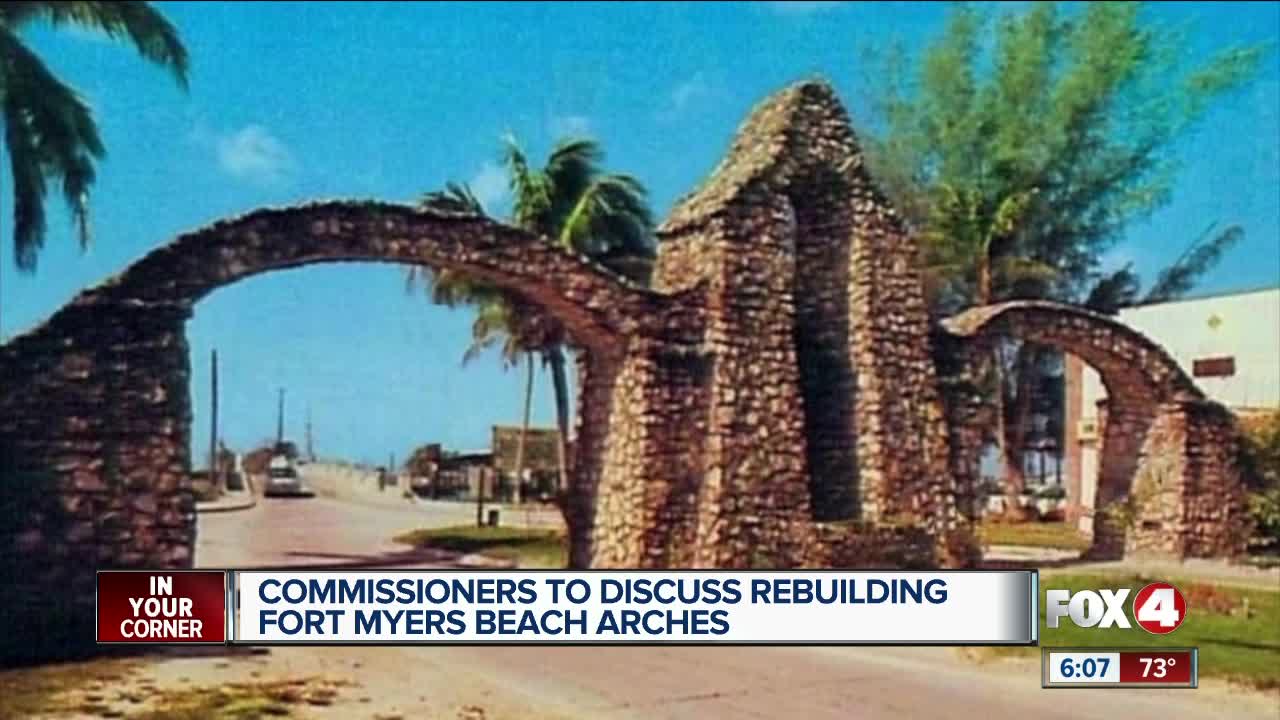 Restoring a piece of history is the goal of one group in Fort Myers Beach. The iconic arches were at the entrance of Fort Myers Beach for 55 years and have been gone for decades.

LEE COUNTY, Fla. -- Restoring a piece of history is the goal of one group in Fort Myers Beach. The iconic arches were at the entrance of Fort Myers Beach for 55 years and have been gone for decades. Now with the help of the Lee County Commission they soon might be rebuilt.

The group, Restore Fort Myers Beach Arches has been raising money to rebuild them from the original rock for a couple years now.

“It’s a piece of our history, it was always the gateway to the beach,” said Gayle Mason, Volunteer, Restore Fort Myers Beach Arches.

Built in 1925, the stone arches were the entrance to FMB for 55 years. It’s now been four decades since the arches were torn down back in 1979.

The group of a thousand members estimates it’ll cost about $75,000 to reconstruct the arches made of coquina.

“It’s very difficult to raise that kind of money, with a small group of people,” said Mason.

“My goal would be to use tdt funds because it’s public access on a public beach, bed tax money so it would be no cost to taxpayers unless you are staying in a hotel,” said Commissioner Cecil Pendergrass, Lee County, District 2.

The plan would be to use original remnants from the arches and build them on a section of Crescent Beach Family Park, which is owned by the county.

“Look at the design and permitting for reconstruction on the public beach without blocking the Gulf of Mexico somewhere in the park with public access,” said Commissioner Pendergrass.

Fort Myers Beach Town Council plans to discuss the proposal at its meeting Monday, November 18th. It is also an item on the agenda at the Lee County Commission meeting on Tuesday, November 19th.

Since it is a county park it'll ultimately be a decision made by Lee County Commissioner's. Pendergrass says he wants to work together with the town of FMB to make this happen.