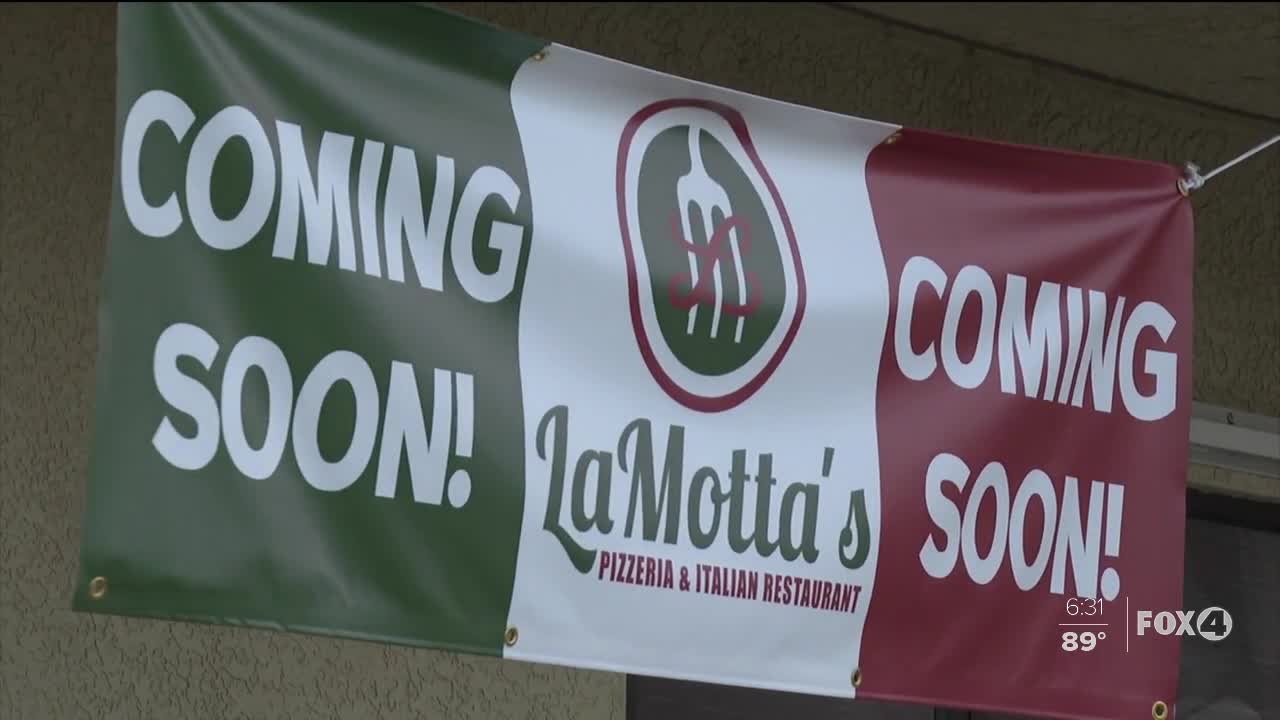 The iconic family-owned restaurant has been serving the Iona Neighborhood for over four decades, but, impacted by the coronavirus crisis, it had to shut its doors in Fort Myers last month.

CAPE CORAL, Fla. — An iconic family-owned pizzeria and Italian restaurant is saying goodbye to Fort Myers after 41 years of business.

LaMotta's Pizzeria and Italian Restaurant has been serving the Iona Neighborhood since 1979, but, impacted by the coronavirus crisis, it had to shut its doors in Fort Myers last month.

LaMotta's parents — Sal and Maria LaMotta— brought the restaurant to life over four decades ago.

But while it is an end of an era for the restaurant in Fort Myers, it is getting a new start here in Cape Coral.

"I started there when I was seven years old, washing dishes, bussing tables, making pizza boxes, learning how to make the pizza dough," said LaMotta.

Like any business, the family encountered many obstacles throughout the years.

But it wasn't until the coronavirus crisis that LaMotta's had to face the biggest challenge of all.

"We couldn't make it anymore, we tried as long as we could to keep the doors open, and the locals tried to keep us open," said LaMotta.

The lack of seasonal residents and tourists impacted sales, but that wasn't the only setback.

"Our air conditioner broke down at the same time too," said LaMotta.

Lamotta says his landlord wanted him to invest about $20,000 for a new air conditioning unit — something he decided not to do.

"I don't own the plaza, so why would spend money on something I don't own," said LaMotta.

LaMotta's Pizzeria and Italian Restaurant closed its doors in Fort Myers on June 18, 2020.

But the family-owned business hopes to keep its the legacy going in Cape Coral.

LaMotta says he is thankful for the outpouring support from his customers.

"They're tired of going to places you walk in, and you're just another dollar symbol, when you come to LaMotta's you're not, we treat you like friends, and you leave like family," said LaMotta.

LaMotta's Pizzeria and Italian Restaurant is set to re-open on August 1, 2020.

LaMotta says the business will start with take-out, curbside pickup, and delivery first, and will open its dining room once restaurants can operate at 100 percent capacity.