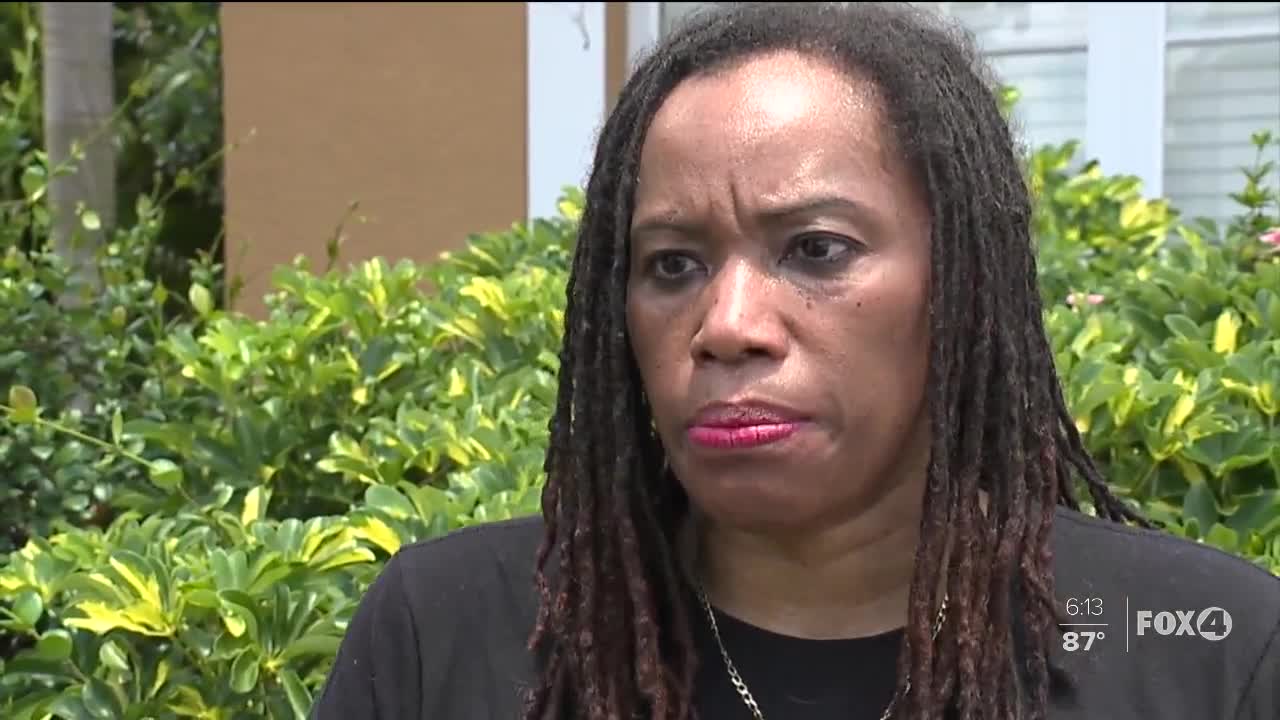 FORT MYERS, Fla. — A letter filled with racial slurs and hate speech claiming to be from the Ku Klux Klan was sent out to several homes in a Lee County neighborhood this week.

Neighbors in the Cypress Cay community confirmed today that they received the letter in the mail that calls to disinfect or remove all non-white people from the community.

The letter asks neighbors to join in a ‘drive-by’ to intimidate and put a Black neighbor 'back in his place'.

Latino neighbors are also targeted and labeled as ‘rapists and murders’.

Olwen Stewart and her two sons recorded a video of themselves opening the letter and posted it to Facebook where it was shared almost 1000 times. Initially, Stewart was uneasy.

“I actually caught myself standing behind the window, peering, looking at my neighbors thinking... we moved here to be safe!” said Stewart.

The message in that mailer was clear, get rid of the minorities and make Cypress Cay white.

“We’ve tried to be a part of the community, but now it's like there are people here who hate us,” said Stewart.

As a result, Stewart says the incident caused a dramatic increase in police presence in the neighborhood, which she does not agree with.

Three people labeled in the letter as 'active KKK members' currently serve on the board of the homeowners association.

This is why neighbor Phillip Murray says this whole thing is a hoax.

“If you read the letter it's obviously fake. The letter starts by saying they’re trying to start something, start a KKK, but there’s no information on who or what or how, just a long litany of complaints about some people in the neighborhood," said Murray.

But to Black neighbors like Jai, hoax or not, the racist language hurts.

“Even if it is all a hoax, and even if somebody did do this to target the people named in the letters and everything, if that is the case it still means that somebody took the time to write all that stuff out knowing the impact it would have on some people in the community," says Jai.

In response, the neighborhood property association released a statement saying they disavow and reject the statements made in the letter.

Lee County Sheriff's Office confirm that the letter is currently under investigation.