Knowing the signs of suicide and breaking the stigma 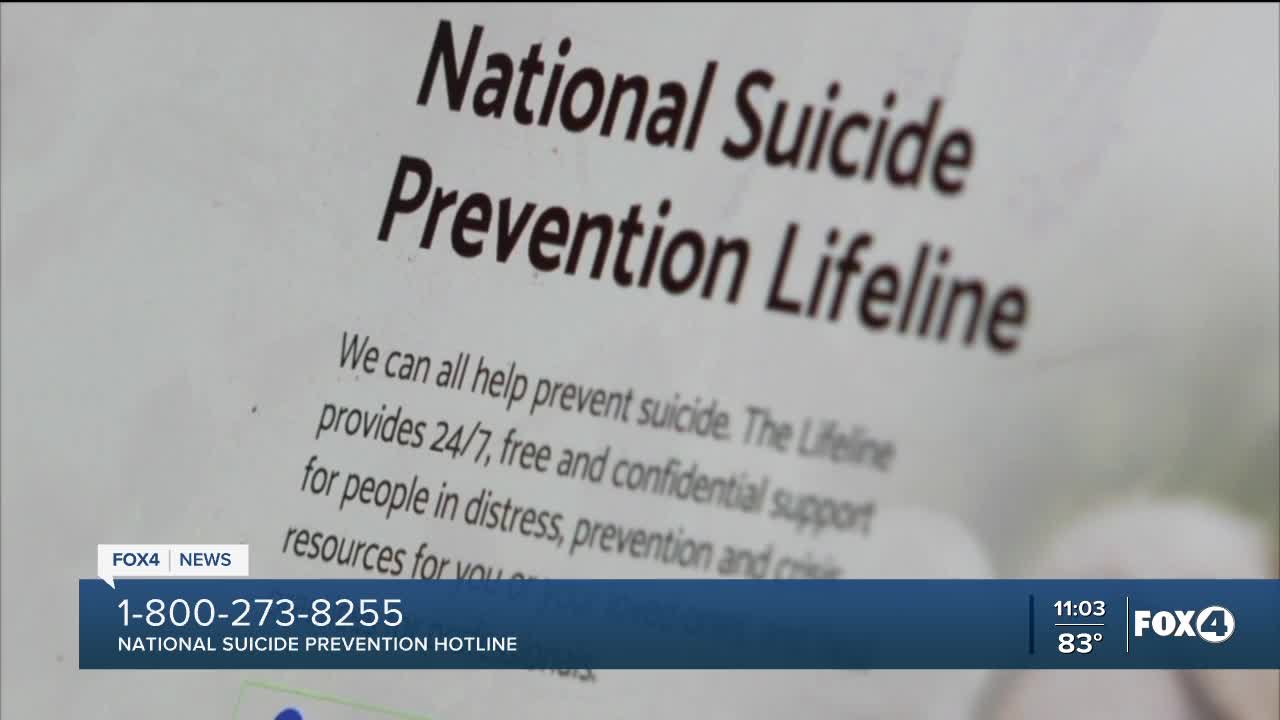 September is Suicide Prevention Awareness Month, a time to break the stigma that comes with talking about suicide.

LEE COUNTY, Fla. — It's a challenging but crucial conversation to have.

September is Suicide Prevention Awareness Month, a time to share resources and break the stigma associated with talking about suicide.

According to the Centers for Disease Control and Prevention, suicide is the 10th leading cause of death in the United States, increasing by 35% from 1999 to 2018.

"In my experience, a lot of times [it's] really feeling kind of down, depressed, feeling hopeless, that things are never going to improve," said Whitt.

It's recognizing these warning signs that can potentially help save someone's life.

Whitt says when people start to experience depression or anxiety, it can also distort their thinking and reinforce some of those beliefs.

According to the American Foundation for Suicide Prevention, 48,344 Americans committed suicide in 2018, and there were 1.4 million suicide attempts.

Experts worry COVID-19 could cause a spike in these rates.

Finn says it's too early to know how COVID-19 has impacted the stats since statics are updated every two years, but hospitals have already reported seeing increased numbers of suicide attempts.

Fin says now more than ever people's mental health is being put to the test, and talking about suicide can be more powerful than people realize.

While not an easy conversation to have, experts say combating the alarming number of suicides starts by having more conversations and getting people the help they need.

"So, the [best] way is to create a space and directly ask, "I know you've been struggling, have you had thoughts of harming yourself?" said Whitt.

Whitt says as a community, we can monitor our assumptions regarding mental health and be mindful of statements or behaviors that are judgmental or stigmatizing.

"Sometimes people are afraid of bringing up the topic because they have this idea that they'll be putting a thought into the person's head when in fact, the thought is already there," said Finn.

"What people should do is pay attention to the signs, connect with other people, help them know that they are cared for and loved, and take the next steps to get them the help they need."

If you or someone you know is struggling with their mental health, call the National Suicide Prevention Hotline at 800-273-8255 or text TALK to 741741.

For information on mental health assistance at Healthcare Network, visit healthcareswfl.org or call 239-658-3000.