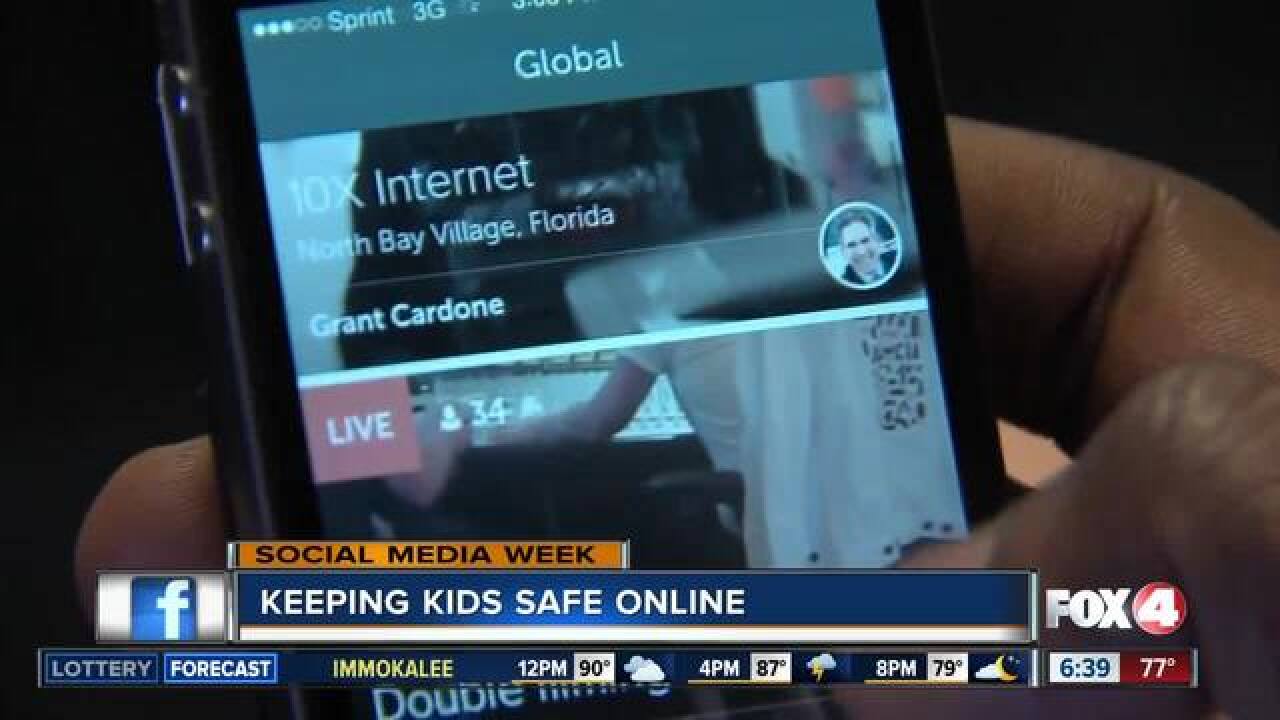 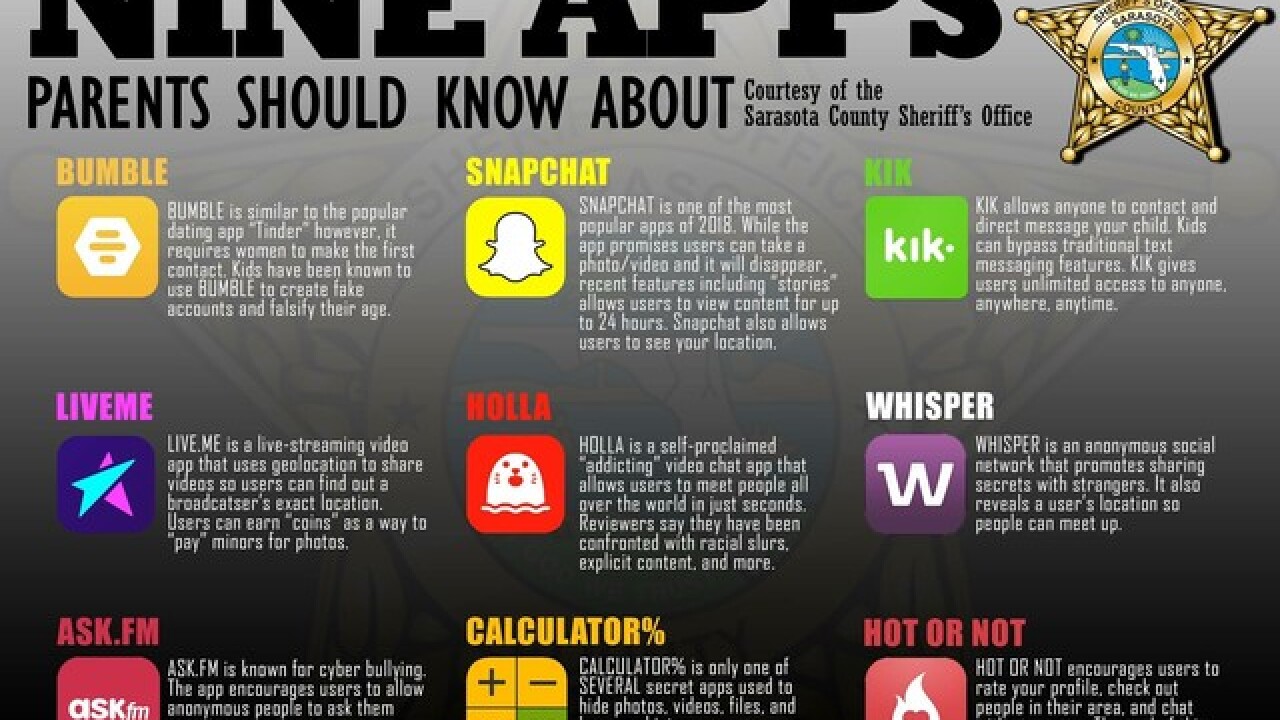 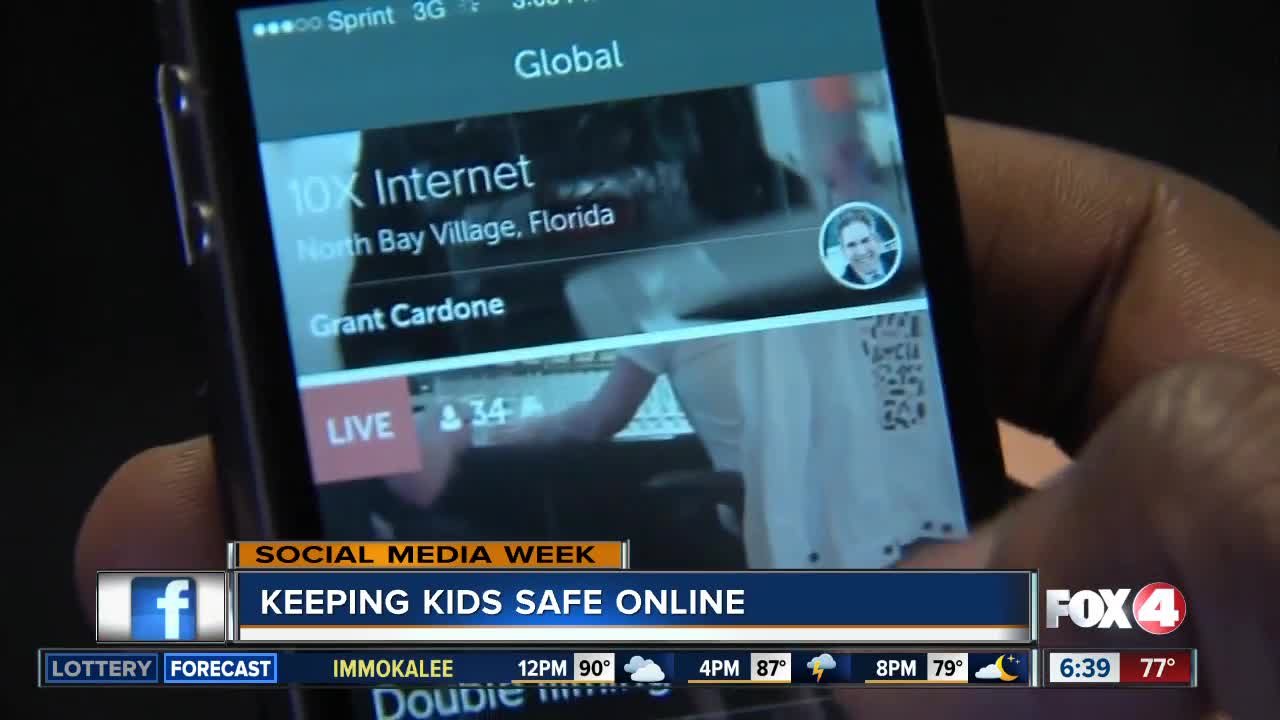 According to global marketing research company, Comscore, Americans spend on average, 19 percent of their digital time on social media. For younger people, that number may even be higher since it's the way a lot of teens communicate. Unfortunately, that presents an opportunity for some people with bad intentions.

Psychologist at Lee Health, Dr. Sabo, says, "There are a lot of things going on, from their sexual education to substance abuse. That's where kids get their information from. What's normal? What's healthy? What's unhealthy? That's a really scary thing."

Cape Coral PD Master Sergeant, Allan Kolak, says, "Just like we say, 'don't throw a kid in the car and say go ahead and drive,' we have to teach them. It should be the same thing with the phone. You just don't give them the phone and let them take off and do whatever they want. There should actually be a lot of control of that. Being the parental controls, what they download, then upload to the actual internet. And, unfortunately crimes can occur even on social media." Kolak says that includes bullying, cyber stalking, and attempting to pick up juveniles for various reasons.

It's easy to find someone's real position from their social media post. Kolak says, "We hear a lot, of course, bullying and things like that here in the Cape. And, unfortunately, those are a little bit harder to prove due to the fact, unless those things are saved, like Snapchat, it is extremely difficult due to the fact that those go away."

He suggests younger people stay off the applications that are specifically for bullying. He describes, "You put your profile out there and it says what's good or bad about my profile? It's just a lot of people going off about how you look, how you're dressed, that type of thing. Stay away from those. Also don't friend anyone you don't know." Kolak reminds people that you don't want to make it easy to be a victim. He suggests keeping social media to friends, or friends of friends. It's also a good idea to use stronger passwords.