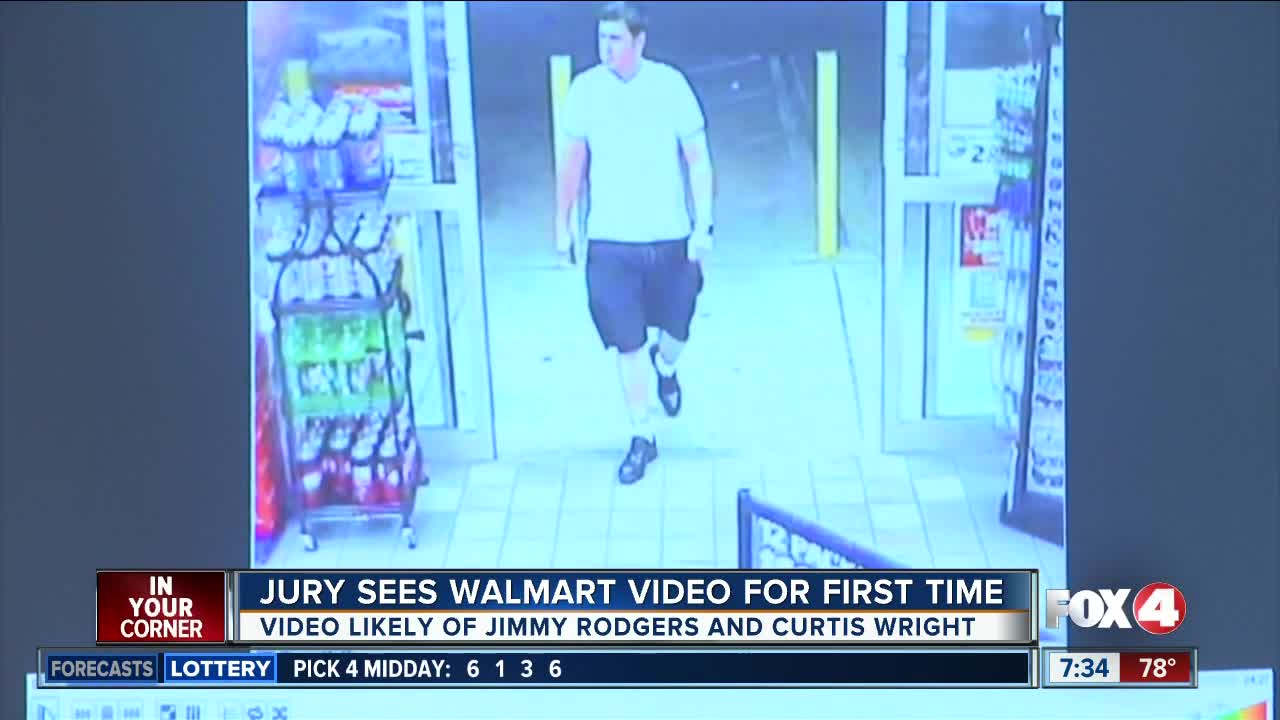 For the first time Wednesday, we got to see video of what appears to be Curtis Wright and Jimmy Rodgers inside a Fort Myers Walmart.

FORT MYERS, Fla. -- For the first time Wednesday, we got to see video of what appears to be Curtis Wright and Jimmy Rodgers inside a Fort Myers Walmart.

The video is from inside the location on Six Mile Cypress. An employee there says surveillance video captured Rodgers and Wright in the hardware, clothing, home, and electronics departments.

A detective on the stand says the men bought several items, including a backpack, garbage bags, a tool kit, and men’s work boots.

The judge allowed the videos to be shown to the jury as evidence, but did tell the jury to decide how much weight to put on them.

We asked that law professor at FGCU what exactly this means.

"It is up to the jury to determine, is it Curtis Wright and Jimmy Rodgers? Is it them? Are you sure? Because how many times have you seen a pic or video of someone and thought it was someone you know, and it wasn't them,” says Pam Seay. “So there are a lot of opportunities to see them however, so that could be one of the conclusive points the jurors may pick up on."