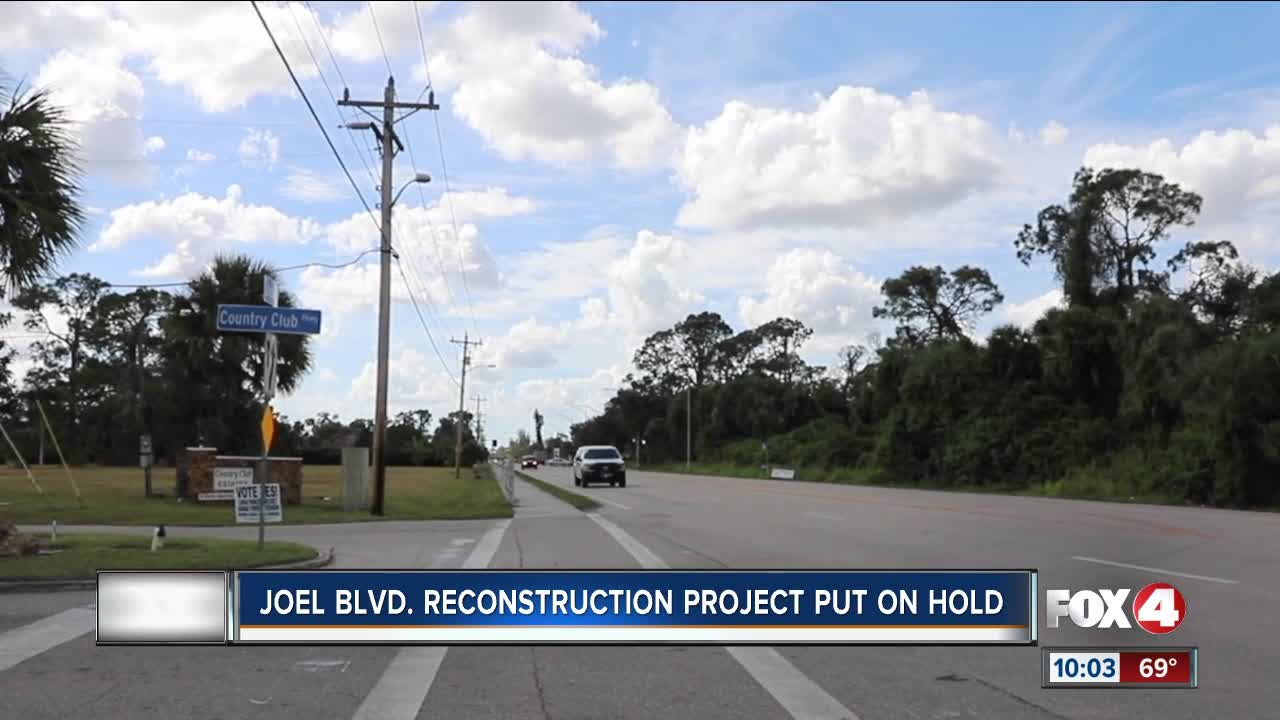 A road reconstruction project proposed in November is on hold for now. The Lee County Department of Transportation decided Thursday to table the reconstruction of Joel Boulevard in order to conduct further studies.

LEE COUNTY, Fla. -- A road reconstruction project proposed in November is on hold for now. The Lee County Department of Transportation decided Thursday to table the reconstruction of Joel Boulevard in order to conduct further studies.

The project would have reduced the 4-lane road down to 3 lanes. But people in Lehigh Acres are opposed to the project.

A "road diet" is not the kind of diet you start after the new year. It basically means shrinking the size of the road to make room for bikes and a center turn lane. But now that project is on hold for 2019.

At a public meeting at the Cape Coral public works building on Thursday night, people in Lehigh acres shared their concerns with the county.

Tom Spencer was one of them. He started a petition against the project on Joel Boulevard and got 285 signatures. "We just feel like that this is something that is a good thing for Lehigh," he says. “There must be at least 100 private driveways or condominium entrances directly onto Joel Boulevard. Making that into a single-lane road in one direction and a single-lane in another direction is not going to do anything except increase traffic accidents."

Rick Anglickis feels the same way. He's the president of the Lehigh Acres Community Council. He believes stoplights or crosswalks could be a better solution. "When you break up a six-mile stretch of straight highway, with safety divisions in between, you and I can't drag race down the road."

BikeWalkLee, a local organization that advocates for safer roads, believes it will help improve road safety.

"Well, they're going to be able to use the space, since they're technically a 3-lane road of motor vehicle lanes. They can use that extra space for bike lanes, and sidewalks," says Dan Moser, Steering Committee Member of BikeWalkLee. “They have a pretty good track record of increasing safety by reducing crashes and also severity of crashes."

Lee County says they will do more studies in 2019 before they move forward.