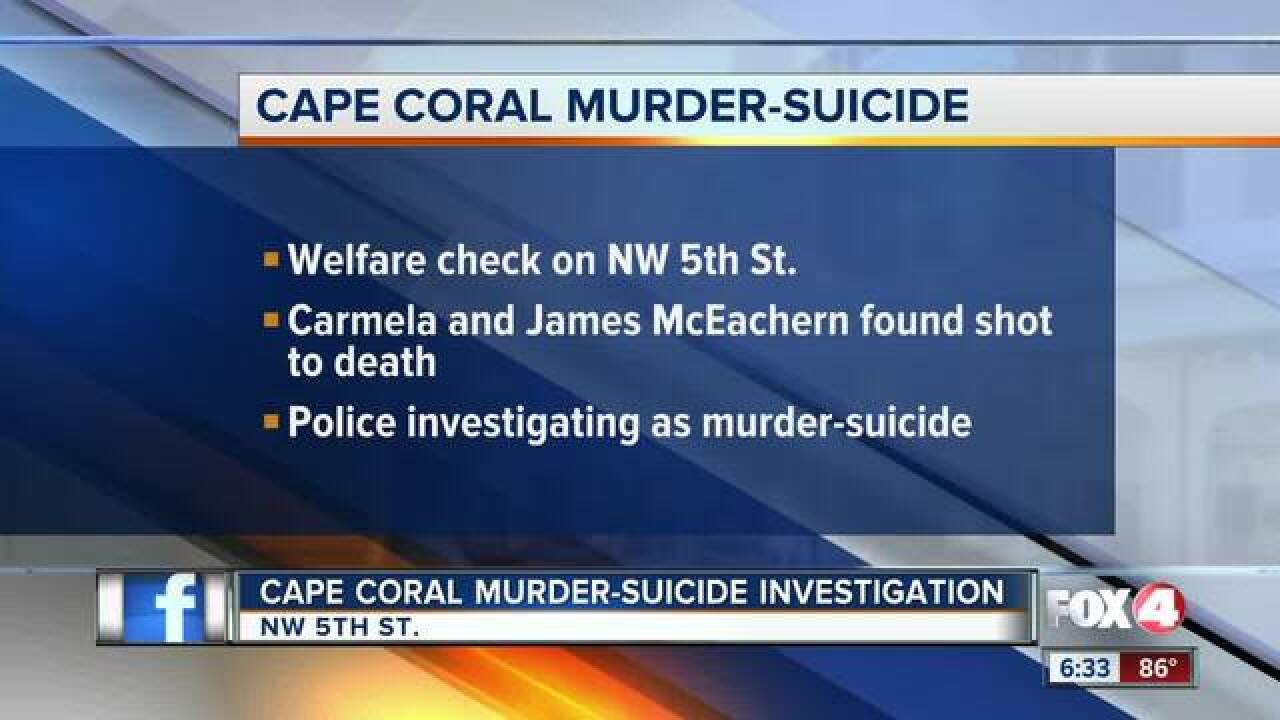 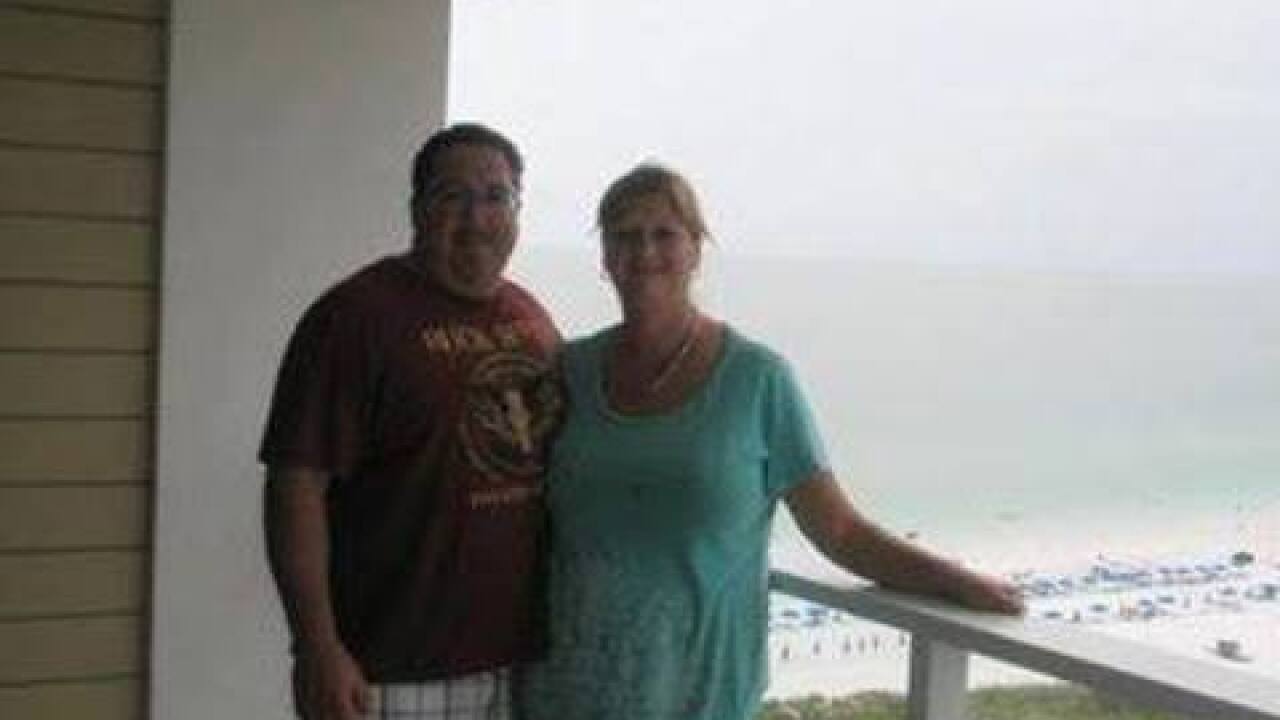 CAPE CORAL, Fla. -- Police say a disturbance had occurred at the Cape Coral home where a couple was found dead Wednesday.

The couple has been identified as 54-year-old Carmela McEachern and 48-year-old James McEachern.

According to a Cape Coral Police incident report, Carmela's adult son requested a welfare check on his mother after not hearing from her in several days.

An officer and the son entered the home in the 2000 block of NW 5th Street on Wednesday afternoon. where the officer noted that "there was a clear sign a disturbance had occurred."

Police later confirmed that the couple died of gunshot wounds. The bodies of the couple were found on the living room floor.

The investigation is still active, but police say no suspects are being sought.