Hundreds of thousands are taking advantage of early voting in Florida 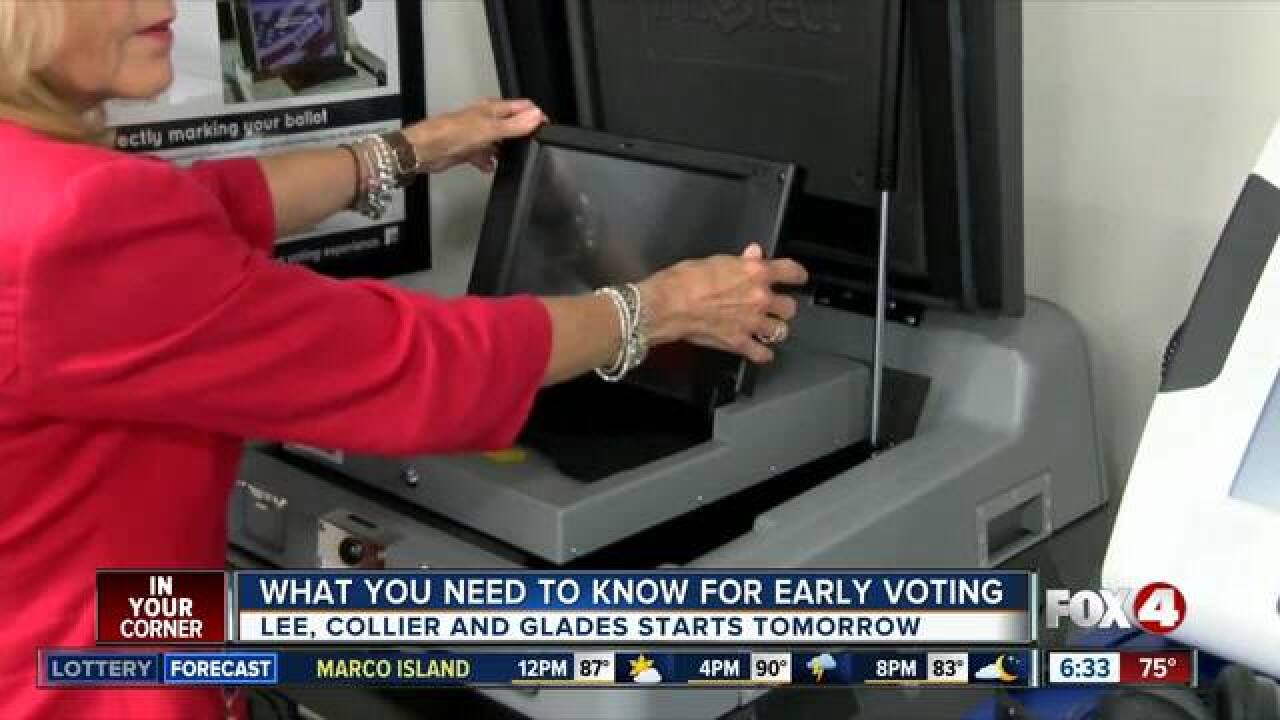 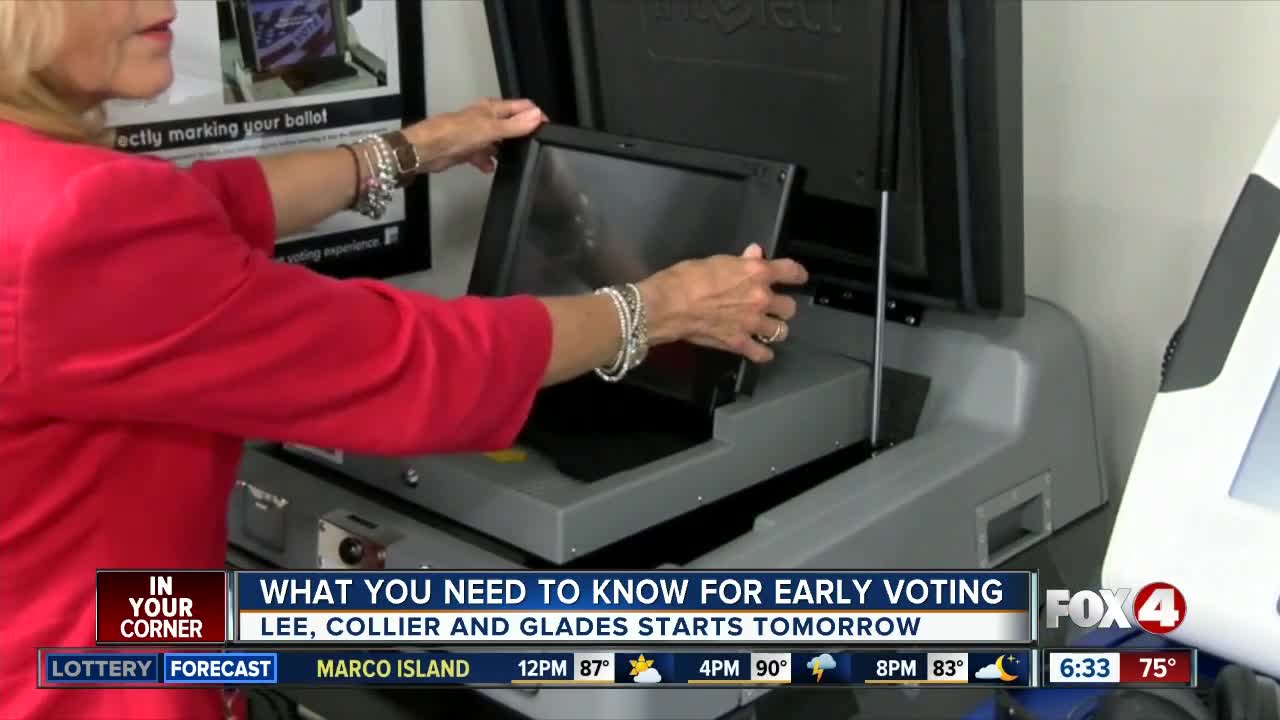 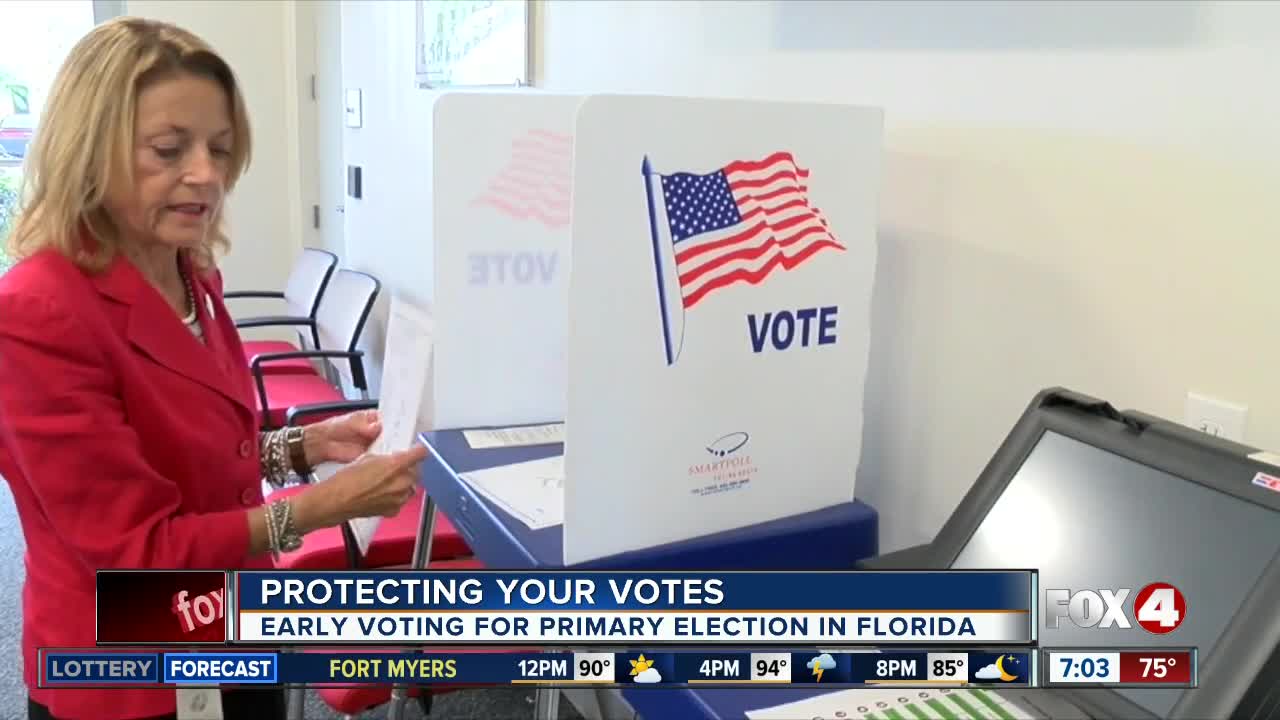 Florida's primary is 11 days away but nearly 800,000 voters have already cast their ballots. People are taking advantage of the state's early voting and mail-in ballot laws.

The Florida Division of Elections says more than 739,000 voters have mailed in their ballots. More than 38,000 have voted.

Lee, Collier and Glades counties will open up Saturday.

WHAT YOU NEED TO KNOW BEFORE YOU VOTE.

Before you head out for early voting, make sure to bring a valid form of I.D. like your driver’s license.

Those who want to vote but live out of state can mail-in ballots. However, the mandatory deadline is on primary election day, which is August 28th. Anyone registered to vote can request a ballot to be mailed but you have to ask by Wednesday, August 22nd.

Election day can be hectic so first time voters may want to vote early because they can vote at any polling location. You are not required to vote in their precinct.

Below is a list of links of polling locations in Southwest Florida:

After the 2016 Election, the Department of Homeland Security marked elections as critical infrastructure. It meant Florida got federal funding to strengthen election security.

Polling locations use one of two ballots, paper or electronic. Across the state, software used to count votes is not connected to the internet; that way it makes it difficult for hackers to break in.

Each county has been able to apply for a grant for voting security. Collier County received $262,000 that they use to advance training and equipment. The new technology also allows officials to monitor unusual activity.

Edwards says they are constantly looking for ways to protect your votes.

“We have very robust physical security processes that we apply when we are getting the equipment ready, transporting it and putting the equipment in the polling locations,” said Edwards. “We have a chain of logs everyone has to initial, count and keep up with.”