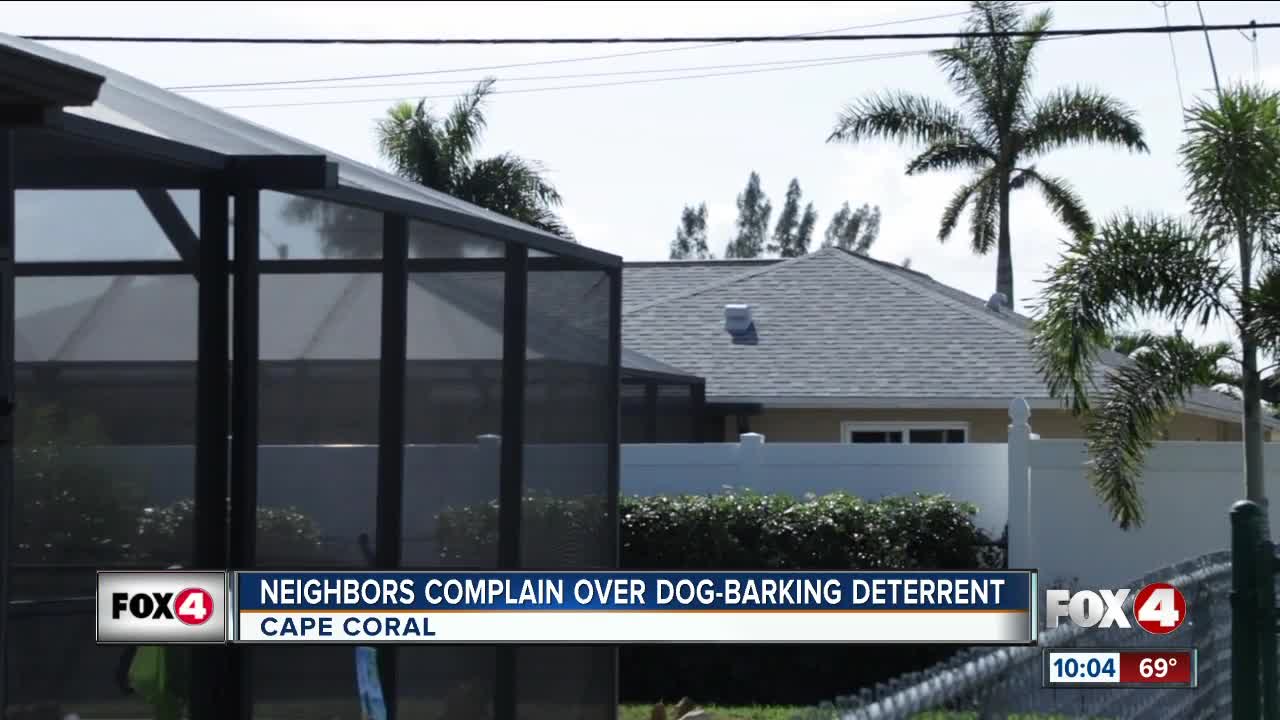 CAPE CORAL, Fla. — Think of a dog whistle, only it’s used to stop dogs from barking.

These anti-barking devices are sold in pet store, but are not supposed to be heard by the human ear.

Unfortunately for Kelly Maceranka and her neighbor Elaine Cerna, that’s not the case. About two weeks ago, both women started hearing a high-pitched noise every time they let their dogs outside.

A neighbor across from them bought the device to emit the noise of barking.

“If he hears the dogs bark once or twice, you see the back sliding door open up, and every time the dog barks, he hits it,” Maceranka said.

Maceranka and Cerna both received letters in the mail from Lee County Domestic Animal Services a few months ago, later to find out it was the same neighbor filing complaints for “excessive barking”.

The neighbor, who says his first name is Bob, did not want to go on record but compared it to living next-door to a dog kennel. He says a solution would be for Maceranka and Cerna to build a privacy fence to deter the noise.

Most of the neighbors said Maceranka’s and Cerna’s dogs are not barking excessively.

“I mean it’s like something normal. It’s not like they bark the whole day,” said Onisha Kozora, a neighbor on the street.

Pet stores like Petco sell these devices. A manufacturer said they are harmful to people or dogs and comply with Federal Communication Commission standards.

When filing a complaint, Lee County Domestic Animal Services requires each complainant to have 15 minutes of video evidence and must provide a sworn statement.

Below is a list that constitutes noise issues in Cape Coral: