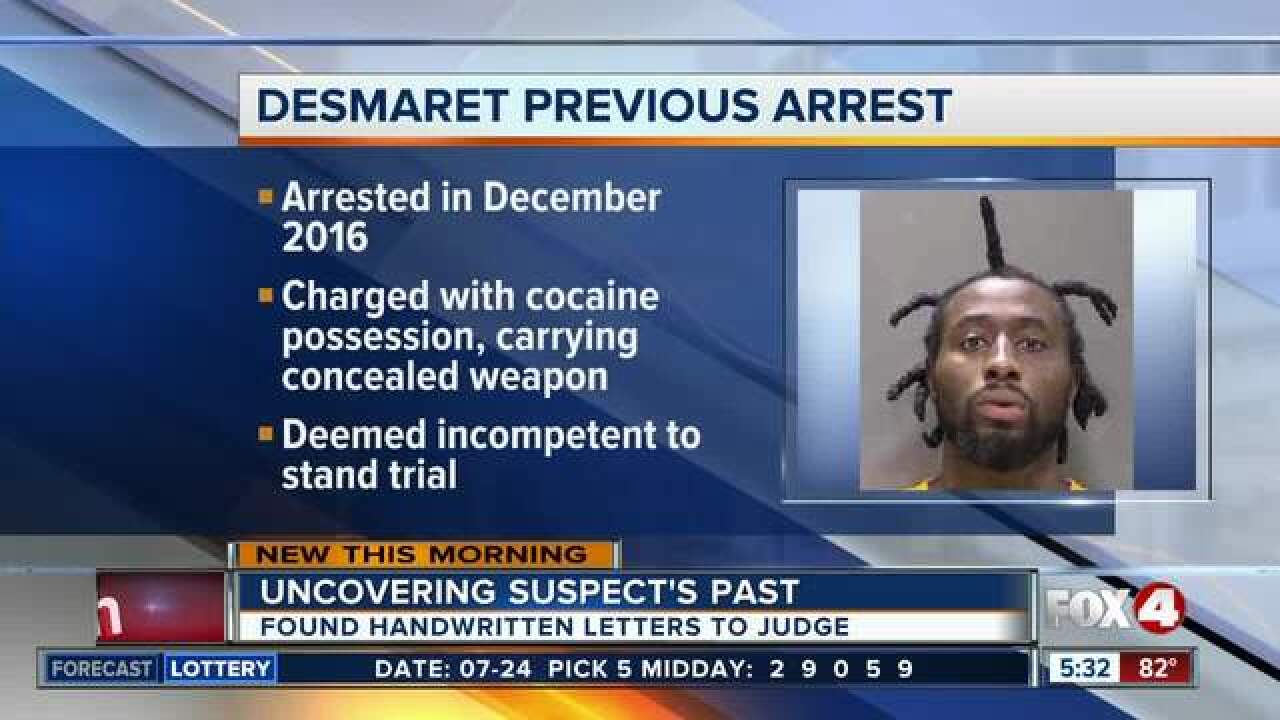 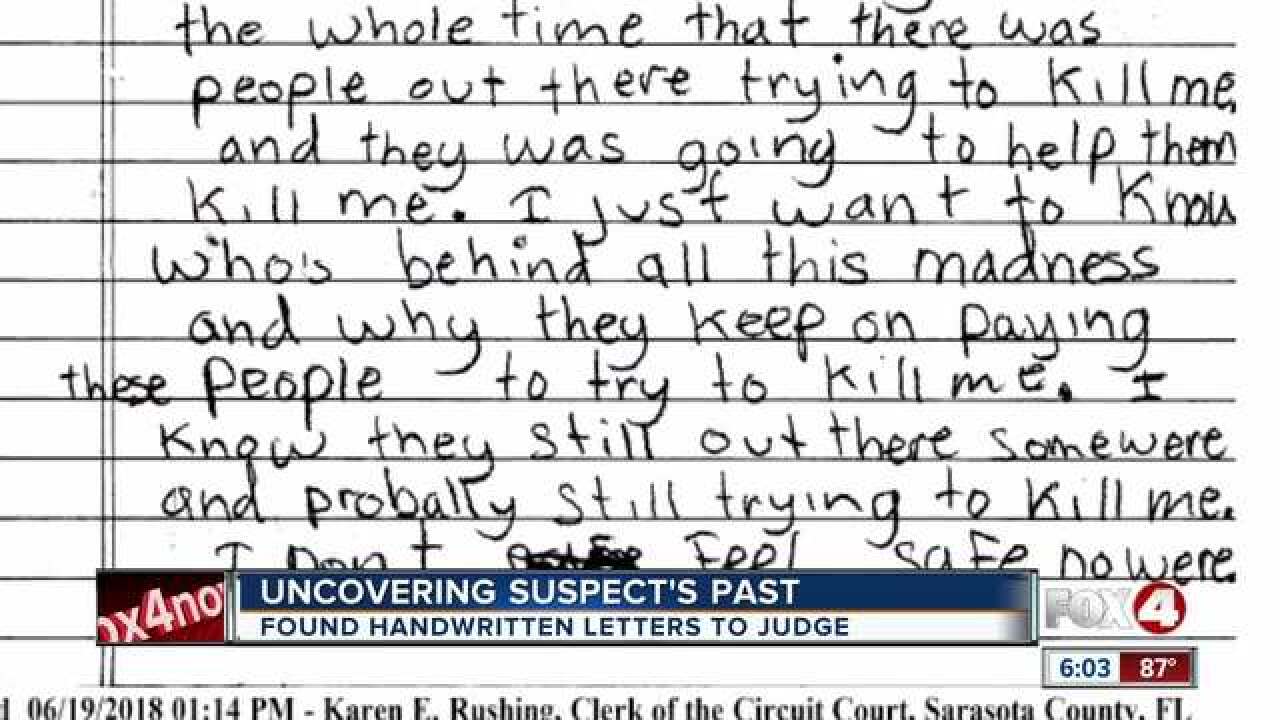 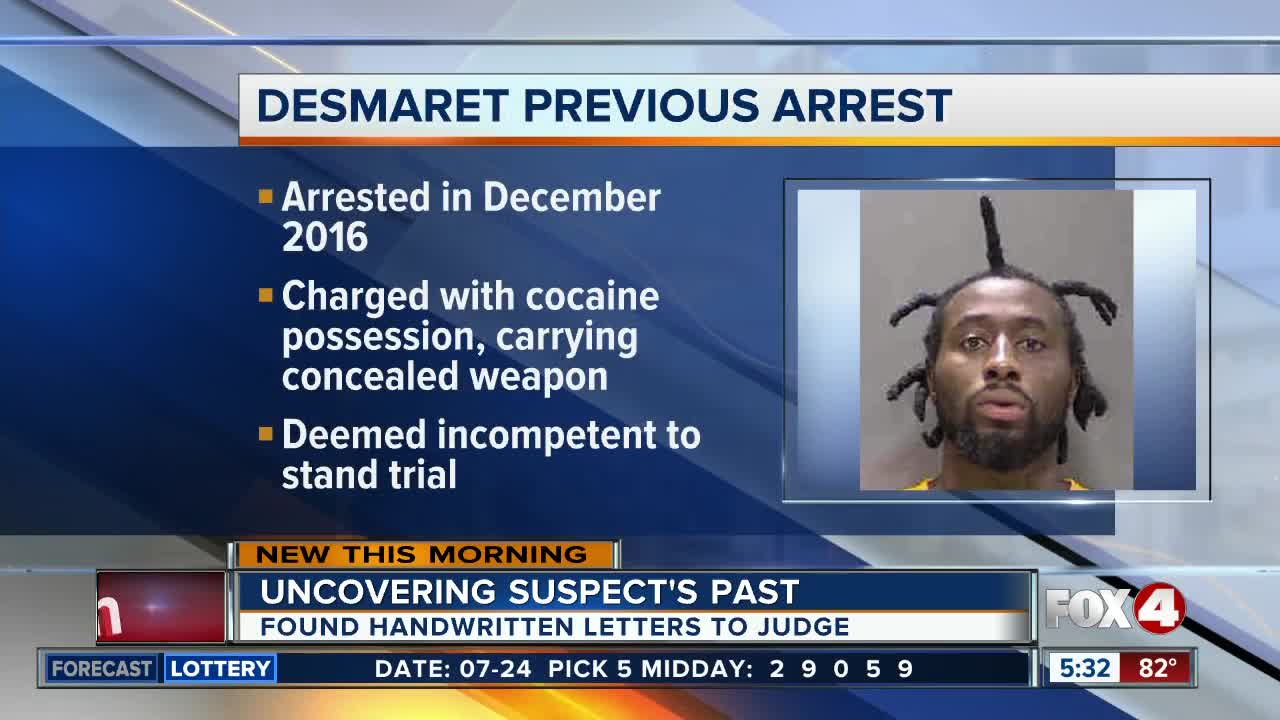 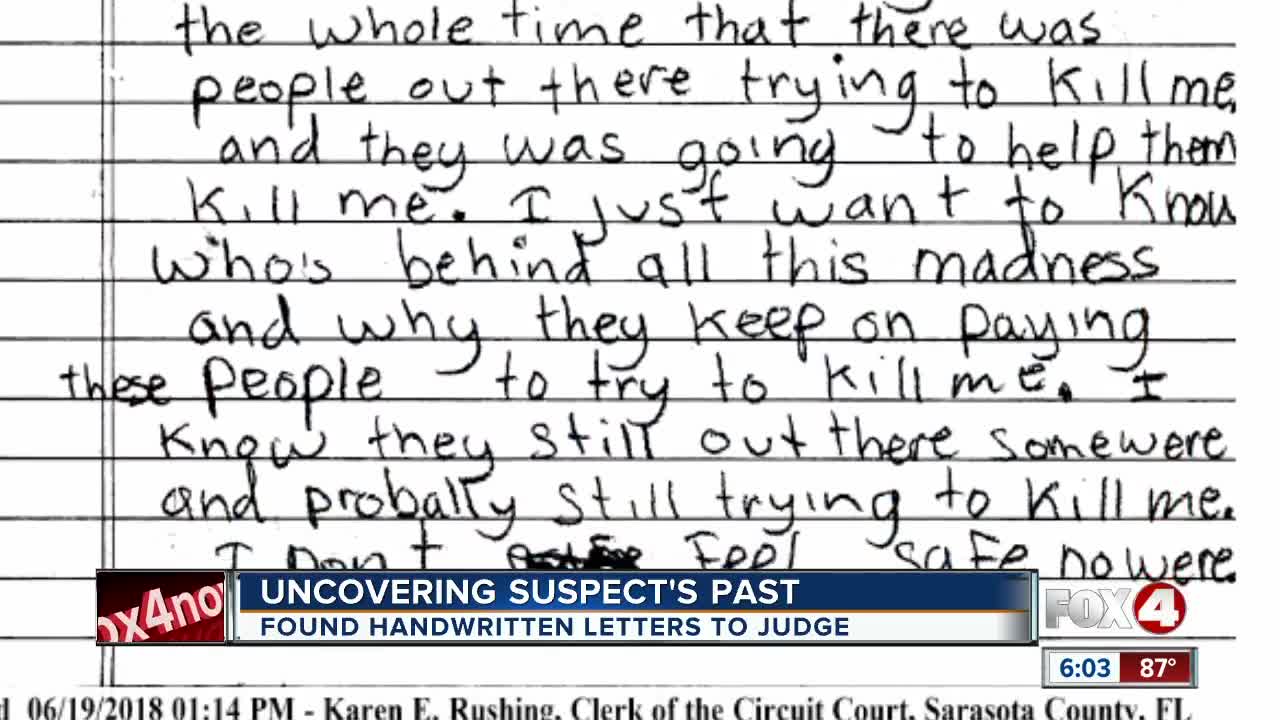 Fox 4 is looking deeper into the past of the man accused of shooting Officer Adam Jobbers-Miller.

We uncovered some letters 29-year-old Wisner Desmaret wrote to a Sarasota County judge for a different case.

Desmaret letter to court about being paranoid

He wrote them to Judge Stephen Walker in June. It shows the state of mind he was in just weeks before the shooting.

The letters were received on June 19th and 27th

Desmaret wrote in the letters saying people are following him and trying to kill him, including the FBI and CIA.

At one point, he says in the letters that the Sarasota jail gave him the wrong medicine and feels better when he’s in the hospital.

He also mentioned that he feels paranoid and unsafe.

According to court records, Desmaret was arrested in December of 2016 for a different crime.

Police say he was holding a knife, carrying cocaine and yelling outside a restaurant in Sarasota.

He was arrested and charged with carrying a concealed weapon and possessing cocaine.

However, he was found incompetent to stand trial on those charges.

For the past year and a half, he went back and forth from a state mental facility to jail.

During that time, he wrote letters to the judge.

In July, he was found competent so his case proceeded.

He bonded out of jail just two days before being accused of shooting officer jobbers-miller.

If doctors do not formerly release him today, they said Desmaret will do a video conference with the judge, the state and defense from inside the hospital as an alternative.