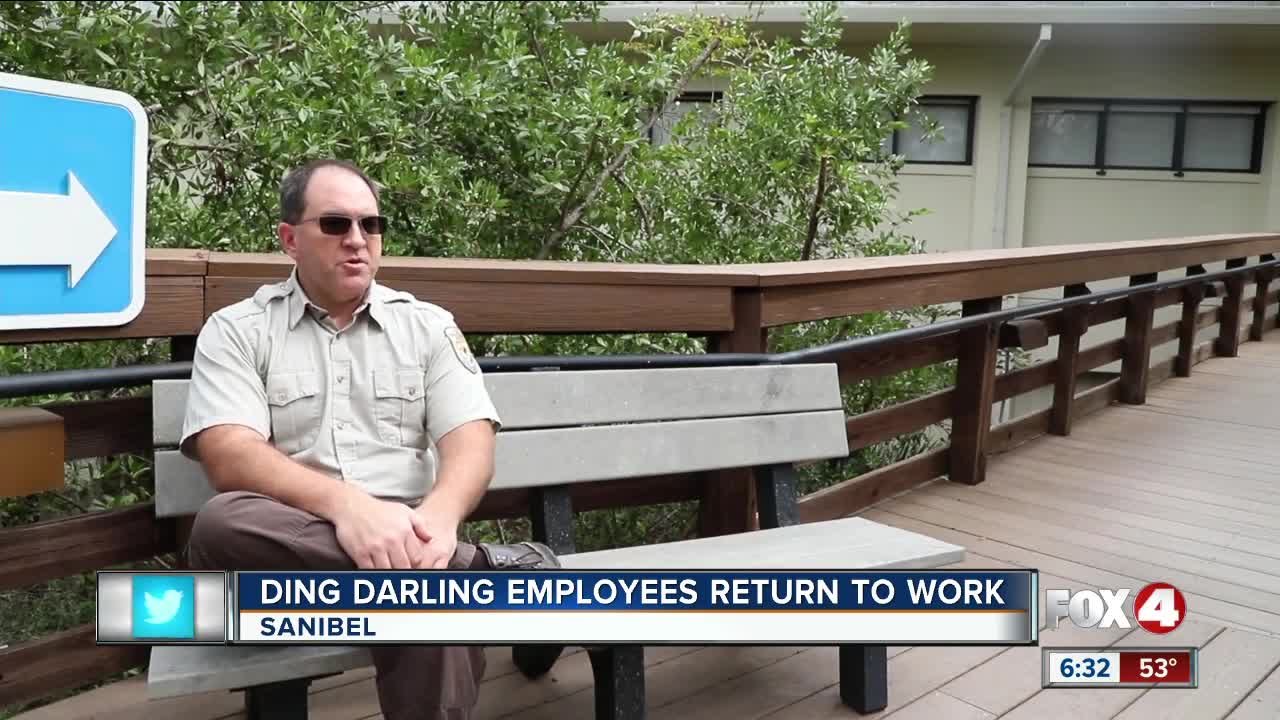 SANIBEL, Fla. -- 'Ding' Darling Wildlife Refuge is back in business, with a full team.

There’s no government shutdown for now since President Trump announced a deal to temporarily re-open the government. For now, 6 furloughed workers jumped at the chance to get back to work, for the first time in a month.

One of those workers was Deputy Refuge Manager, Nate Caswell. He described his time away in one word: uncertainty.

“The uncertainty is tough, especially on this one, cause watching the news it looked as though there was no end in sight,” said Caswell.

38 out of 567 national wildlife refuges were selected to be opened with limitations, as priority refuges during the shutdown; 'Ding' Darling was one of them. The education center and trails were opened to the public, but without a full team, that caused things to pile up.

Caswell mentioned maintenance as one thing that needed to be attended to. He says some trees that serve as, “viewing windows,” needed to be trimmed. Their local friend's group helped pay for a contractor to get that taken care of.

“That’s one of the things people don’t realize, we have four miles of this road to maintain,” Caswell said.

With President Trump’s deal to end the shutdown temporarily, there’s still a sense of uncertainty, not only for Caswell but his colleagues too.

“From a professional standpoint it’s difficult to plan when you don’t know what’s going to happen in three weeks,” Caswell said.