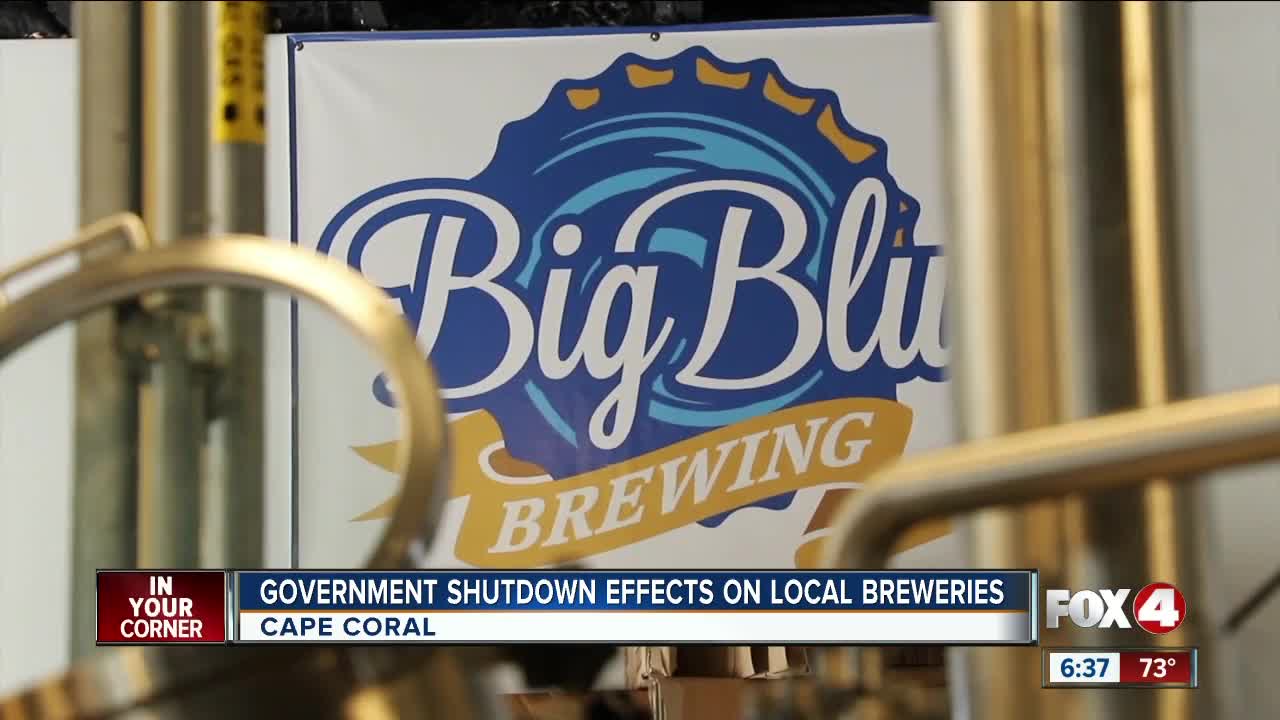 CAPE CORAL, Fla. — You would probably never expect the Government shutdown to have an impact on Breweries, but it can.

In order to make a unique craft beer, it starts at the federal level, starting at the Alcohol and Tobacco Tax and Trade Bureau. Which is closed during the shutdown.

The agency is in charge of approving labels and licensing for new beers that breweries develop.

William Vaughan, Head Brewer, of ‘Big Blue Brewery, knows how it feels to not be able to make his own beer during a government shutdown.

“It’s really scary, and it can also really be a detrimental thing,” said Vaughan. He was working at a different brewery in SWFL during the 2012 government shutdown.

“If you wanted to say make an oyster stout, and you wanted to put it on the market, you’re not going to get it approved because they have to approve you to make that,” he said.

This time around, his brewery isn’t facing that problem. Fox 4 called around to several other breweries in the area and they tell us they are not feeling the impacts on the government shut down.

Craft brewers who need labels and licenses approved will have to wait until the shutdown is over.