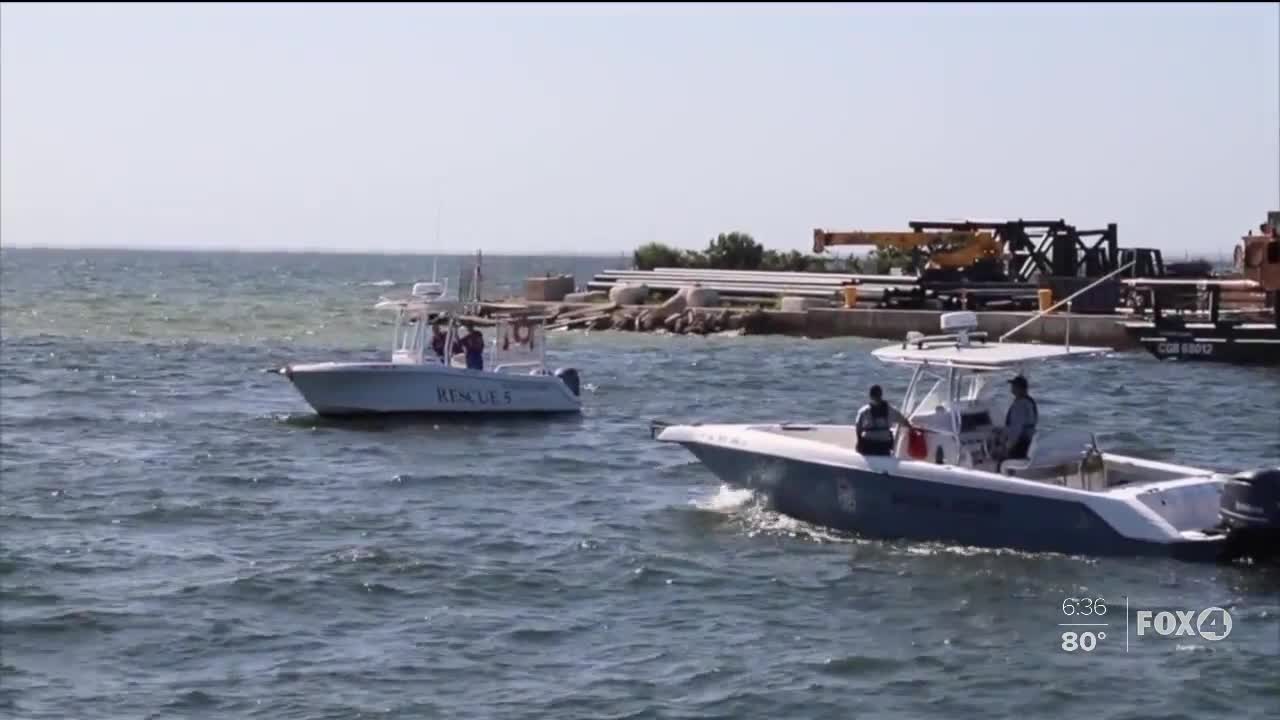 During National Safe Boating Week and the release of the 2019 Boating Accident Statistical Report, FWC encourages boaters to focus on effective steps that make boating safer.

LEE COUNTY, FL. — Agencies across the U.S are teaming up once again to promote safe boating practices.

It's part of the annual "National Boating Safety Week," which runs from May 16 through May 22.

"Every year at this time, we try to spread the message about boating safety and making sure that operators are behaving themselves," said Officer Adam Brown with the Florida Fish and Wildlife Conservation Commission.

With Memorial Day Weekend approaching, Florida Fish and Wildlife Conservation Commission officials are urging boaters to use caution on the water.

A big focus is making sure boaters have enough life-jackets for all passengers, and are encouraging people to wear them at all times.

"Often time boaters will find themselves in the water unexpectedly, and if you're wearing it, you're more likely to survive a bad incident," said Brown.

According to an FWC report, 65 boating-related deaths occurred in Florida in 2019.

Sixty-six percent of those boating fatalities were due to drowning.

Nearly 80-percent of boaters involved in deadly crashes last year did not have any formal boating education.

"We certainly encourage people to get some education, it will help them greatly to stay safe on the water," said Brown.

Boaters are also encouraged to make sure all safety equipment on the boat is up-to-date.

"There are other items that they can purchase as well that can help such as a personal location device," said Brown.

"You may be watching boaters, and it may save your life because the other person may not be paying attention the way they should," said Brown.

For boaters not following the law, a word of caution: officers will be looking for impaired boaters.

"A boater that is impaired will be arrested, so we definitely encourage boaters to find a sober operator, do not be that person, you don't want to find yourself in jail," said Brown.

Boaters could also face infractions if safety equipment is missing or is in bad condition.