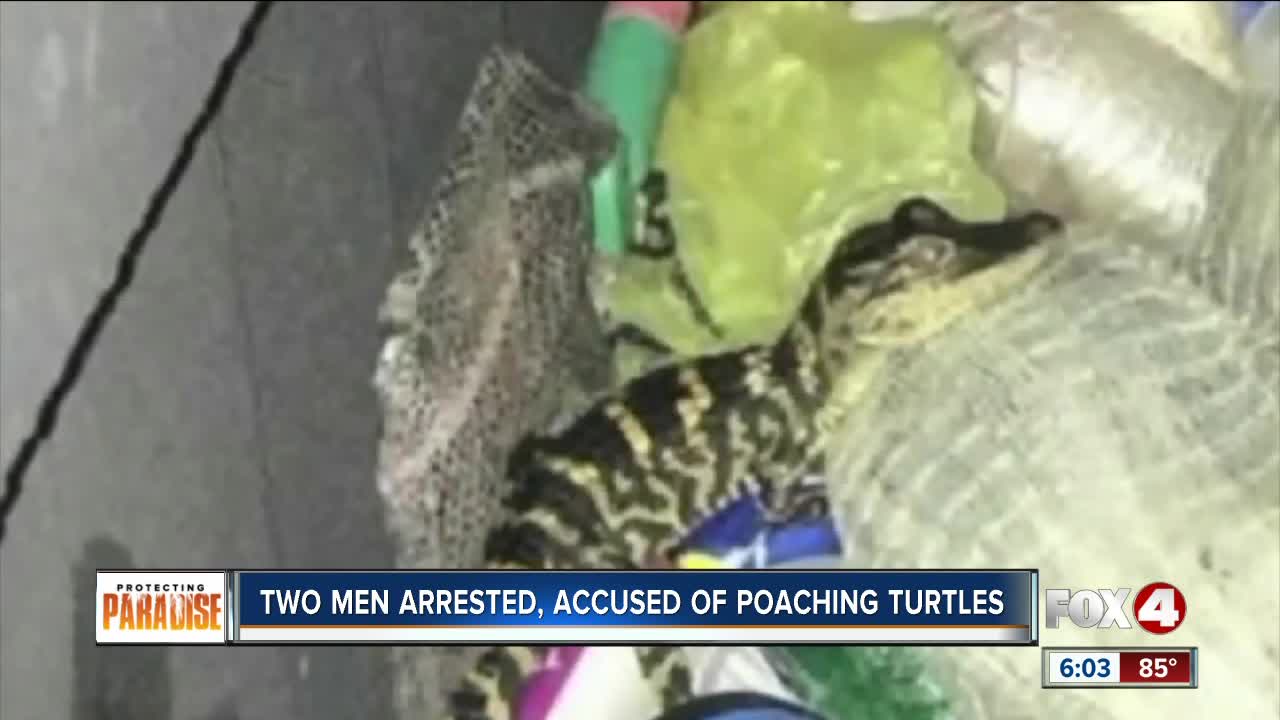 Two suspects have been charged for poaching thousands of turtles native to our state and selling them illegally. The Florida Fish a Wildlife Conservation Commission says this is the states largest seizure of turtles in recent history.

FORT MYERS, Fla. -- Two suspects have been charged for poaching thousands of turtles native to our state and selling them illegally. The Florida Fish a Wildlife Conservation Commission says this is the states largest seizure of turtles in recent history.

This investigation was launched in February of 2018 after receiving a tip. Both Michael Boesenberg and Michael Clemons face multiple charges.

FWC documented more than four thousand turtles illegally taken and sold just within a six month period. From the evidence gathered investigators says this was a ring of wildlife traffickers who were catching & selling turtles to reptile distributors and illegally distributors locally and overseas.

Depending upon the species the poached turtles sold at $300 a piece and retailed $10,000 each in Asia. More than 600 turtles returned to the wild and two dozen were quarantined and later released. The sellers of the turtles received mostly cash but also traded the turtles for marijuana products.

Nine different species of turtles were found during the raid including Florida box turtles, Eastern box turtles, Striped mud turtles, and Chicken turtles. The turtles taken by FWC were estimated at $200,000 black-market value.

“The negative impacts to wild turtle population stretch beyond Lee County and Florida, the true extent of the theft and negative impacts this activity has caused may never be known.” Major Grant Burton, Floria Fish and Wildlife Conservation Commission.

Investigators say although they have arrested the primary suspects during this bust, they estimate anywhere from 10 to 15 more people are involved.

FWC encourages the public to help in reporting suspected wildlife violations by calling the Wildlife Alert Hotline at 888-404-FWCC (3922) or text tip at Tip@MyFWC.com.