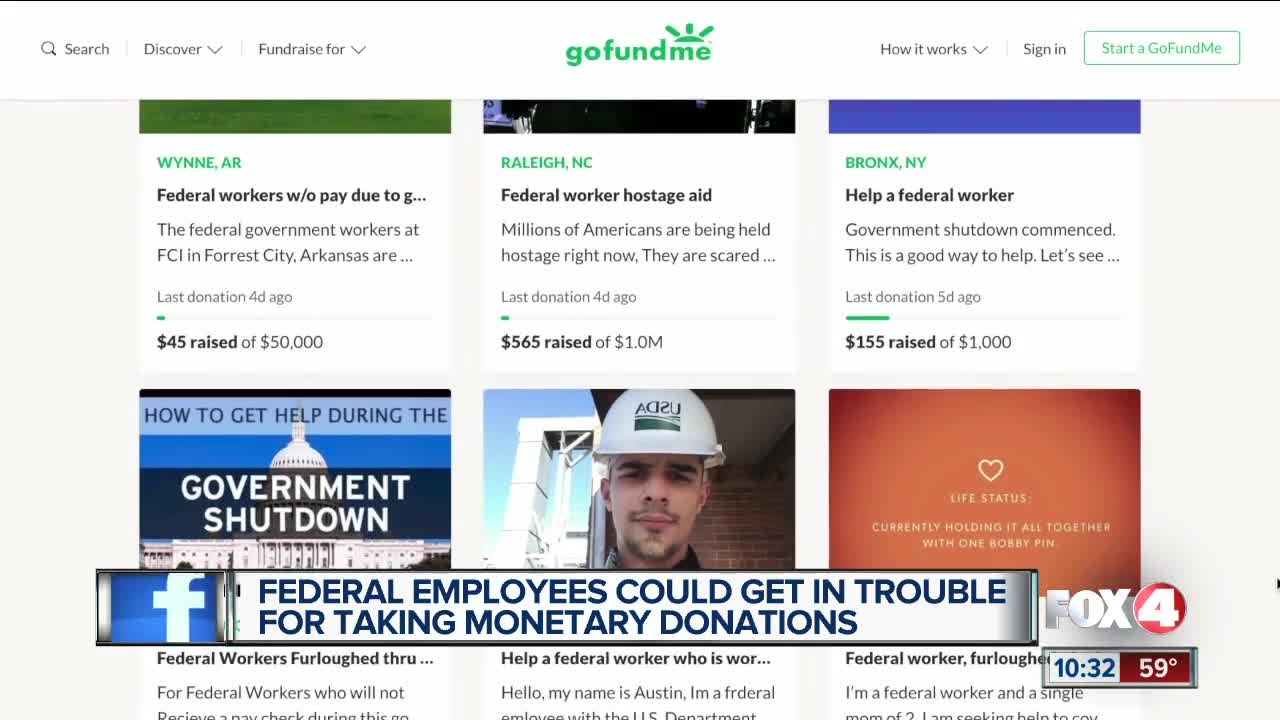 FORT MYERS, Florida — Federal workers are looking at alternative ways to get a paycheck since the federal government shut down a few weeks ago.

Some are applying for unemployment, working part-time jobs, and now seeking charity donations.

There are 1,800 GoFundMe campaigns raising donations for furloughed federal government workers, totaling around $400,000 in donations.

Steven Martin, an attorney in Cape Coral, says the legality of these GoFundMe campaigns is questionable.

“When you’re a federal employee, you got a whole different set of rules that you’re subject to. So you have to be careful,” Martin said.

To make sure you’re not breaking any laws, consult with a supervisor or authority figure first before starting a GoFundMe page, Martin said.

“I think it would be better for that person’s agency to say what their furloughed employees are able to do for receiving any of these donations or gifts,” Martin said.

Some local government officials are taking action for the federal workers. Fort Myers City Council member Johnny Streets asked his colleagues on how they can come up with a resolution for local federal government workers.

“Can we as a city do a GoFundMe or something to at least help the people in our area,” Streets said.

Streets just wants government officials to work together and find a resolution.

“Let’s put the party thing aside and think in terms of what I call the heart,” Streets said.