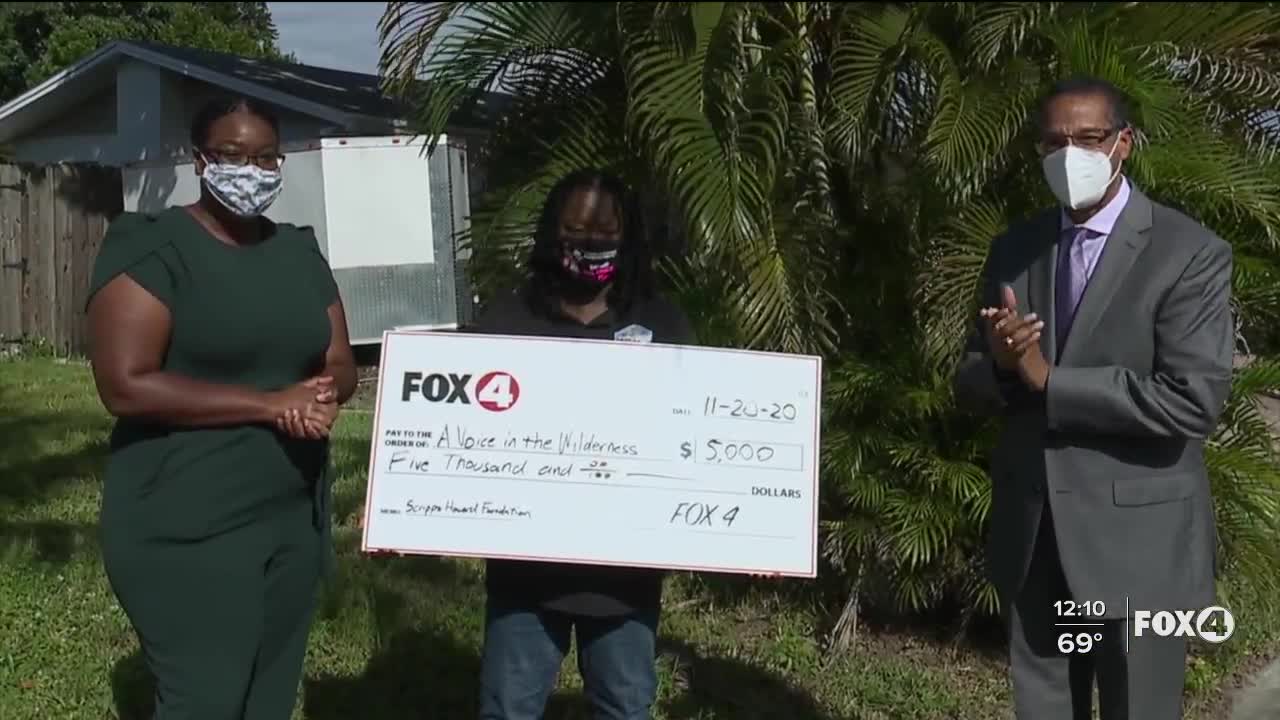 FOX 4 and the E.W. Scripps Company donates to non-profits in SWFL. 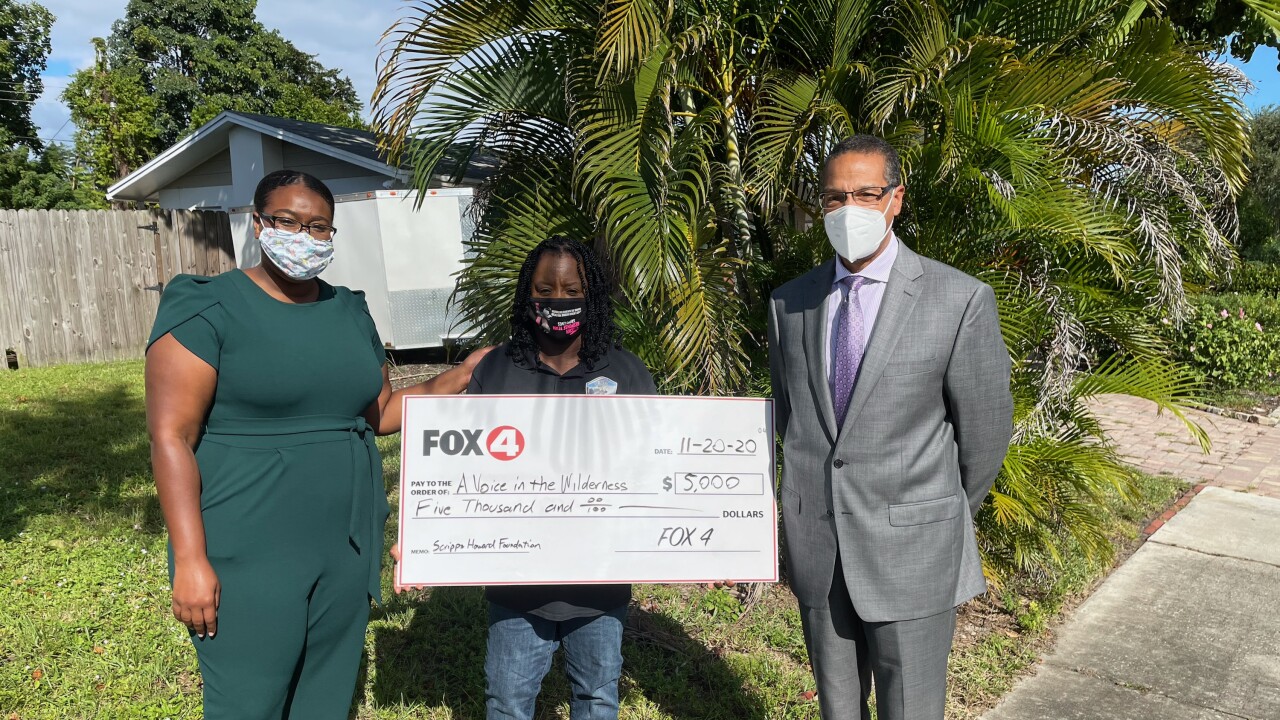 FORT MYERS, FLA — Playtime in the park is something most parents probably take for granted.

But for Katie Adams, who just got her four-year-old back, after spending months sleeping in a park, it's everything.

"We just recently got off the street to the Salvation Army on Edison [avenue]."

During her time of need, Katie tells FOX 4, that a woman named Ramona Miller played a major role in helping her with the tangibles.

"She'll bring out hygiene stuff and she's fighting for resources," she said.

But she adds that Miller also provided something intangible too.

"When you feel like you don't have a voice and you don't have hope, she's that for you and that's very important to give you hope because it's very easy to feel like nothing's going to happen out here," Adams said.

For the last 15 years Miller's non-profit called A Voice in the Wilderness Empowerment Center, has been working to meet the needs of others.

Miller says it all started while she was working to get people tested for HIV, following a spike in local numbers in the early 2000s.

"[As] Part of the questionnaire, they ask you 'How many sexual partners have you had?' and then you find out that they've had more than one or two, a day! Then it makes you ask 'Wait a minute, what's going on?' Miller said.

That questionnaire helped Miller identify and rescue many human trafficking survivors and people struggling with addiction.

And after doing that work, she says she quickly realized that there was a deeper underlying issue behind a lot of what she was seeing.

"I found that homelessness was the foundation of all of the problems that I was trying to eradicate," she said.

Miller says she's been a champion for the homeless ever since. And for years she's relied on donations, and sometimes her own checkbook, to get folks housed and plugged into the services they need.

After hearing about Miller's work, FOX 4 has decided to donate $5,000 to her cause, in partnership with our parent company E.W. Scripps and the Scripps Howard Foundation.

If you want to donate to Miller too, you can do so by visiting her website or by making out a check to "A Voice in the Wilderness Empowerment Center," and sending it to P.O. Box 2486, Fort Myers, FL, 33902.

And if you need help, Miller says you should do this, without hesitation: