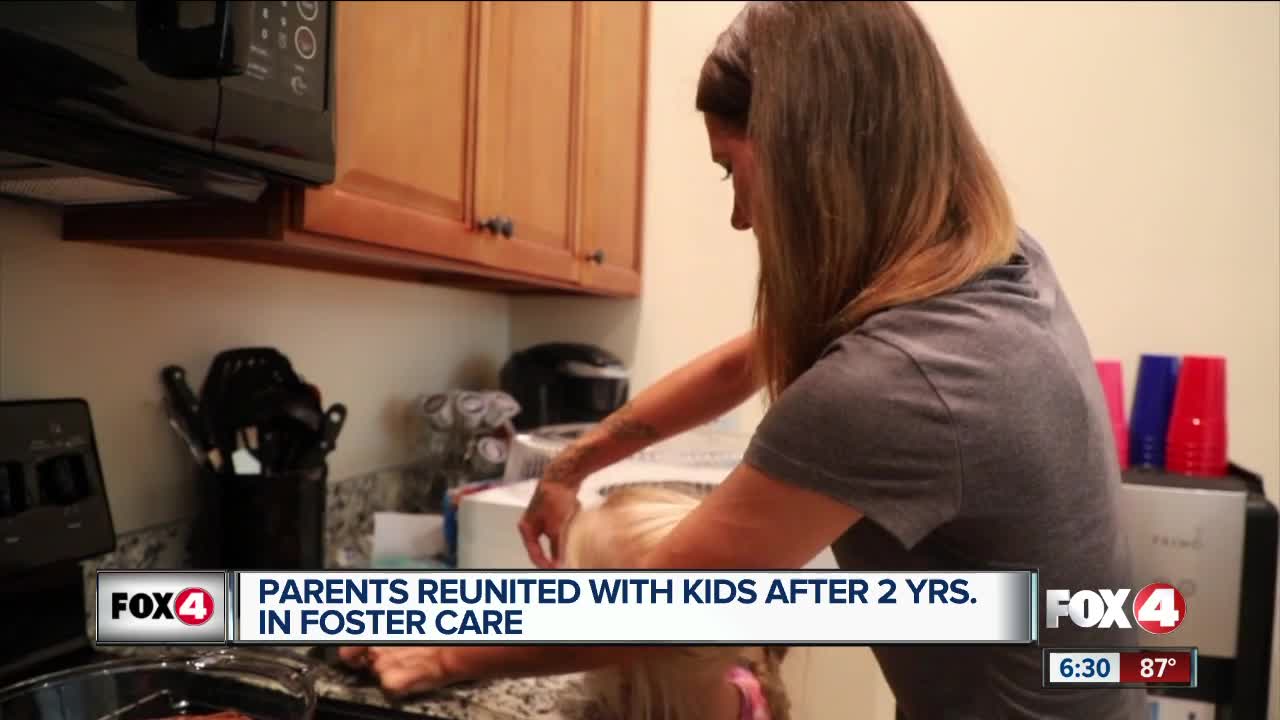 Parents reunited with kids after 2 years in foster care

CAPE CORAL, Fa -- Reunited and it has to feel so good, two kids are reunited with their biological parents after being in foster care for two years. Two years, four weeks, and four days to be exact, Shasta Hardesty and Johnathon Tobbe were counting the days without their two little girls, Emma and Luna.

"A lot of tears, a lot of heartaches but also a lot of relief," said Shasta Hardesty. "Seeing our girls over there playing, getting them up and having them all day it’s great finally being able to be a mom again."

It’s been a journey for Shasta Hardesty, she says for a while she dealt with mental health issues.

"They said you need to be monitored or you’re potentially going to end up killing your baby," she said. Eventually, her daughters moved in with their foster mom, Christina Dennis, who’s fostered seventy-five kids in eleven years.

"Mom and I had a rough start at first. Kind of rocky, but in the end it worked out," Dennis said.

Christina works with the Children’s Network of Southwest Florida, which currently helps nearly 3,000 kids on a daily basis. The goal is to help the families reunite through their system. Nadereh Salim, the CEO of the Children's Network says 60% of foster kids are successfully reunited with their parents.

"To go through the system and learn and get their kids back it’s a sweet moment," Salim said.

But after working through the system with the Children’s Network of Southwest Florida and frequent visits, both sides found family.

"We have an extended family now, I have a daughter another son, and two grandkids so we’re thrilled," said Christina Dennis.

A family is back together, bigger and better, and that’s all that matters.

"It was never a fight to question whether or not this needed to be finished. This was always a war we were always going to come out on top of," said Hardesty.