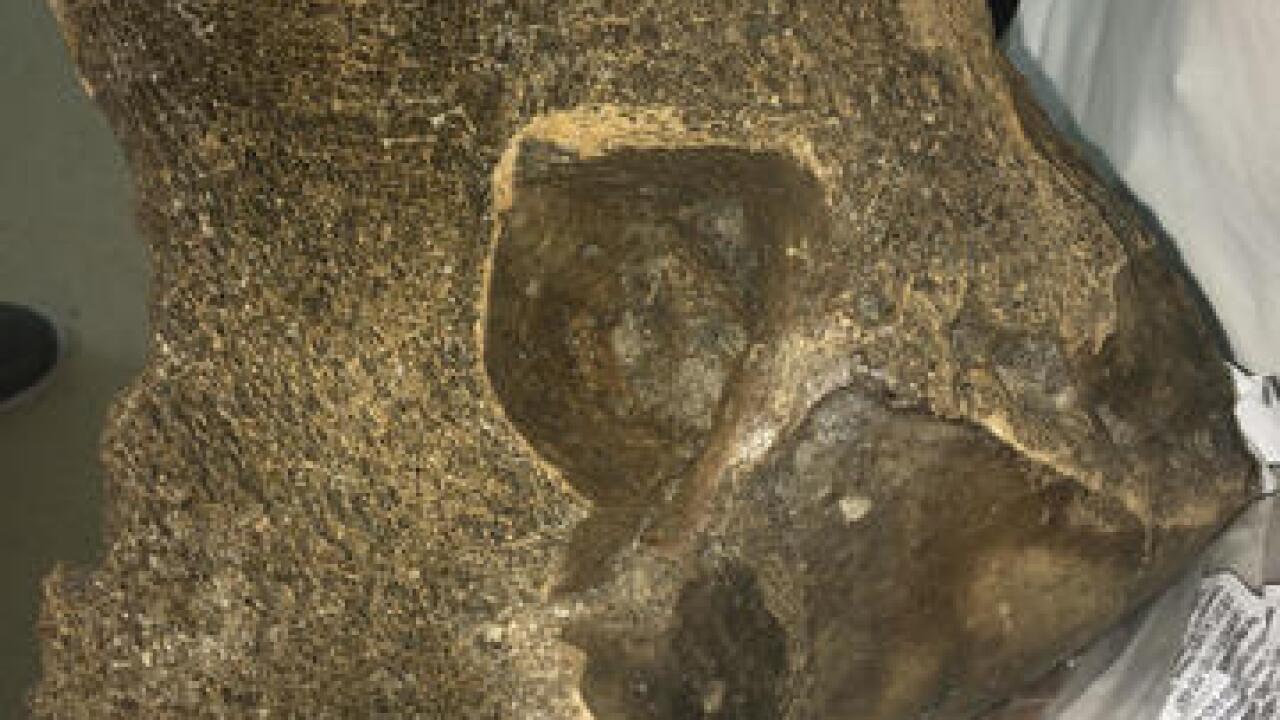 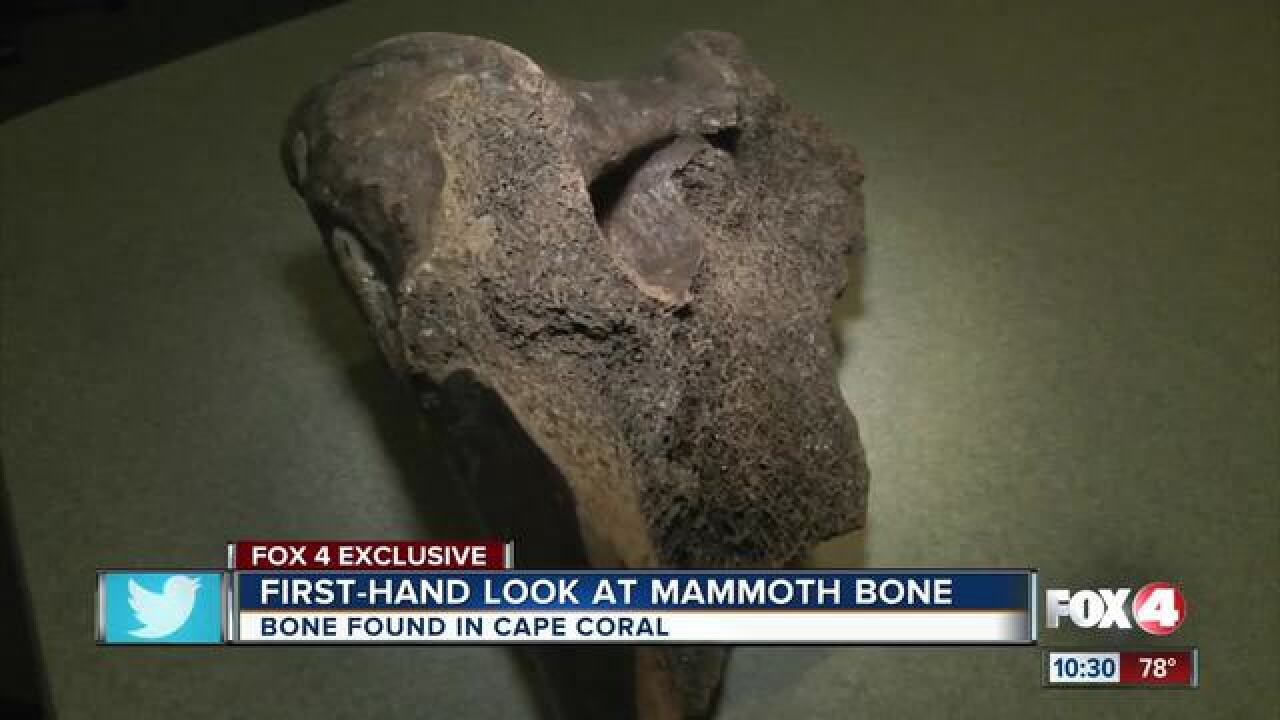 CAPE CORAL, Fla., - A local utilities crew discovered a fossil archeologists now believe may be of a woolly mammoth or mastodon.

The crew was digging in a trench 17 feet below the ground off of SW 19th avenue in Cape Coral last month.

The crew turned over the fossil to the City which brought in archeologists to assess it.

Robert Carr with the Archeological and Historical Conservancy says the fossil fragment was probably part of the mammoth’s humorous bone, or upper arm.

The fossil is roughly one foot long and 10 inches wide.

He estimates the fossil dates back to between 12,500 years ago to as old as 250,000 years ago based on similar discoveries.

According to the report, during that time ‘glacial retreat led to the formation of savannas across Florida and herds of mammoth, bison, antelope, and horse roamed the peninsula.’

According to the Florida Museum of Natural History (FMNH), there are only two recorded mammoth fossil sites in Lee County.

However, Carr believes there may be other fossil beds within the City with the remains of other extinct mammals.

The City of Cape Coral plans to donate the fossil to the Cape Coral Historical Museum in the coming months.