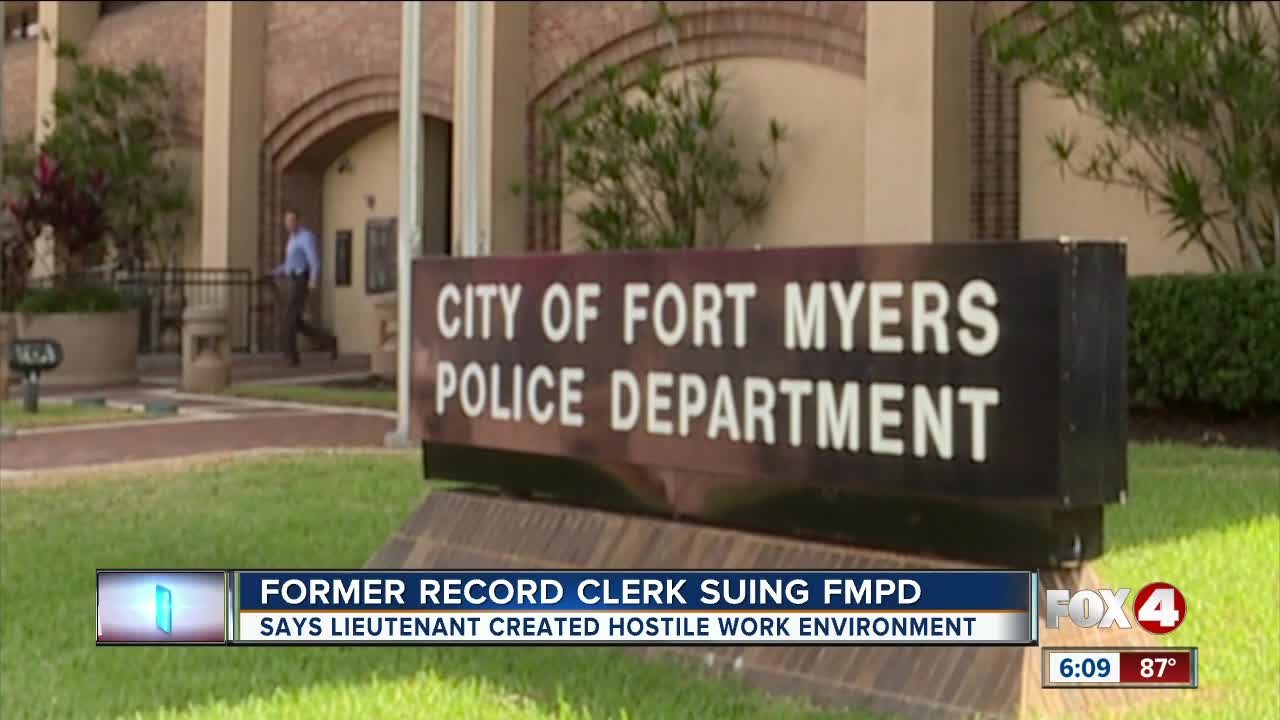 According to the lawsuit Suzette Warren filed last week, the City of Fort Myers terminated her in May. She claims it was based on her race, gender and disability.

FORT MYERS, Fla. — According to the lawsuit Suzette Warren filed last week, the City of Fort Myers terminated her in May. She claims it was based on her race, gender and disability.

The former Fort Myers Police Department records clerk said in the lawsuit “…race was a or the determining factor in defendant’s decision to terminate her employment as a records clerk.”

Suzette Warren claims Lieutenant William Musante subjected her to a random uniform inspection in front of her co-workers. According to the lawsuit, after she complained to the human resources department about the inspection, Musante confronted her about the complaint with HR present.

Florida Gulf Coast University law enforcement expert Dr. David Thomas said Warren did the right thing by going to HR, but the police department should’ve formally investigated Musante, rather than put him in the same room as Warren.

“In most instances, you should separate the parties. By that I mean somebody should be reassigned. In this case it should not be the complainant, but it should be the person who is the alleged suspect in this case,” he said.

Councilman Johnny Streets said supervisors racially discriminated against him too when he worked as a police officer for FMPD. Streets said if warren’s claims are true and the discrimination continues today, the city needs to address the police department’s needs before they get hit with more lawsuits.

“That was part of a conspiracy to get rid of us anyway,” he said. “If they keep coming and we’re still spending money and nobody’s getting punished, well then something’s wrong.”

A spokesperson for the City said they don’t comment on pending litigation. Streets said the mayor, council and department need to analyze who’s working within the department.

“We have trained people very well. But there’s some people who know the law, but they have their own law,” he said. “There’s something that happens before training. Who you hire.”

Warren is suing for back pay and punitive damages.