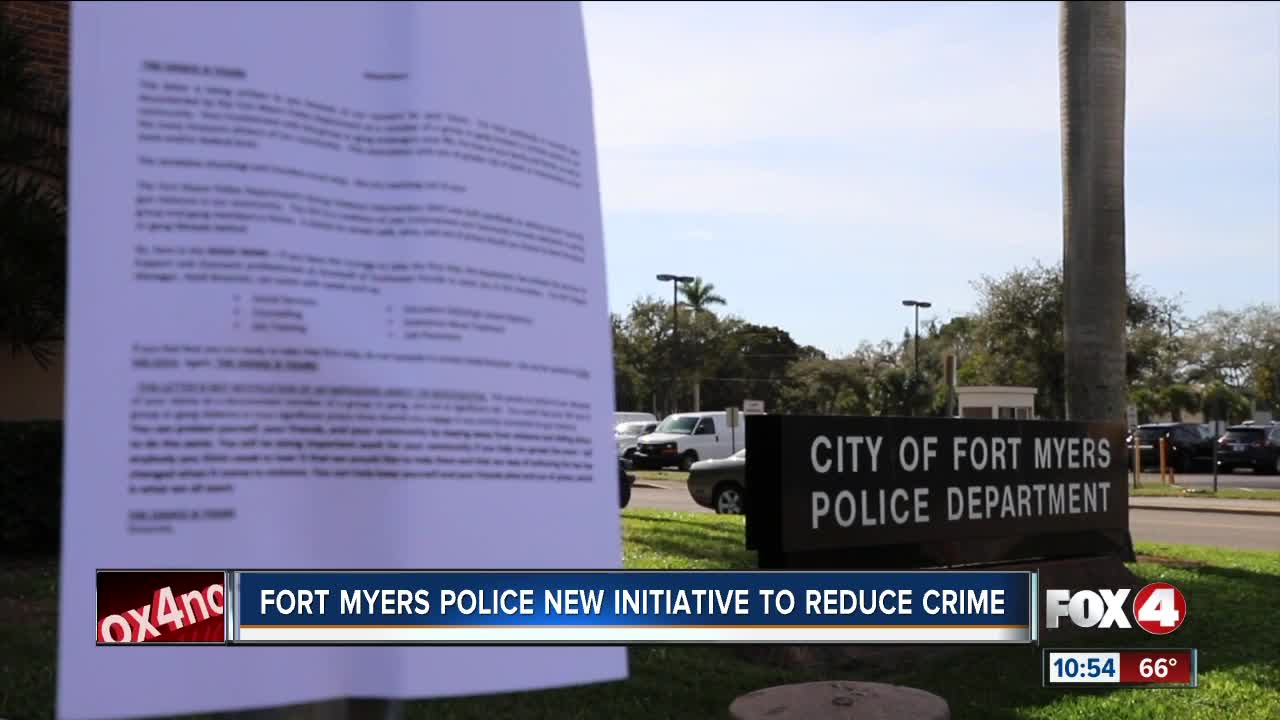 FORT MYERS, Fla. — The Fort Myers Police Department is working to stop violence in your community by creating a doorway for offenders to break out of criminal behavior.

Other cities using the same program have seen a 30 to 40 percent reduction in crime.

Here’s how it works.

There’s a team that identifies people who are involved in group or gang violence.

“This isn’t a generalized letter that goes out to many, if you are getting this letter it’s because you’ve been identified as a participant of violent crime,” said Captain Jay Rodriquez, FMPD Operations/Investigations Bureau.

Next, there’s a social support piece that works in connection with Goodwill of Southwest Florida.

“Goodwill has been amazing, in getting interviews for individuals the next day, even individuals with felony convictions on their record, and getting them employment assistance, GED’s, clothing,” said Brescher.

“There’s the resources and that’s huge and it doesn’t get offered much,” said Rodriquez.

“Good first step in the right direction, they need to alter some of their language, because this is saying that basically we’ve identified you, well that raises questions,” said James Muwakkil, President, Lee County NAACP.

Fort Myers Police Department says no arrest would be made if you decide to use the service, only if that person is involved in a crime after this was offered to them. Ten people in Fort Myers have been sent the letter and some have taken advantage of GVI.