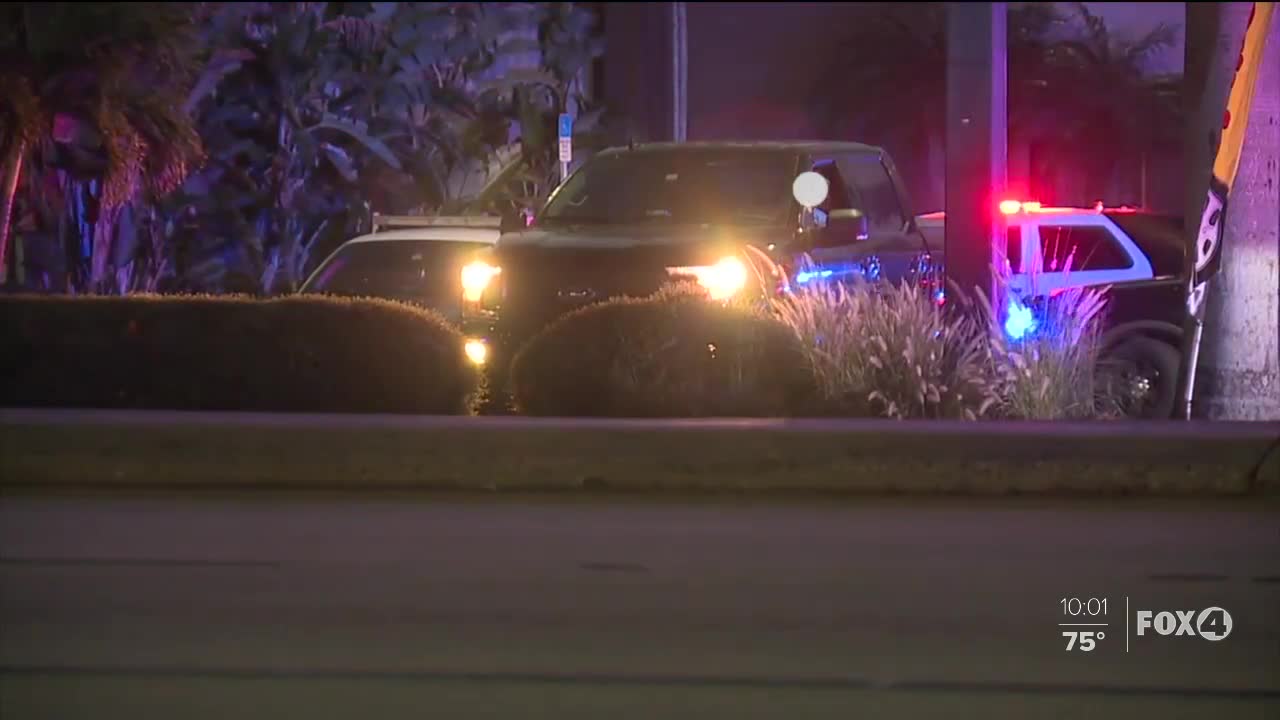 The Fort Myers Police Department and the Lee County Sheriff's Office responded to report of a 'distraught man' on Cleveland Avenue Friday night.

Bystanders were asked to back up from the line of fire, as armed law enforcement held what looked like a negotiation with a gentleman in a black truck.

The man was parked in the parking lot of the Garvin Law Firm.

Two witnesses Fox 4 spoke with say after seeing more than a dozen law enforcement cruisers respond to the scene, they knew something big was happening.

"You know you have a six lane road and all of sudden there is an area where everything is blocked off. At first you think the worst. You know there is something going on, something happened, somebody got hurt," said David Smith.

"This was a big deal, something obviously happened. They don't just send half of the lee county sheriff's office and fort myers police for one traffic stop," said David Segal.

After about an hour and half of talking, the man was led away by law enforcement and the road eventually reopened.

Police later released a statement saying the man in that truck was "distraught," but they were able to successfully calm the situation down.

It's an outcome that those who watched this all unfold say they're grateful for.

"I believe the response was good, nobody got hurt and we don't got anybody going away in a bag," said Smith.

Fort Myers police say there is no danger to the public at this time.

Fox 4 is still waiting on more information about the nature of this incident.