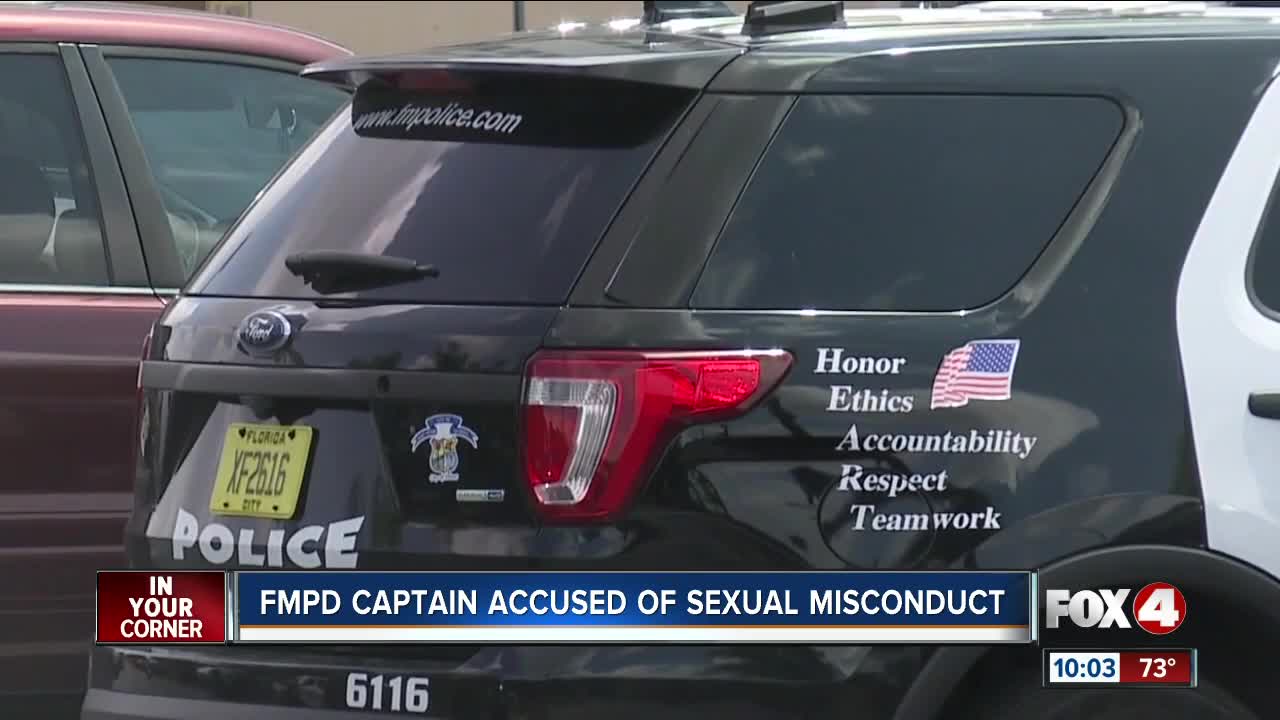 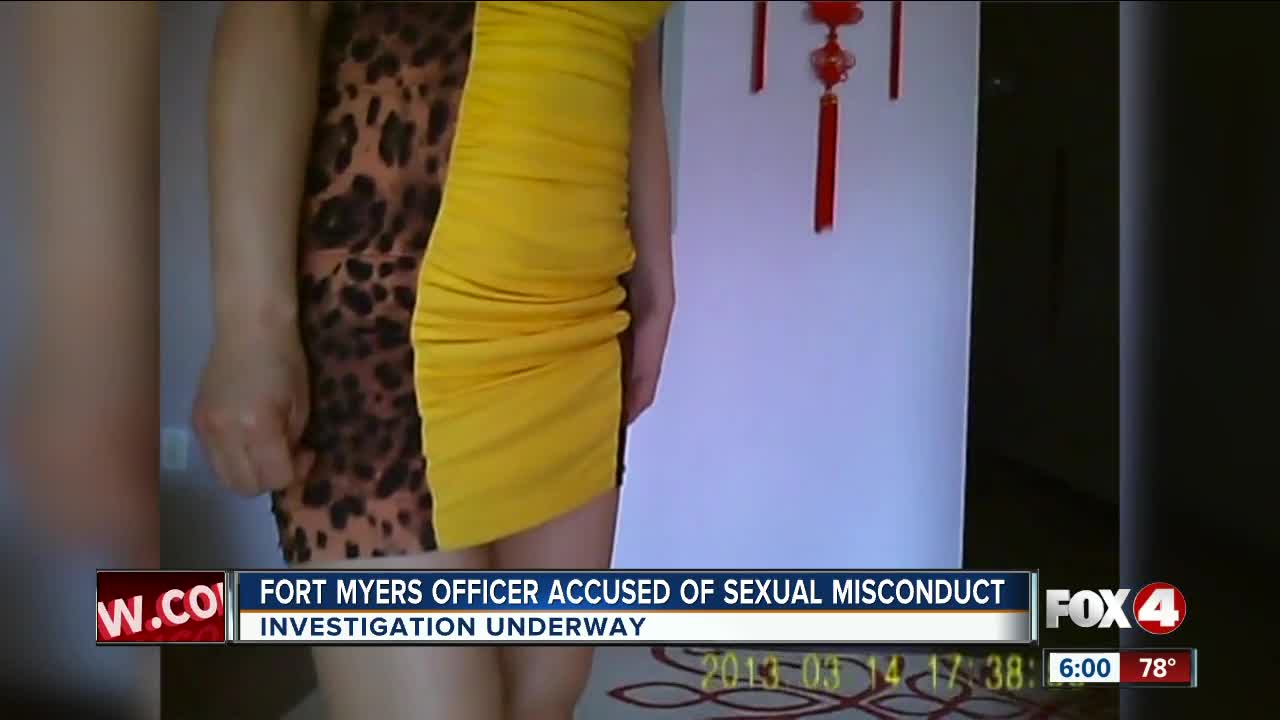 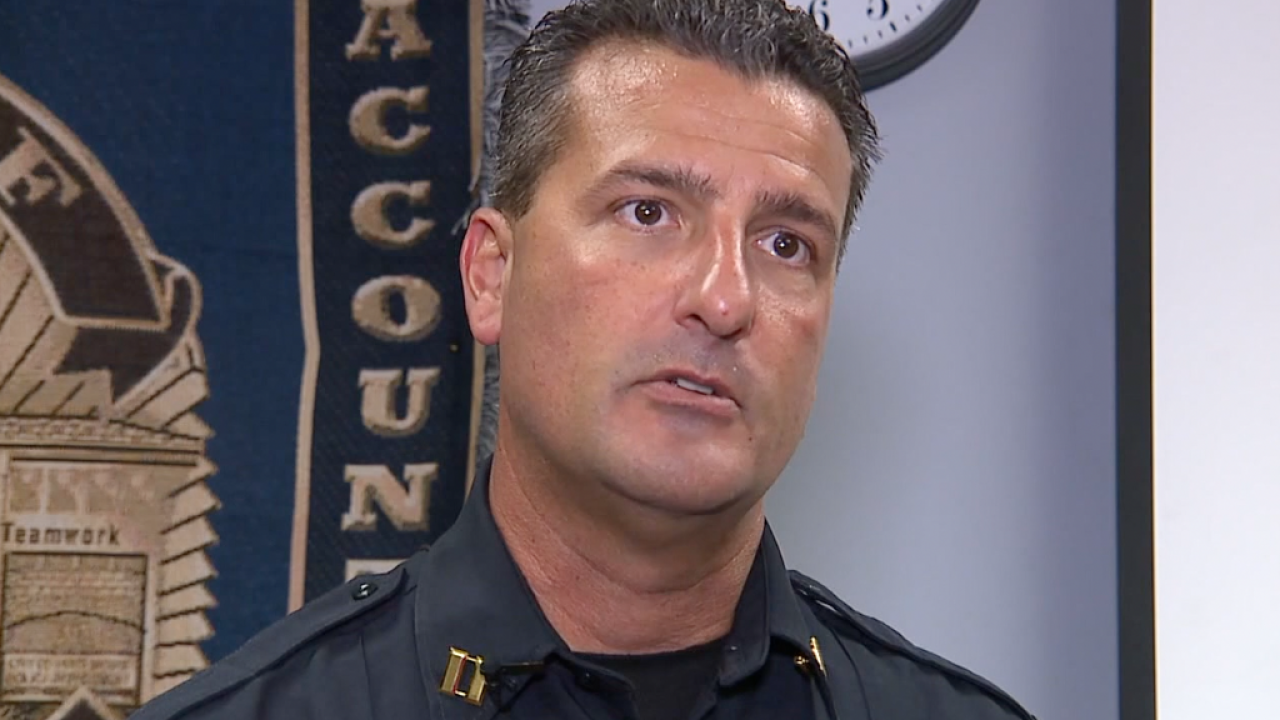 The video reportedly shows Captain Rodriguez undercover at a massage parlor engaging in a sex act.

Fox 4 was sent the video by O'Neill Kerr, a former Fort Myers Police Officer, and claims it's video of Captain Jay Rodriguez.

4 in Your Corner's Allyssa Dickert reached out to FMPD multiple times, asking for a comment from Chief Derrick Diggs. The Fort Myers Police Department wouldn't comment on the allegations but did confirm it's an active investigation.

Fox 4 obtained the original arrest report dating back to March 14, 2013. In the report, then-Lieutenant Jay Rodriguez went in for an hour massage and removed all his clothing but his underwear. It says less than a minute from beginning the massage, the female reached around and grabbed Lt. Rodriguez's genitals. Lt. Rodriguez reacted to the motion and the female asked, “Do you like that?”

The report says the female tried to remove his underwear. At that time Lt. Rodriguez asked how late she would be working. The report says Rodriquez left after that.

But the video released to Fox 4 seems to show something else. From the audio, it seems the sexual act is performed.

The massage parlor was shut down after this incident and two arrests were made.

A police spokesperson tells Fox 4 this investigation is in the hands of the City of Fort Myers.

After reaching out to multiple city officials, including the Fort Myers City Manager, city spokesperson Stephanie Schaffer responded with an email saying, "There is an active investigation; the city cannot comment at this time."

Councilman Johnny Streets did comment in a statement, saying people in Fort Myers need truth and transparency, “The citizens of the city of Fort Myers deserve better, and particularly women and men in blue don’t deserve this — let’s do it right and find out what went wrong.”

4 in Your Corner called and texted Captain Jay Rodriguez for a comment, he responded in a text saying, "I can't. Sorry."

FMPD wouldn't comment when asked if Captain Jay Rodriguez was on administrative leave or suspension during this investigation.

Fox 4 will bring you more details as they become available.