Flu activity is widespread in parts of the country, including a presence in Florida 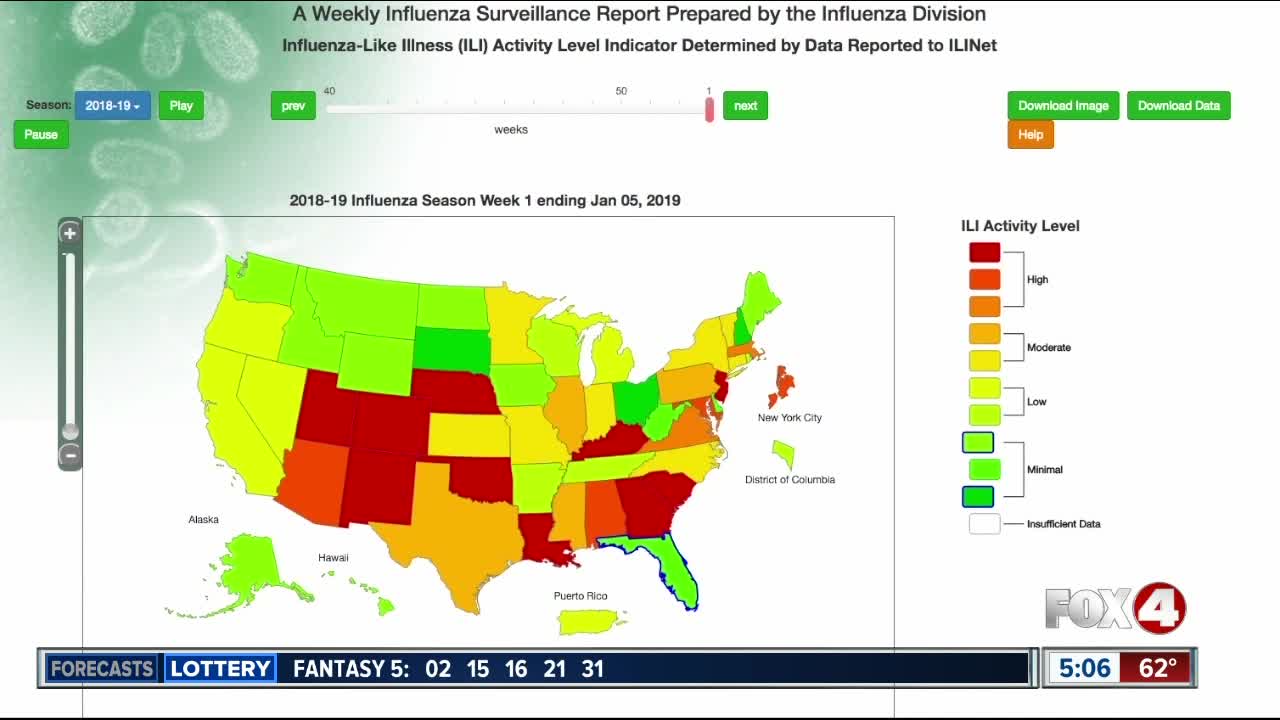 LEE COUNTY, FL. -- The Centers for Disease Control has released new data showing every state in the U.S. is experiencing influenza activity. The report shows flu activity is widespread across Florida so more people are getting sick.

The CDC said since the beginning of October, the number of flu cases have grown each week.

CDC said 6 to 7 million people have come down with the flu so far this season. Up to 70,000 of those patients have been hospitalized for it.

Florida’s Department of Health said there have been 4 to 6 outbreaks in Southwest Florida. Most of these outbreaks are happening in daycares, schools and camps.

Nationally, 16 children have died from influenza so far this season; three of those deaths happened in the past two weeks.

Health officials said 2 kids in Florida died from the flu this season because they were unvaccinated.

Doctors are stressing the importance of getting a flu shot. They said it reduces a child’s chance of dying from the flu by up to 60%.

Last season, the CDC said a total of 185 children died.

Right now, there are 3 flu strains circulating around the country: Influenza A H1N1, Influenza A H3N2 and Influenza B. H1NI is the most dominate.

Doctors said even though we are halfway through flu season, it’s not too late to get a flu shot.