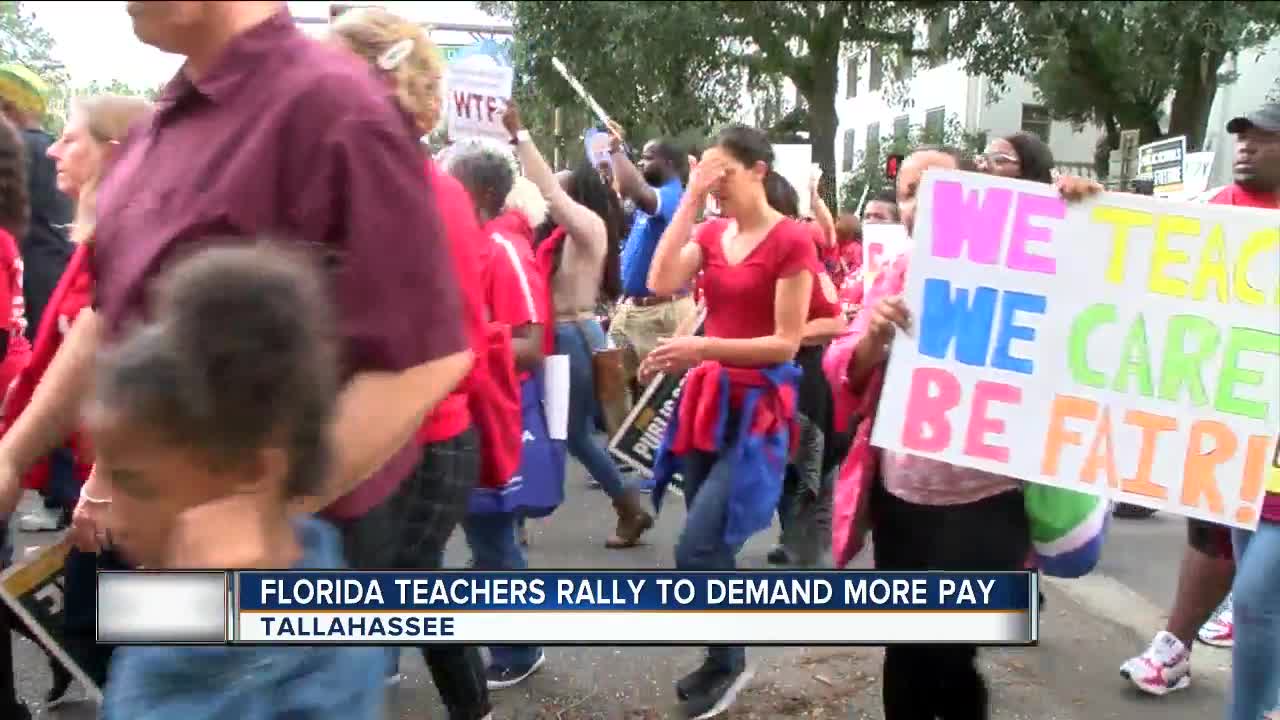 TALLAHASSEE, Fla. — Thousands of teachers from all over the state of Florida traveled to Tallahassee to make their voices heard today in at the Rally for Public Education.

Teachers say they are holding our Florida lawmakers accountable, demanding improved funding, fair and competitive pay, an end to the over-testing of students, and the restoration of local control in their districts.

Today they marched throughout the streets of downtown Tallahassee from the city’s Civic Center to the Old capital building.

Florida is one of the lowest ranking states in teacher pay in the nation. Today they vy for livable wages.

“I think it’s strange that teachers go to college and try to teach people and don’t make a lot of money,” Alexander Ouellette.

“We also want our kids to have the best and that cost,” said Florida teacher, Rosyln Johnson.

The Fund Our Future campaign started last year, teachers say this rally in just one step closer to getting the funding and support they deserve.