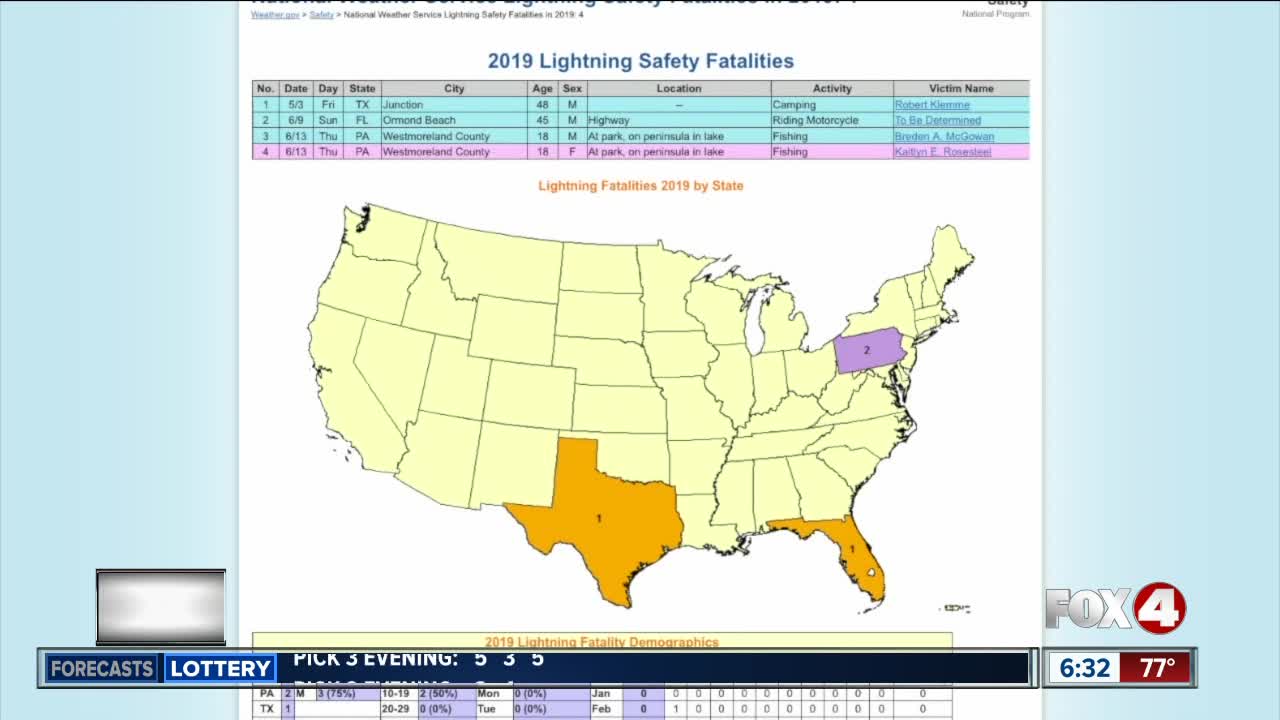 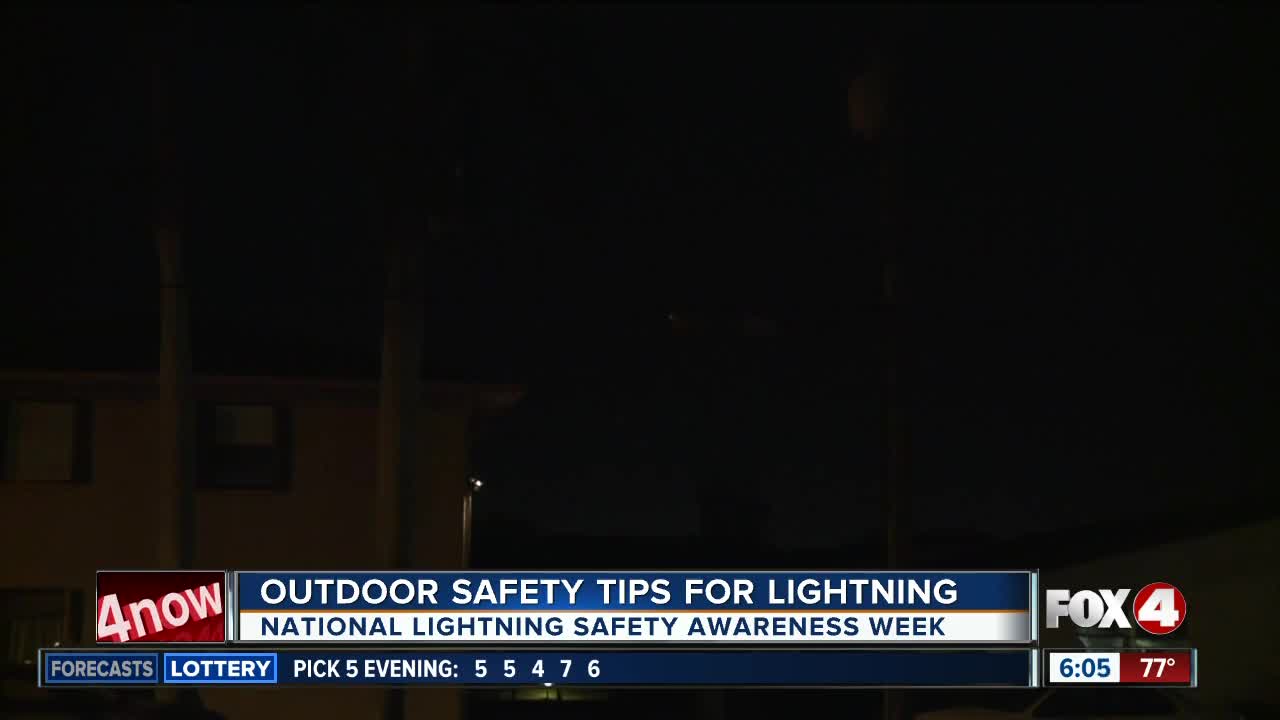 FORT MYERS, Fla. -- With rainy season in Florida, comes a lot of thunderstorms.

It also means a lot of lightning.

With it being National Lightning Safety Awareness week, Fox 4 is ‘In Your Corner’ and making sure you and your family are safe while outdoors this summer.

If you're outside and it starts to thunder, remember this saying, “When thunder roars, go indoors!”

The safest thing to do is to either get inside a building, or get in a car.

If you can't do either of those things though, there are some tips to keep you safe, especially when it comes to preparing.

You can slightly reduce the threat of being struck if you do the following:

-Check the weather forecast before you plan to be outside for a longtime.
-Avoid open fields.
-Stay away from tall and isolated trees.
-If you are in a group, spread out.
-If you are camping, set up in a low area.
-Stay away from water or anything metal because they are excellent conductors of electricity.

It turns out, 2018 was the one of the deadliest years in Florida for lightning strikes.

Being outside during a thunderstorm is the most dangerous thing you can do. 7 people died in Florida last year because they were struck by lightning outside.

Some of were standing near a tree, on the beach, or farming in an open field or boating in the water.

So far this year, there's been one death in Florida. A motorcyclist was killed on the East coast. According to the National Weather Service, Florida is by far the deadliest state when it comes to lightning strike.

However, even being inside can be dangerous because lighting can enter your home through a direct strike, wires, pipes or through the ground.

Here’s what you should do:

-In a thunderstorm, don’t touch electrical equipment like TVs or computers.
-Stay off corded phones, only use your cellphone.
-Avoid plumbing, meaning don’t wash your hands or take a shower.
-Stay away from windows and doors and your balcony and porch when there’s a storm.