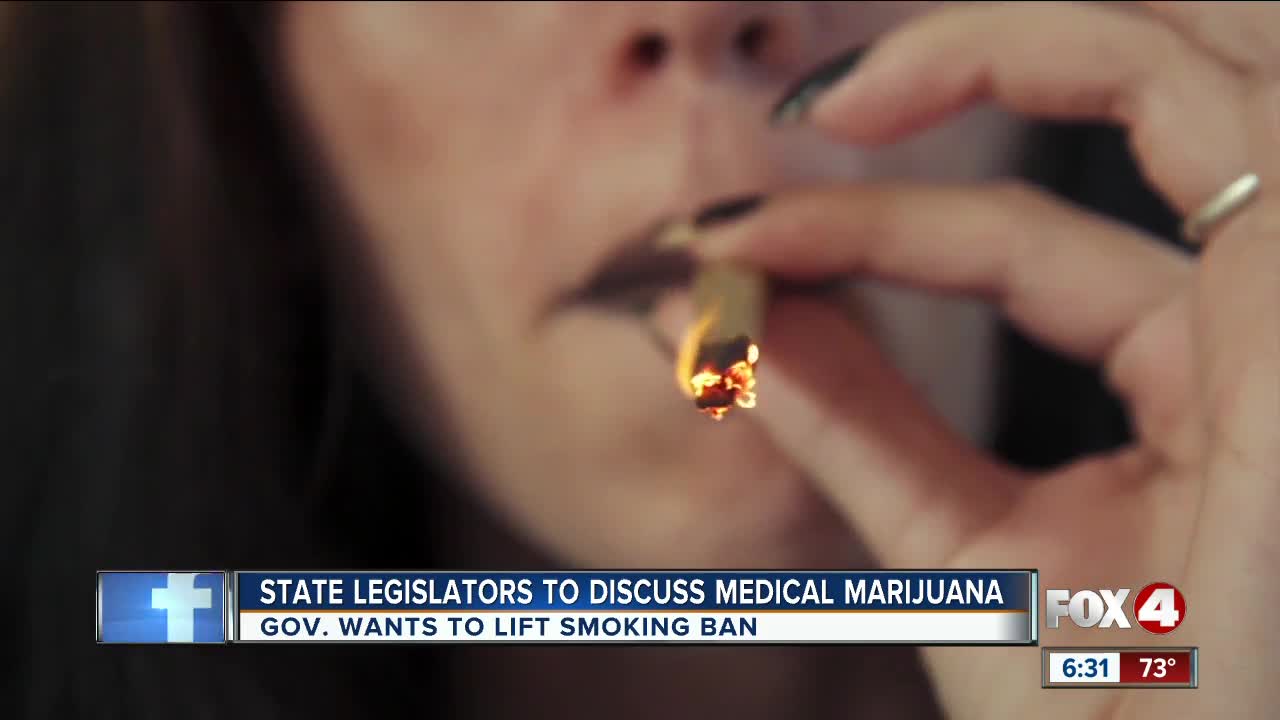 This legislative session Florida lawmakers are tasked by Governor Ron Desantis to get a bill passed to legalize smoking medical marijuana by March 15.

FORT MYERS, Fla. -- A hot topic to be discussed this legislative session is reversing the ban on smoking medical marijuana.

And if it passes, it could be good news for the industry.

Dr. Robert Brueck says there would be many benefits to smoking medical marijuana.

“The one big advantage of smoking it , is it’s almost instantaneous,” said Brueck.

In 2016 71 percent of Floridians voted in favor of legalizing medical marijuana in the state.

“Whether they have to smoke it or not who am I to judge that I want people to be able to have their suffering relieved,” said Governor Ron Desantis.

Two bills have been filed in the Senate in hopes to pass Smoking Medical Marijuana for medical use.

As of right now there is no support in the house, which could be problematic during session.