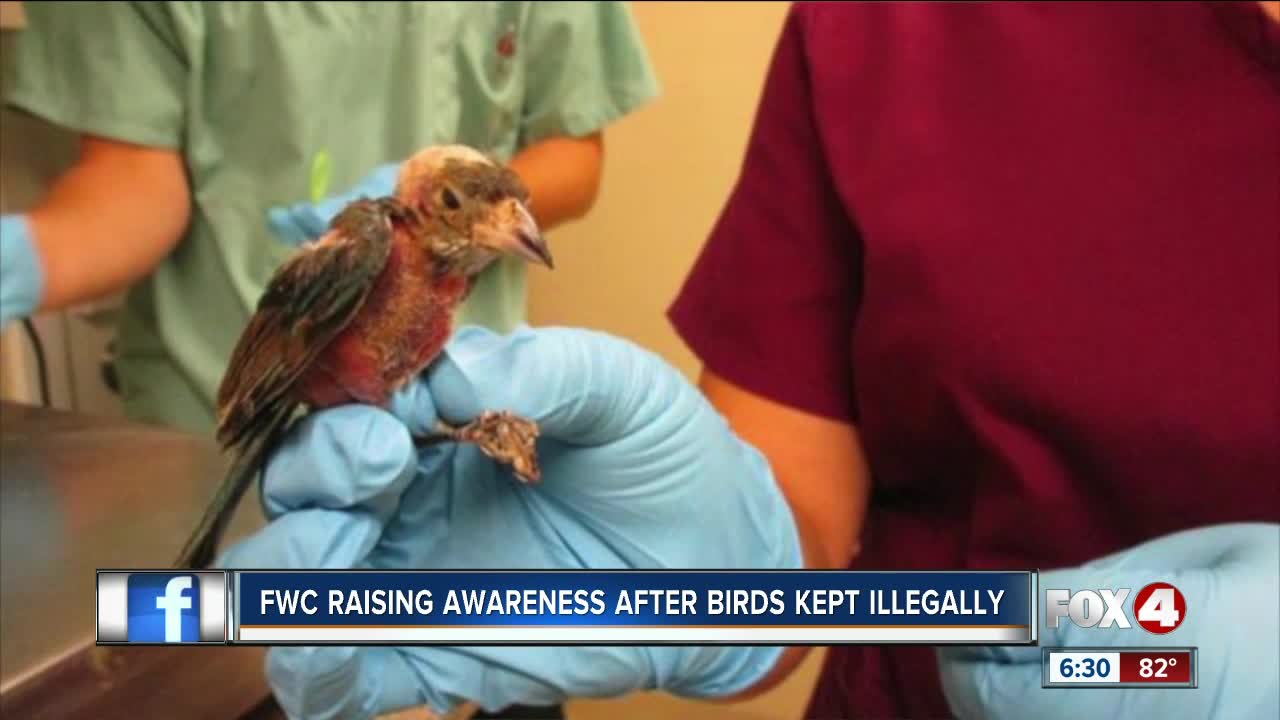 LEE COUNTY & COLLIER COUNTY, Fla -- The mistreatment of wild birds continues here in Southwest Florida, Florida Fish & Wildlife officials say one man in Lehigh Acres kept over a dozen migratory birds in cages, making this the second arrest in a less than a month pertaining to the same crime.

FWC says several birds died under the care of 66-year-old Arturo Granados Frias. He had 17 migratory birds called Bunding's in his home. Frias was charged with a second-degree misdemeanor and animal cruelty.

On August 7th, a Naples man, 57-year-old, Jose Suarez was caught with 27 migratory birds kept in cages according to a Collier County Sheriff's Office report. Now FWC and CROW or the Center for Rehabilitation of Wildlife on Sanibel Island both want to raise awareness about the dangers of keeping migratory birds in cages.

"It's illegal to keep wildlife for over 24 hours - you have to get them to a licensed rehabilitator," said Brianna Frankel, the Wildlife Rehabilitation Manager at CROW.

Frankel is referring to the Migratory Bird Act, which means birds like egrets, herons, and buntings can’t be held in kept in cages at your home. She says nutrition is especially important for different types of birds.

"There are some species that need, 20% this, 20% that, 10% this, It’s what they require in order to grow up successfully. Have good feather quality, grow up without any metabolic bone disease," Frankel said.

Frankel says people who keep these birds often don’t know what to give them to survive, so instead of keeping them, it’s important to get them to a rehabilitation center quickly.