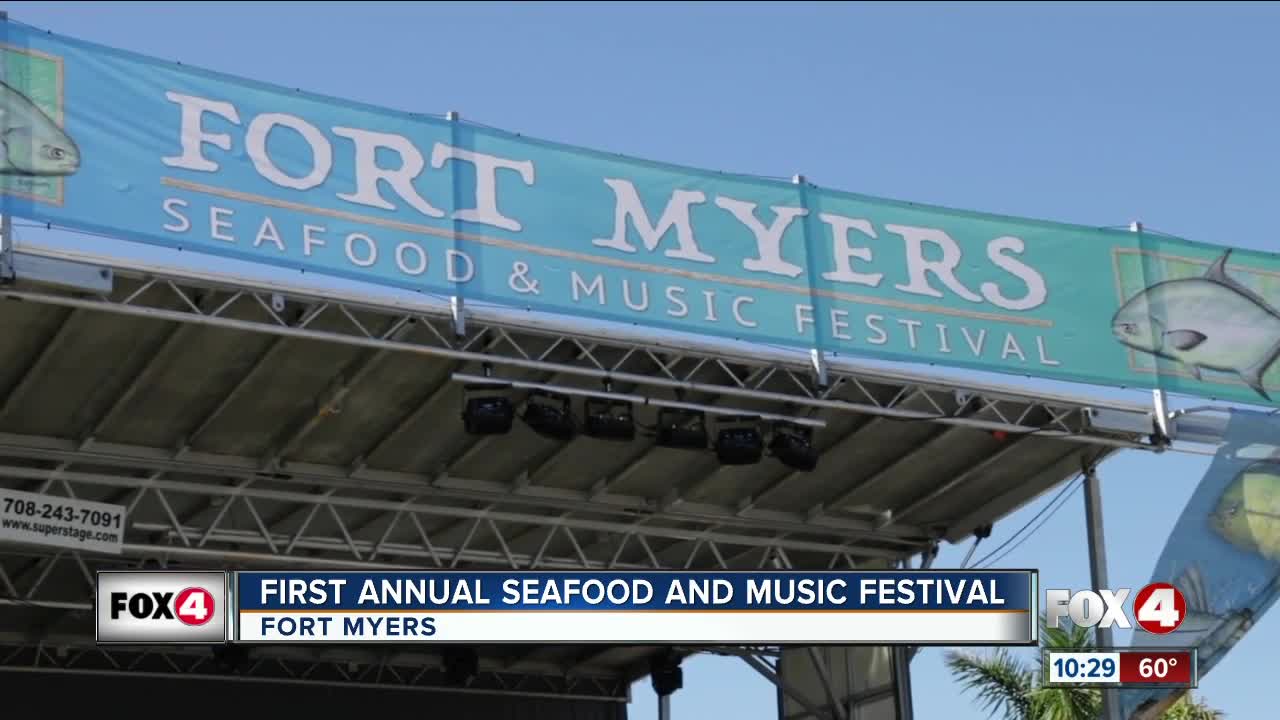 Tasty food, good music, and a huge turnout were all part of the first annual Fort Myers Seafood &amp; Music Festival this weekend, where vendors shared that things are looking up after a season impacted by red tide.

FORT MYERS, Fla. -- Tasty food, good music, and a huge turnout were all part of the first annual Fort Myers Seafood & Music Festival this weekend, where vendors shared that things are looking up after a season impacted by red tide.

Illisha Poole, the co-owner of RP Concessions, came down from Sarasota for the festival. "First time has absolutely been a knock out of the park. Phenomenal. Great turnout."

A better turnout than some of the festivals they went to last year, which had a lot less people than they anticipated because of red tide. "None of the locals came out. Everybody knows not to come out in the red tide. However, we did have tourists, so that did help pull the show… but we were affected. Quite a bit."

They also had to pay more for seafood. "We did have to change some of the providers because the red tide affected it so much this summer."

Christine Sacco also felt a hit from red tide. "60% on one event because of the red tide," says the owner of Gourmet Dips. "What happened was, we couldn't go anywhere near the beach, so they would cancel it, and sometimes bring it inside."

But not at this festival. There were a lot more people and no red tide.

The festival lasted three days along the historic waterfront in downtown Fort Myers.

Betty Jo Mahon works with Florida Cracker, a mobile vendor. She says they weren't really affected by the red tide. "People talk about it for a week ahead of time, so sometimes it slows down traffic and customers, but other than that, we do okay."

Having great weather and no red tide helps. "We'll be back here next year. I think next year will be even bigger," says Poole.