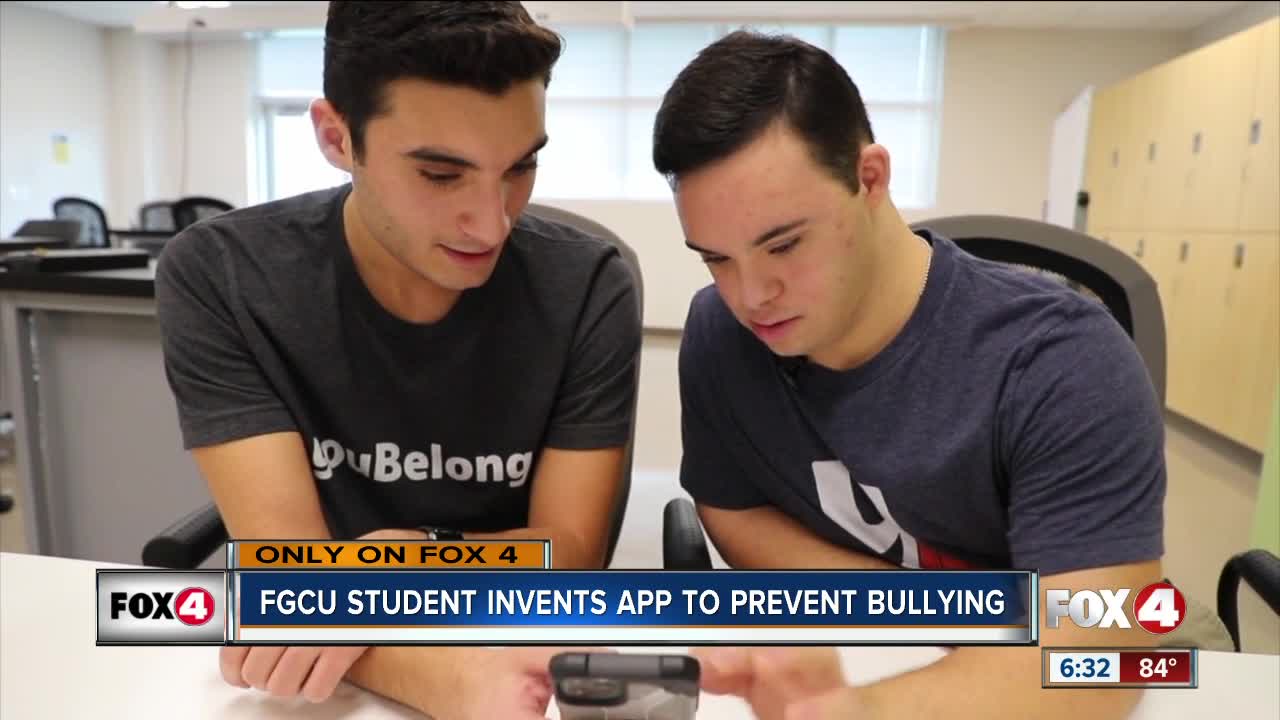 A new app called youBelong is a social network created for people with special needs, but anyone can use it.

You probably use social media whether it be facebook or instagram almost everyday. And if you have kids they are more than likely connected online, too. But that connection opens them up to potential cyberbullying.

A new app called youBelong is a social network created for people with special needs, but anyone can use it.

“He’s my best friend I’ve ever had and I love him a lot and go find my brother’s app,” SAD Christian Ciocca, John’s brother.

This brotherly love sparked an idea for John Ciocca to invent a social media platform for his brother christian to make new friends in a safe place.

“You belong was only supposed to be a side project and like oh he needed a way to connect that’s why I did it, I didn’t realize how much we could grow it into this big social platform for people with special needs,” said John Ciocca, Sophomore, FGCU Entrepreneur Program.

John has been programming since he was 15. Once he got to college, Florida Gulf Coast University’s Runway Program helped the now 19-year-old take his product to the next level.

“We could see immediately what a demand this would be and how many people are dealing with this problem, it’s just for people like his brother, but it’s for a lot of young kids,” said Dr. Sandra Kauanui, Director of the School of Entrepreneurship.

This is the first social app out there designed especially for people with special needs that also protects against cyberbullying.

It works similar to instagram and other social apps, “but the whole premise is it’s a safe community where people with special needs, their families, siblings, can go on and connect and know that everybody on there has something in common,” John Ciocca.

The subscription based app uses technology that detects and blocks hateful comments from being published.

“I appreciate that and I love having my brother create it,” said Christian Ciocca, John’s brother.

“Our whole goal is to make the internet inclusive for everyone,” John Ciocca, Sophomore, FGCU Entrepreneur Program.

John plans to build out the you belong brand. Right now he’s creating an online bank account service for people with special needs.