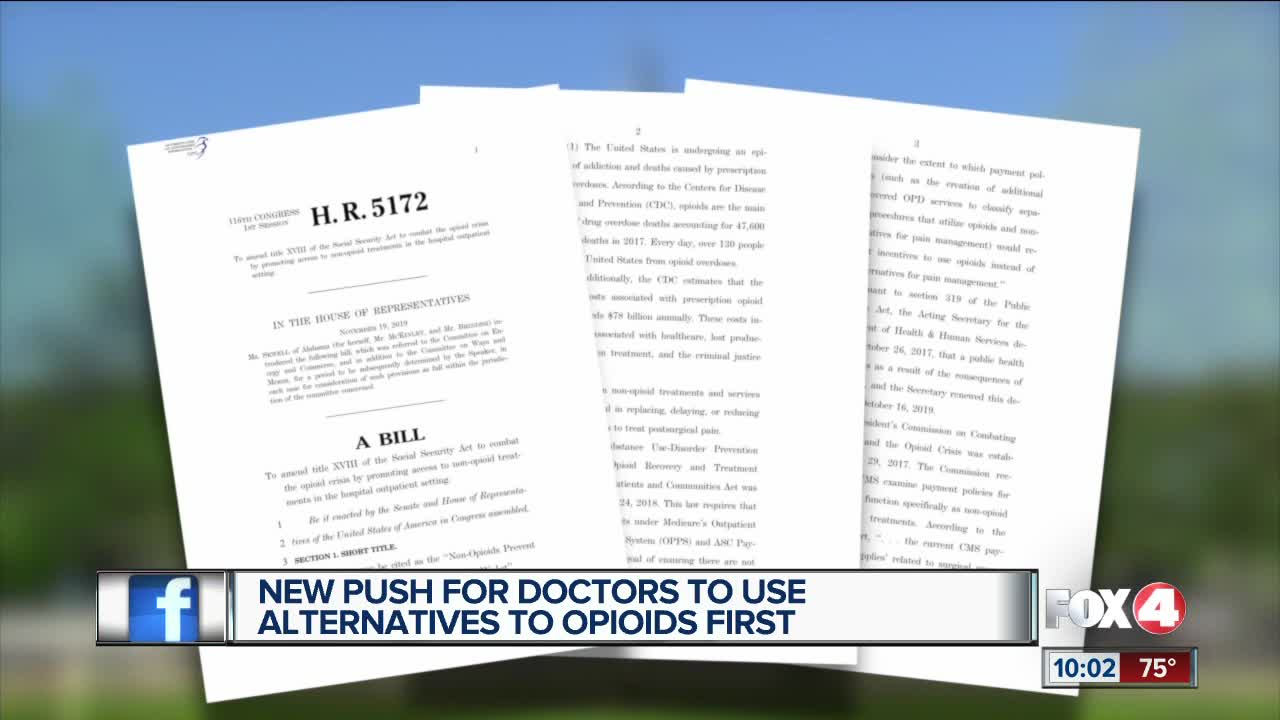 A bill working its way through Congress would make encourage doctors to prescribe opioids as a 'last resort' for pain management.

CAPE CORAL, FLA. — Should the government be putting limits on how much of a medication your doctor can prescribe for you?

A proposed federal law, called the NOPAIN act, would do just that by encouraging doctors to prescribe opioids as a "last resort" option when helping patients manage acute pain.

It's a move that local community advocate Ramona Miller, says will help here in Southwest Florida.

"The best way to prevent this opioid crisis is to stop it before it starts," said Miller.

And the numbers back up her claim.

According to national opioid database amfAR, in 2017 Charlotte county had 11 overdoses, Collier county had 66 and Lee county had 232.

"We have a number of new faces out here," said Miller.

They're faces that she says could be any one of us, since addiction often starts with medications prescribed by a doctor.

She's now working with a group called the Voices for Non-Opioid Choices Coalition, which is based in Washington, D.C.

They're pushing for congress to pass the NOPAIN act.

"We're not trying to take opioid away from people but we're trying to say where we can we think we can help patients achieve the same kind of pain relief while utilizing less opioids," said Voices for Non-Opioid Choices Coalition Executive Director, Chris Fox.

Miller adds that this will only become law if you talk to the people who speak for you in congress.

"We need voices, we need our representatives to get involved in the fight,"said Miller.

This bill is currently working its way through several congressional committees.