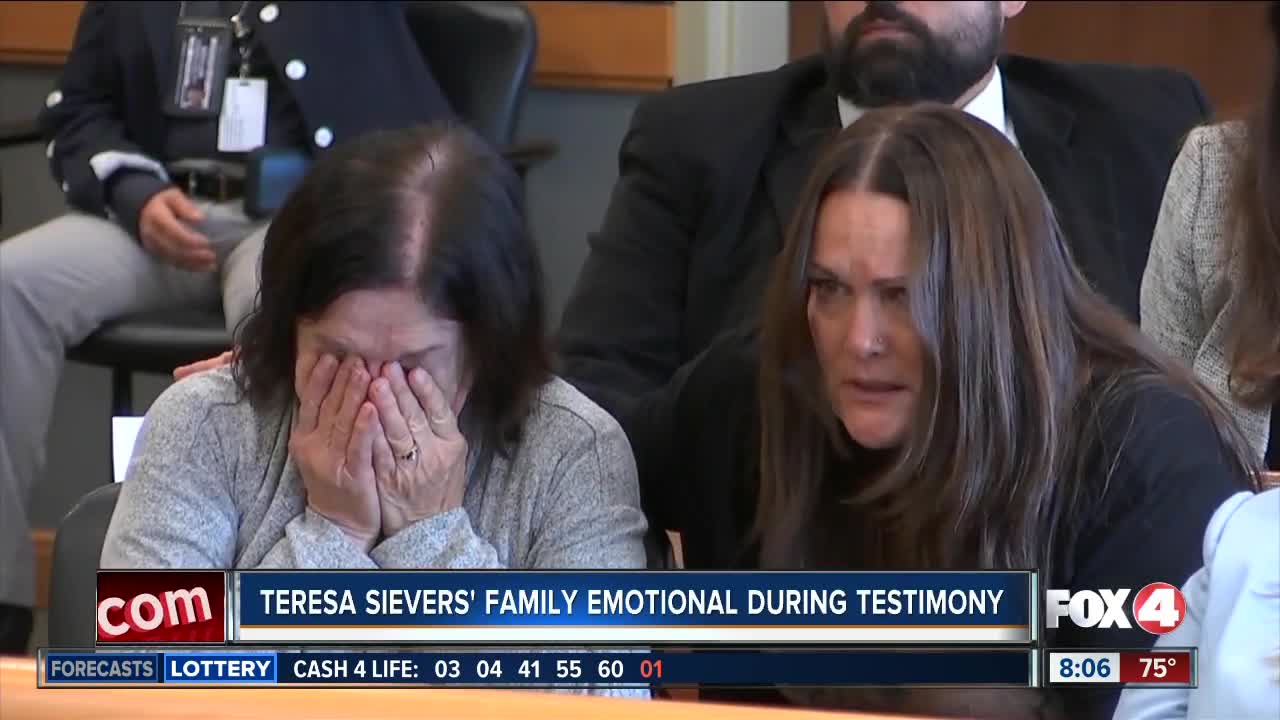 You can imagine it was extremely tough for them to hear some of the details. At points, you could see their heartbreak; at others, anger.

FORT MYERS, Fla. -- Curtis Wright was on the stand for nearly three hours Thursday, describing in detail every moment leading up to the Teresa Sievers murder, and the gruesome crime.

Teresa's family sat through all of it.

You can imagine it was extremely tough for them to hear some of the details. At points, you could see their heartbreak; at others, anger.

Teresa's mom also seemed to disagree with some of Wright's testimony. At one point he said Mark told him Teresa was having an affair. That's when the mom made the 'cuckoo' motion near her head.

Wright also teared up when talking about his role in Teresa Sievers' killing.

Prosecutors: “When you hit Dr. Sievers on the head with a hammer, did you intend for her to die?”
Wright: “No, I was trying to knock her out, to figure out a better way of doing it. Never in a million years did I envision beating her to death with a hammer.”