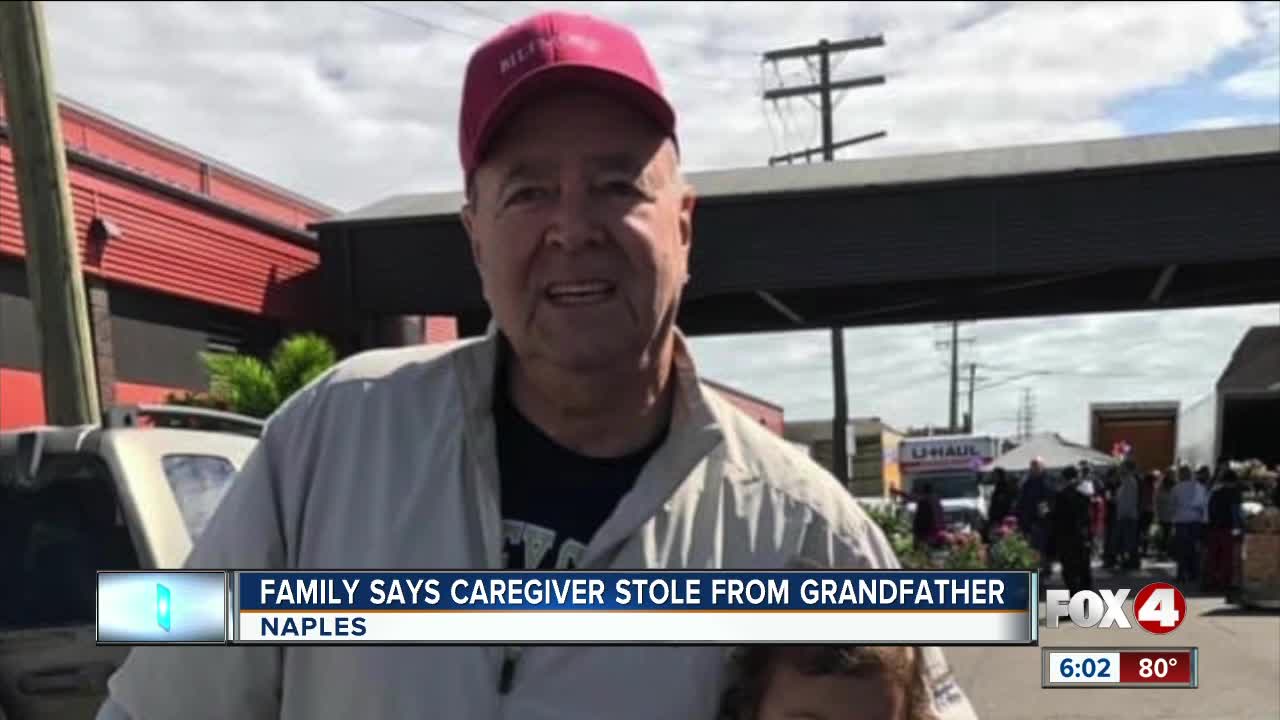 A family mourning the loss of their grandfather claims that he lost thousands of dollars in his final days to the caregiver who was supposed to be helping him.

NAPLES, Fla. — A family mourning the loss of their grandfather claims that he lost thousands of dollars in his final days to the caregiver who was supposed to be helping him.

Max White said that his grandfather Donald McCloud, 81, was in frail health before he passed away last week in Naples. White thinks the caregiver stole from McCloud over a period of several months, and believes that the stress from the ordeal contributed to his rapid decline.

"He started having suspicions in June," White said.

White said that his grandfather suspected something was wrong when a check for $500 was cashed from his account, and cash went missing from his wallet. He filed a complaint with the Collier County Sheriff's Office, initially thinking that only a few hundred dollars was taken.

But when McCloud ordered a new ATM card and never received it, White said his grandfather became convinced the caregiver took it from his mailbox.

"My sister, who works in a bank, also got involved," White said. "They found credit card charges for hundreds of dollars at different stores, and ATM withdrawals for thousands of dollars."

He said that the caregiver was employed by Griswold Home Care in Bonita Springs.

In a statement to Fox 4, a spokesperson wrote in an email: "At Griswold Home Care, the safety and care of our clients is our highest priority. We conduct a thorough vetting process, which includes full background checks, before placing a caregiver in a client's home. This is a police matter now and we are unable to comment further."

White believes that the caregiver is no longer employed at Griswold Home Care, but said the Sheriff's Office suspects that McCloud may not be her first victim.

"They think she did it at some point in the past, and then took off and they couldn't find her," he said.

The Collier County Sheriff's Office said that the case is still being investigated. No arrest has been reported.