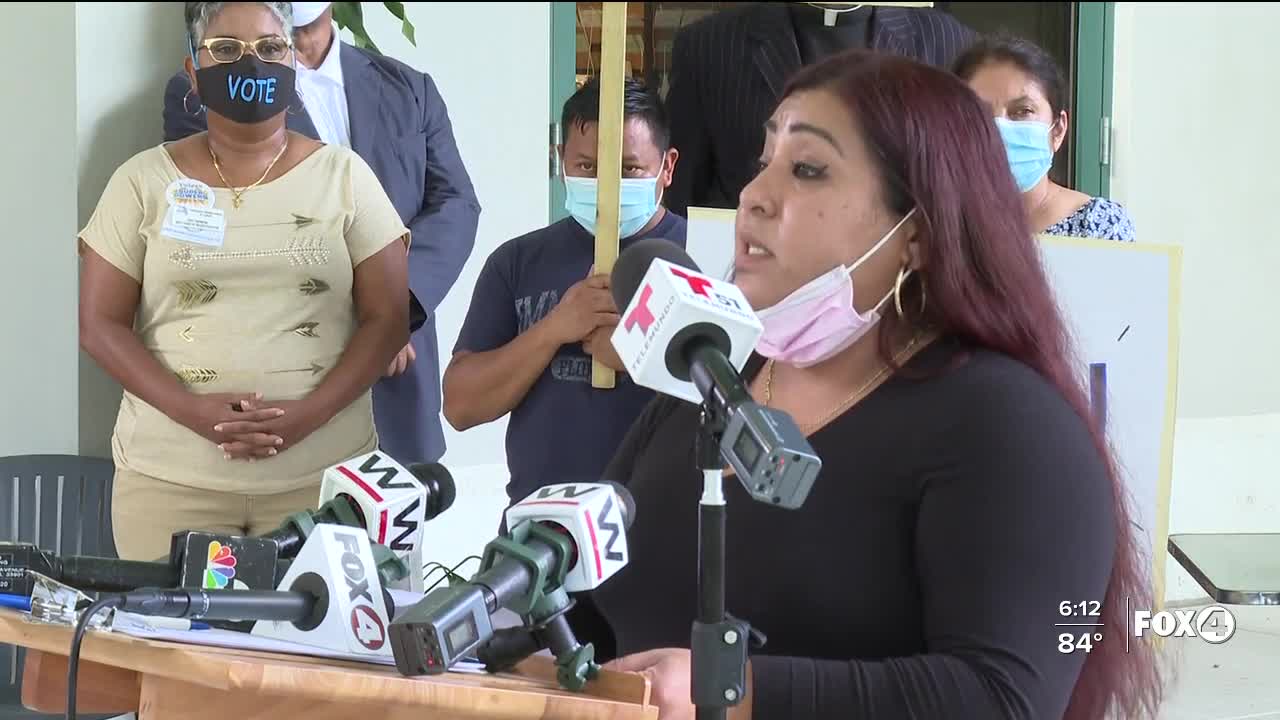 COLLIER COUNTY — The family of an Immokalee man, who was shot and killed by deputies last month, is demanding answers.

They’re calling on the Collier County Sheriff’s Office to release dash cam footage from that night. Nicholas Morales-Bessania was shot and killed by deputies who were responding to a 9-1-1 call last month. Deputies said he was carrying gardening shears and they shot him out of fear for their safety, but the family says they aren’t going to know what really until that dash cam footage gets released.

“There are two sides to the story, and the truth needs to be revealed," said Marisa Andrade, Morales-Bessania's step-daughter.

Andrade spoke at a news conference at the Unitarian Universalist Congregation of Greater Naples Wednesday, surrounded by supporters. She was also joined by Morales-Bessania’s brother, Francisco Morales.

“It’s important for my family that there are consequences for this. That we don’t just leave it there. That they pay for what they have done," said Morales.

But Andrade said she doesn’t have faith that the Sheriff’s Office can conduct an impartial investigation into her step-father’s death.

“We are fighting for the truth and to release any audio and video to the family. We know we must proceed with a private investigation in order to get the justice that is needed," said Andrade.

The audio and video they’re looking for is the dash cam footage that was taken in the Farm Worker Village in Immokalee on the night of Morales-Bessania’s death. The family’s attorney, Brent Probinsky, said the Sheriff’s Office is holding that video illegally.

“Florida statute 119 is very clear, the public records law that evidence that exists, especially videos that exist before the investigation began, it began after the incident, have to be disclosed," said Probinsky.

We reached out to the Sheriff’s Office about why it’s still withholding the video, and the department responded saying "All dash cam footage is part of the two active CCSO investigations… We look forward to releasing it when it becomes public record."

But the department also said the deputies who shot Morales-Bessania are now back on duty. That’s something Probinsky said he can’t understand.

“Before they even reach the preliminary investigation at the level of the Sheriff’s Office, he’s out on the street again, armed? That’s of great concern to me," said Probinsky.

The family said they’re going to continue pushing for the video to be released, and calling for disciplinary actions to be taken against the deputies.

“We just want a thorough investigation for our family, and all families who have not received justice in Collier County," said Andrade.

The Sheriff’s Office said the State Attorney’s Office is also conducting an investigation into the shooting. Probinsky said the family is still considering at this time whether or not to move forward with a wrongful death lawsuit in civil court.