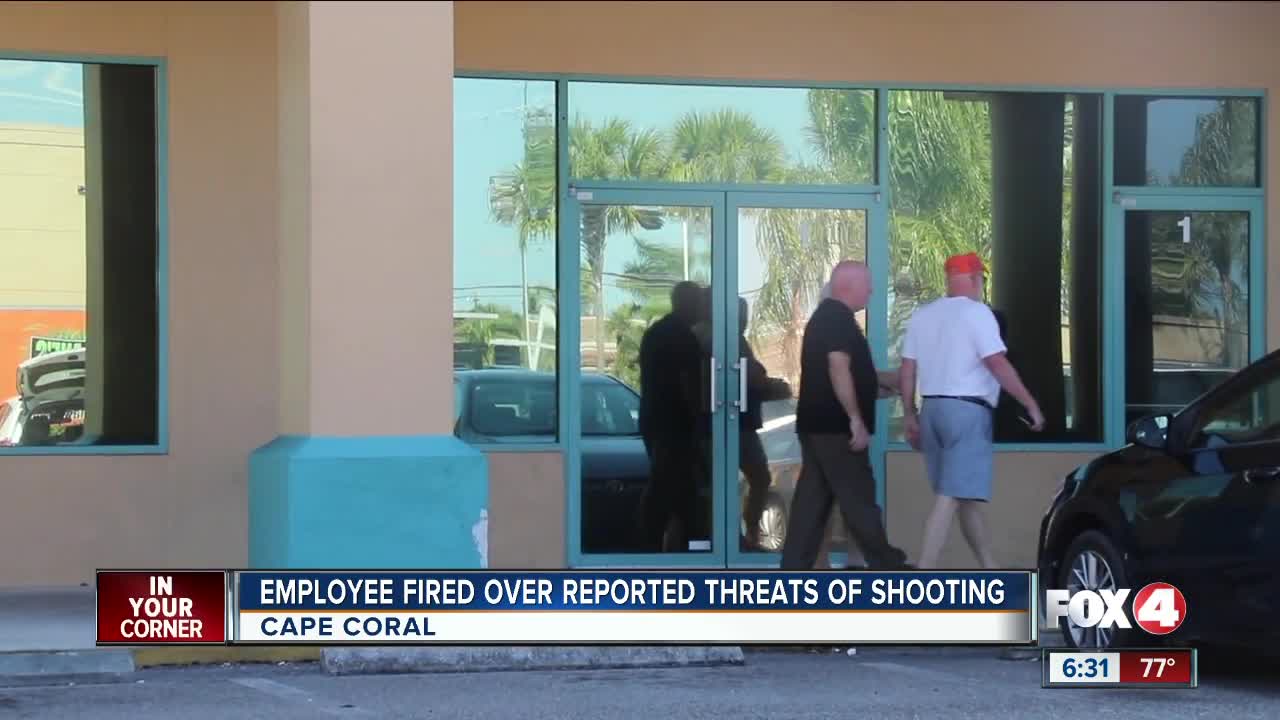 Cape Coral Police are investigating an alleged threat made by a pizza shop employee to carry out a mass shooting in the restaurant. 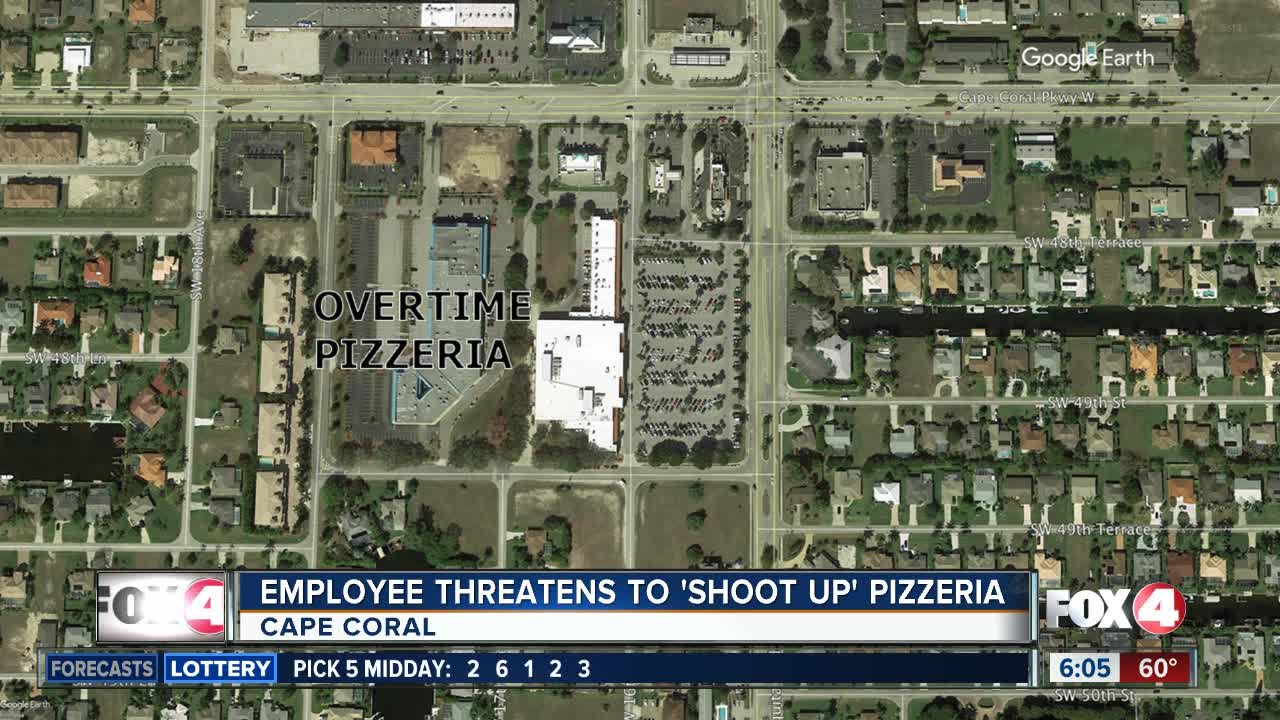 CAPE CORAL, Fla. -- Cape Coral Police are investigating an alleged threat made by a pizza shop employee to carry out a mass shooting in the restaurant.

Police say the man worked at Overtime Pizzeria and Sports Pub on Cape Coral Parkway, where he told a co-worker about a plan to "shoot up" the restaurant. The plans included waiting until a busy day, when he would grab his guns from his car and enter from the side door and open fire in the main room before targeting people heading out the front door. He then described how he would run down the side of the building to catch everyone running to their cars.

The police report the man's co-worker was concerned because the plan was so detailed and the individual claimed "it would go down as the biggest mass murder ever."

Officers say they spoke to the man, who said he was joking around. But the report does indicate he voluntarily gave police six guns he owns, while they investigate. The firearms include an AR15, two shotguns, two rifles, and a handgun, according to the report.

Fox 4 talked to a manager at Overtime off camera, and she said the employee who made the comments has been fired.

Cape Coral Police say it's important to immediately report threats like this. "Anytime that there’s a threat made, of course in this day in age you just never know. So it’s very important that you contact your local law enforcement, let them know this was the threat and exactly what was said," says Master Sergeant Allan Kolak.

Police tell Fox 4 that an arrest is still possible in the case. "Investigators are looking at that. You could come up with several different crimes possibly that could be committed when someone makes a threat, it just depends," says Kolak.