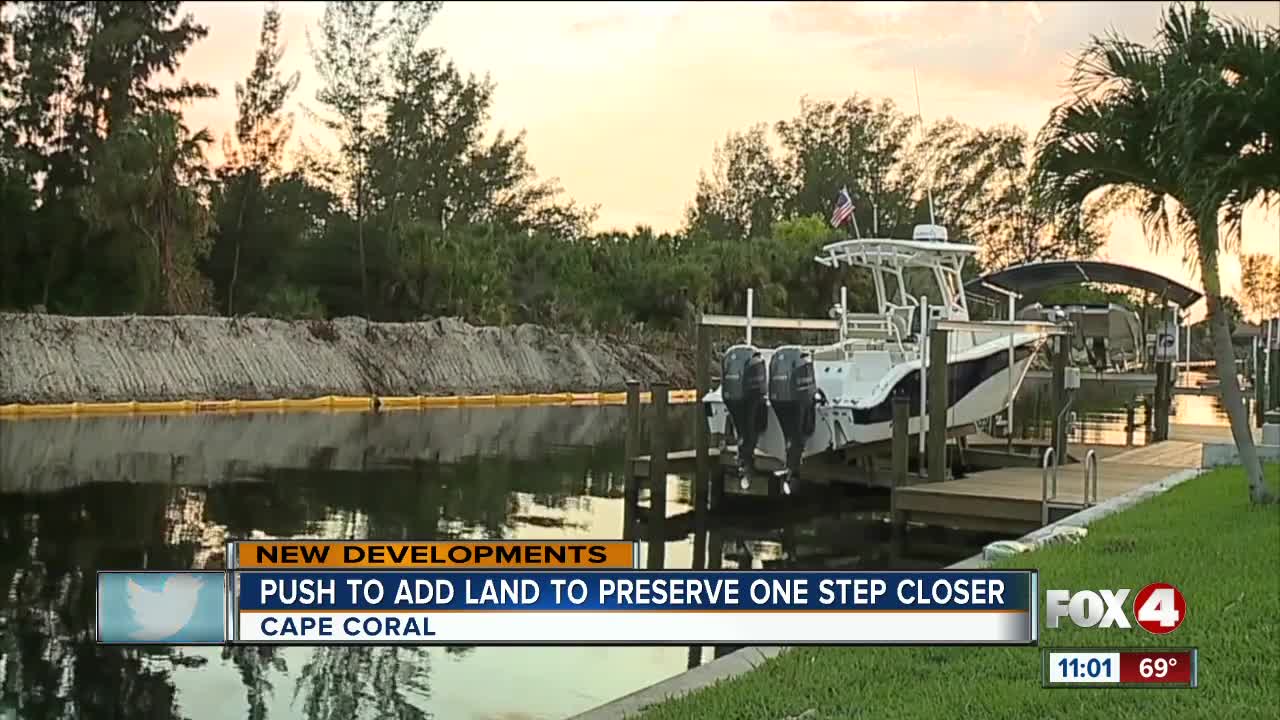 CAPE CORAL, FLA. — Hundreds of acres in cape coral are now one step closer to being preserved by Lee county.

That's after a vote last night, by a county land committee.

The group decided that the patch of land near the cape's four mile ecological preserve should be protected.

This land previously made headlines after the city of cape coral was cited by the state department of environmental protection for digging up a portion of the shoreline.

To help ease the county's concerns about taking the land on the mayor wrote a letter ensuring that the city would pay to fix that damage.

"Right now we're waiting to hear back from the Florida Department of Environment that will tell us exactly, give us a blueprint of what we need to do in order to remediate the destruction that was done down there," said Cape Coral city councilman John Gunter.

This land will now be considered by the Lee county commission who will ultimately decide if they want to buy and preserve it.