Neighbors: Ducks being killed by speeders in Cape Coral 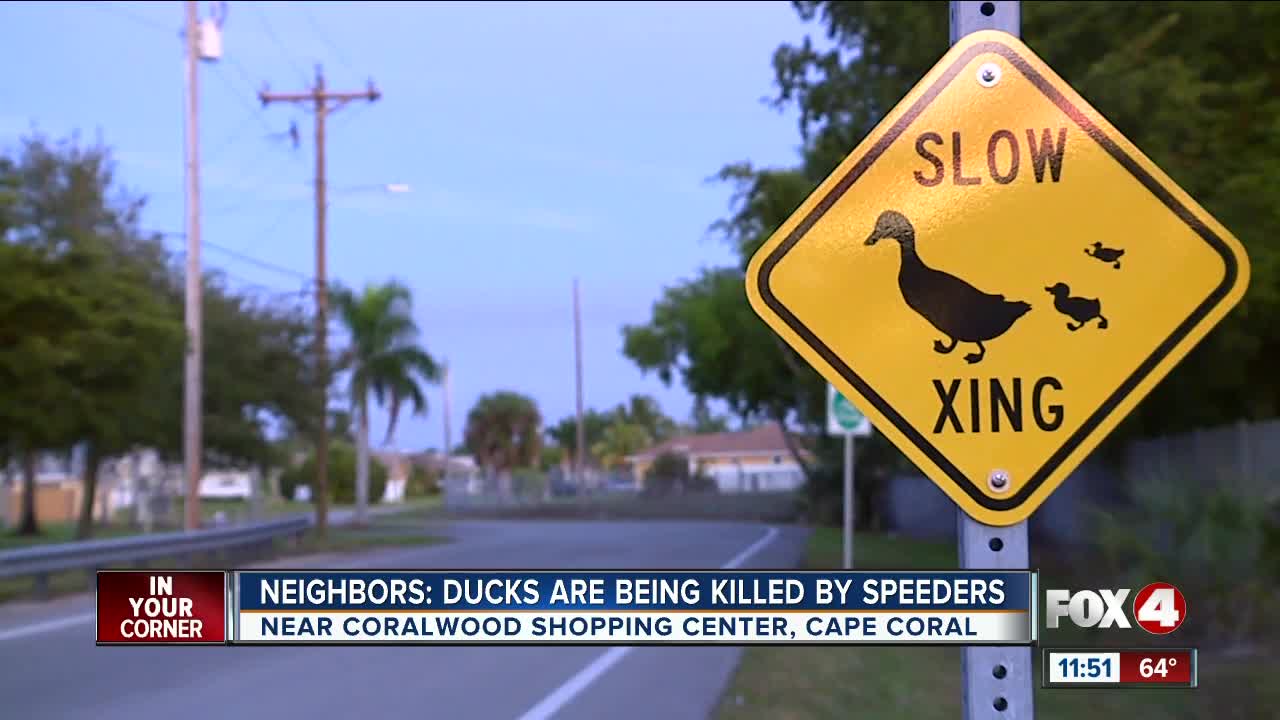 CAPE CORAL, Fla. -- Ducks are meeting a violent end in Cape Coral and residents behind the shopping center where it's happening are frustrated.

People living along Southeast 17th Place behind the Coralwood Shopping Center in Cape Coral say duck carcasses dot the long stretch of roadway -- all of them victims of drivers ignoring the speed limit.

According to resident Lee Scott, the road is used as a cut-through for drivers as they race along on their way to Walmart, Publix, and other stores. Police, she says, have tried to enforce the speed limit of 25-miles an hour but they have not been successful.

Ducks use the pond behind the shopping center and have been hit either walking across the road or coming in for a landing.

And it gets worse. The pond is across from a school bus stop. Earlier this week one man and his daughter, as well as other parents and children, watched as the driver of a school bus slammed into a duck head on.

Speed limit signs have been put up as well as one that tracks how fast drivers are going.

At council meetings, residents like Wendy, who did not want to use her last name, have asked for speed bumps to be placed along what is a public road. But according to her, city leaders say it's not their problem.

In fact, she says they have asked residents to chip in and pay for the speed bumps.

We left several messages with the information officer for Cape Coral, but our calls were not returned.