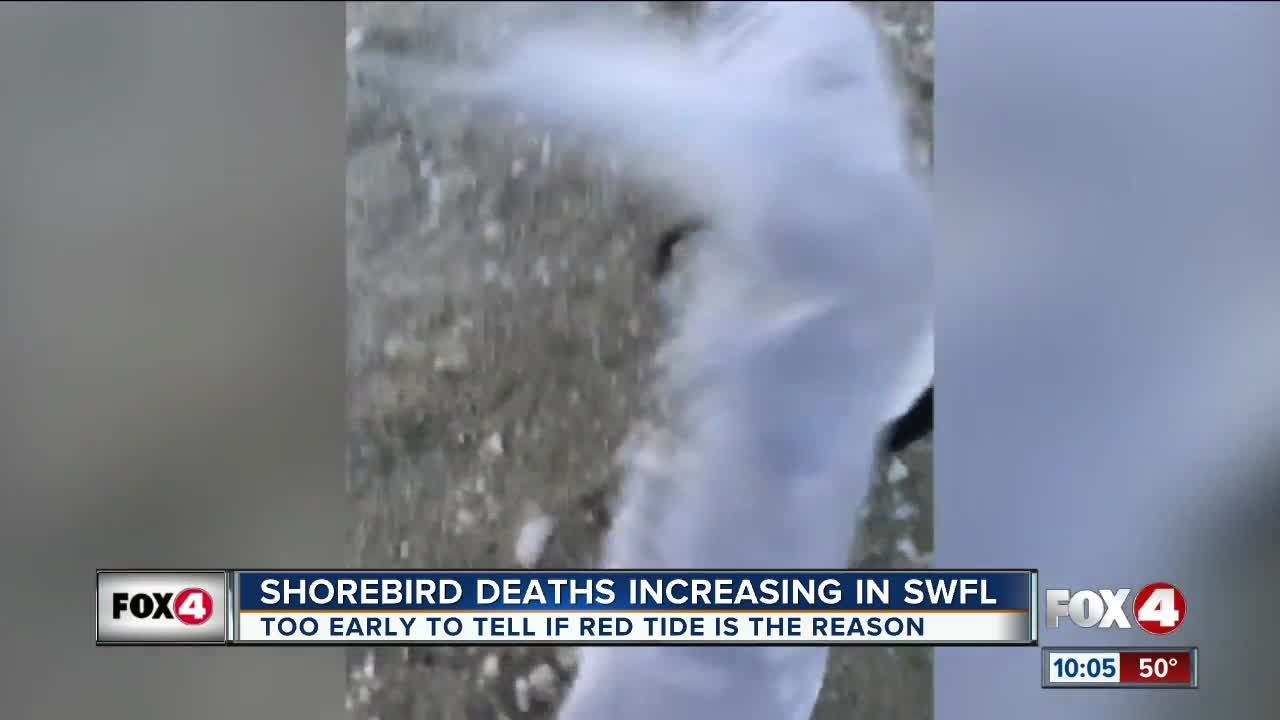 Researchers are trying to determine red tide is the culprit.

COLLIER COUNTY, FLA — At the Conservancy of Southwest Florida's Von Arx's wildlife hospital, volunteers are scrambling to save birds sickened by a mysterious illness.

"He's getting them from Marco and sometimes within an hour of arriving they've already passed away, or they're dying enroute," said Joanna Fitzgerald, Director of the hospital.

Researchers have identified four species of shore birds or Terns that are suffering from some sort of neurological disorder.

Most of the sick birds are being found around Clam Pass in Naples, or on Residents Beach in Marco Island.

"The birds that we're seeing sick are birds that go offshore to feed, they eat small fish, then they come back to the beach to rest," said DiNuovo.

He's found about 80 sick or dead birds since November 11.

"I've fished a few out of the water, I've swam out to get them, I saw them struggling in the water."

There may be more dead birds that he hasn't been able to reach.

Shore birds are already a declining species because of loss of habitat and change in ocean temperature.
Volunteers at the Conservancy are frustrated they can't figure out what is killing these birds.

"It is very devastating to know how many different species, and the severity of the die offs, whether it's the Dolphins or the bird seeing in here," said Fitzgerald.

Some of the deceased birds were sent to the University of Georgia to determine exactly what killed them.

The Conservancy says it is taking donations of heat lamps to help keep the sick birds warm.

Anyone who finds a sick or dying bird is asked to bring it to the Conversvancy in Naples.