Do you live in a 'sinful' city? 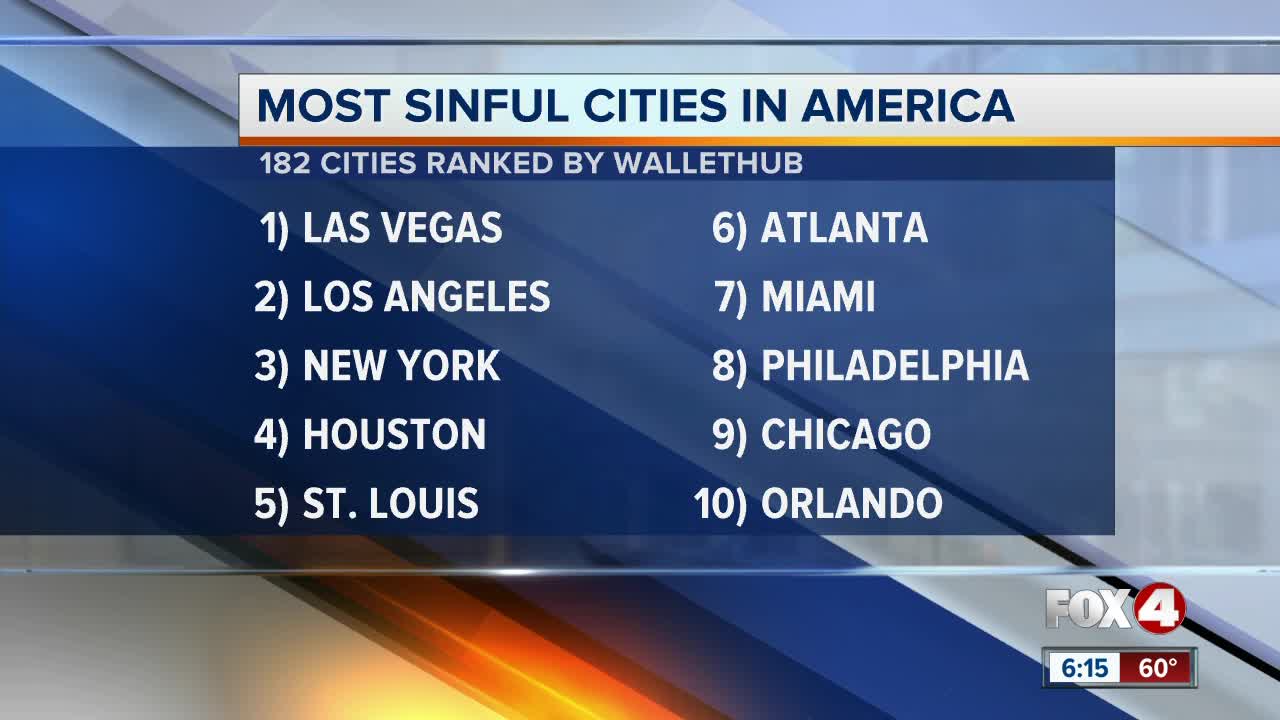 The holidays are upon us, which means everyone is doing their best to land on the nice list. However, Wallethub shows Las Vegas isn't the only sin city in the U.S.

The holidays are upon us, which means everyone is doing their best to land on the nice list. However, Wallet Hub shows Las Vegas isn't the only sin city in the U.S.

They ranked 182 cities on their list, with two cities in Florida making the top 10: Orlando was 10th and Miami 7th.

But the top three most sinful cities are New York City at #3, Los Angeles at #2, and you guessed it, Las Vegas is #1. South Burlington, Vermont was the least sinful city on their list.

Overall Cape Coral was 143rd on the list, but the city ranked 49th for jealousy and 36th for laziness. No other Southwest Florida cities were included on the list.

Jealousy was calculated by looking at things like theft and fraud per person, while laziness was measured by the number of adults not exercising, the volunteer rate, and the average about of time a person spent watching TV.

Florida's laziest city was Hialeah, which is third in the country.

Another Florida city getting a high mark was Tampa, which was the lustiest city in the state, and #9 overall in the lust category.