Do you know what's in your heroin? Charlotte County Sheriff's ask after 3 people overdose in one day 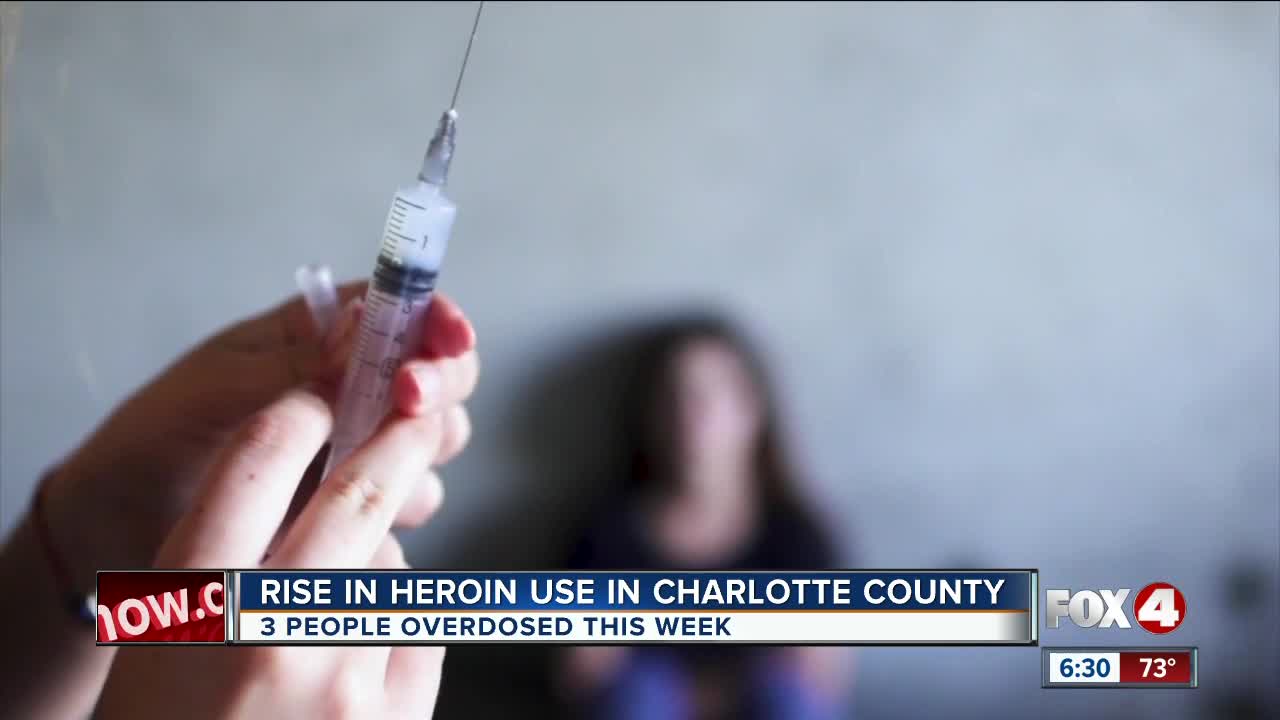 Do you know what's in your heroin?

CHARLOTTE COUNTY, Fla. -- Do you know what’s in your heroin? That’s a question Charlotte County Sheriff’s are asking after 3 people overdosed on the drug, Monday.

They took to social media to ask the question because they believe there's a bad batch that’s going around, that could have Fentanyl.

"The introduction of the smallest amount of Fentanyl into that one injection that they can kill them, and unfortunately that’s something that we’re seeing more often,” Heck said.

CCSO says 11 people have overdosed since January 1st, two of those people died. But not only is the heroin dangerous to those caught in its grip, but it can also be a risk to others in the community.

Charlotte County Behavior Health Chief Operation Officer, Sarah Stanley who partners with the CCSO in a program designed to help those struggling with addiction explains someone on bath salts, ecstasy, or heroin that’s potentially tainted with Fentanyl can lead to violent behavior.

"They don’t have to keep making the choice to use these illegal drugs, the choice is there for them, they can get help,” she said.