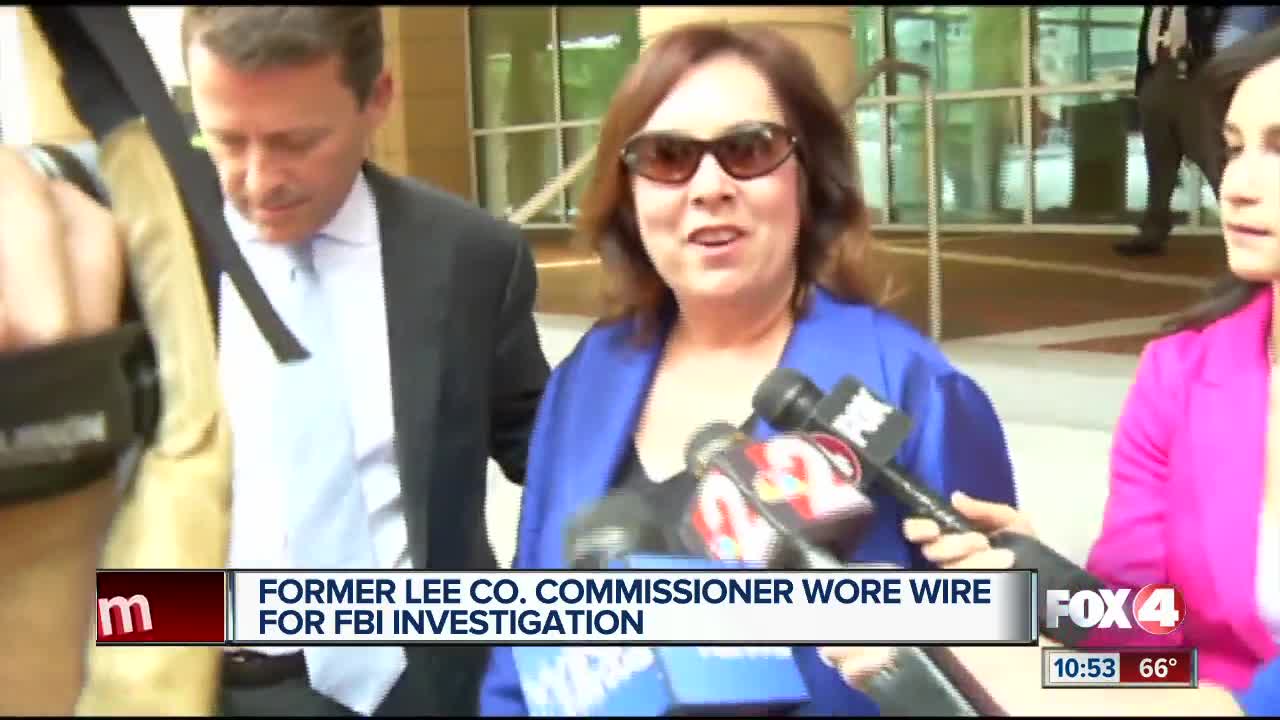 Tammy Hall plead guilty in 2013 to misusing campaign funds. She could have served several years in prison, but only spent 6 months behind bars.

As part of her plea deal, Hall had to cooperate with federal investigators. Documents unsealed this week reveal she lived up to that bargain.

"Tammara Ann Hall's cooperation has been timely, reliable, and valuable to the government in its investigation of other persons," the document said.

Both men were recorded by Hall in 2013, without their knowledge they told us. Humphrey and Henderson declined to go on camera but the mayor gave us this statement:

The report also says Hall gave investigators information about possible fraud in the city of Ft. Myers over its issuance of impact fees for widening State Road 82.

She also recorded a meeting in 2012 between former Lt. Governor Jeff Kotkamp, who served as president of VR labs, and board of director Kay Gow.

Gow was indicted for misusing incentive money given to the company by the county. A trial of VR labs is set to start this week.