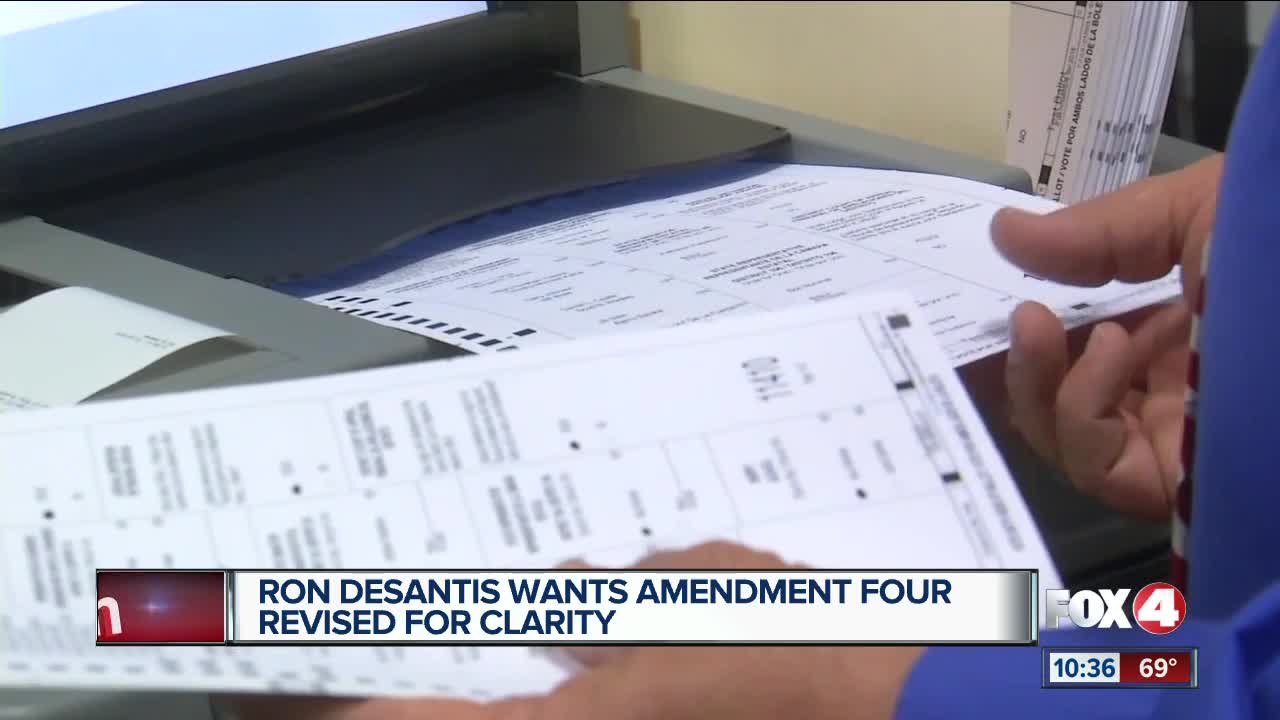 Governor-Elect Ron DeSantis says he wants the legislature to take a closer look at Amendment 4.

Governor-Elect Ron DeSantis says he wants the legislature to take a closer look at Amendment 4.

The ballot initiative passed with 65 percent of the vote last month.

It allows former felons not convicted of murder or certain sex crimes to have their voting rights automatically restored upon completion of their sentence.

"Not every crime is defined the same way in each different jurisdiction, so for example in the military there aren't felonies, but there are very serious sex offenses," said DeSantis, who was in Naples for a thank you tour Saturday.

Democrats, the NAACP, and ACLU say that language is already defined in the amendment, and it should be automatically enacted by the Secretary of State's office.

But lawmakers say it's not that simple.

"I supported the amendment, Amendment 4. I supported it wholeheartedly, I believe in what it does. But at the same time we don't want to have a situation where each Supervisor of Elections is having their own policies," said State Representative Byron Donalds, (R-Naples).

Donalds says Amendment 4 needs an implementation bill so every county is on the same page about how voting rights are restored.

He says similar legislation implementing medical marijuana was passed after voters approved that amendment in 2016.

"I have not heard from any members of the legislature that are interested in holding up Amendment 4 implementation, but it is a process that the legislarure does all the time, where we do implementing bills for new constitutional amendments," said Donalds.

The legislature convenes in Tallahassee this March and meets for 60 days unless a special session is called.