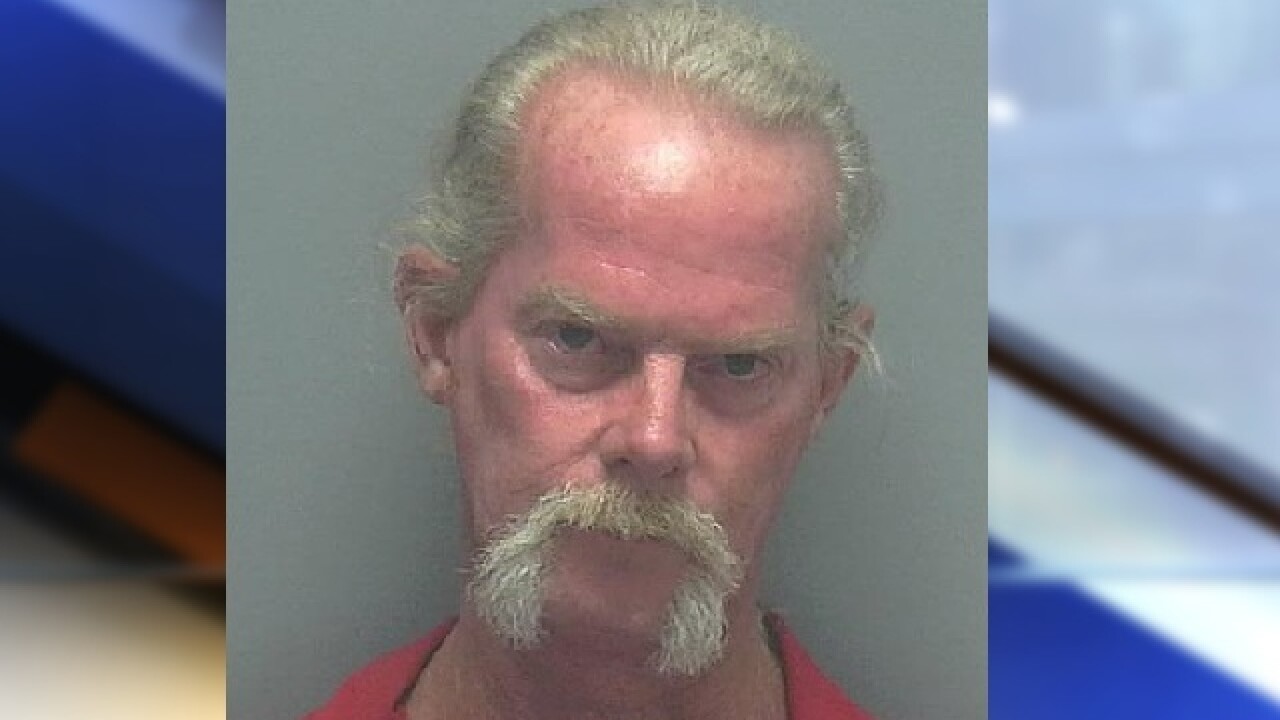 Copyright 2018 Scripps Media, Inc. All rights reserved. This material may not be published, broadcast, rewritten, or redistributed.
<p>Frederick Schrickel</p>

LEE COUNTY, Fla. -- A North Fort Myers man is in jail after deputies found marijuana plants in his backyard while he was locked out of his home.

59-year-old Frederick Schrickel is facing a charge of Marijuana Producing.

According to a Lee County Sheriff's Office report, on August 9th around 10pm, deputies responded to a home on Java Plum Avenue in North Fort Myers after reports of a disturbance.

Deputies arrived to find Schrickel complaining that his roommate had locked him out of his house and would not let him in, and asked for help getting inside to go to sleep.

Schrickel's roommate eventually came to the door and confirmed that the plants belonged to Schrickel.

He was taken into custody and booked into the Lee County Jail.