Dental tourism has some travelling abroad to save money 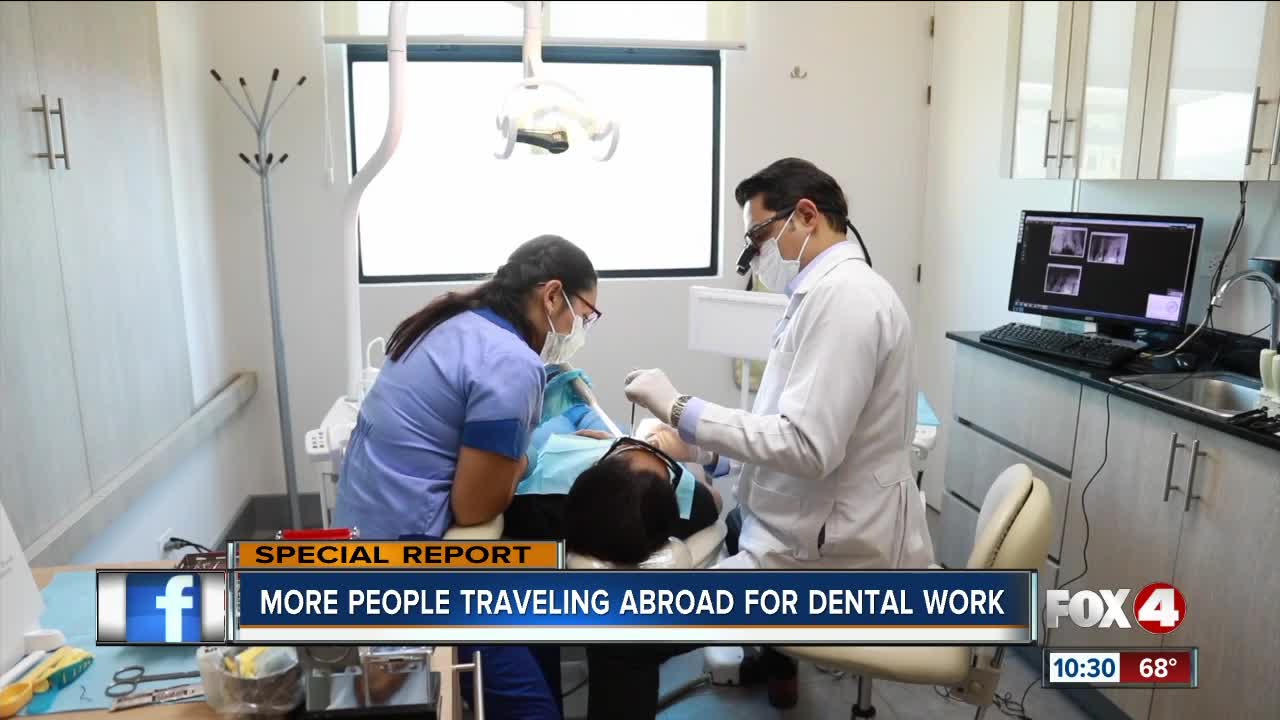 Medical vacations on the rise 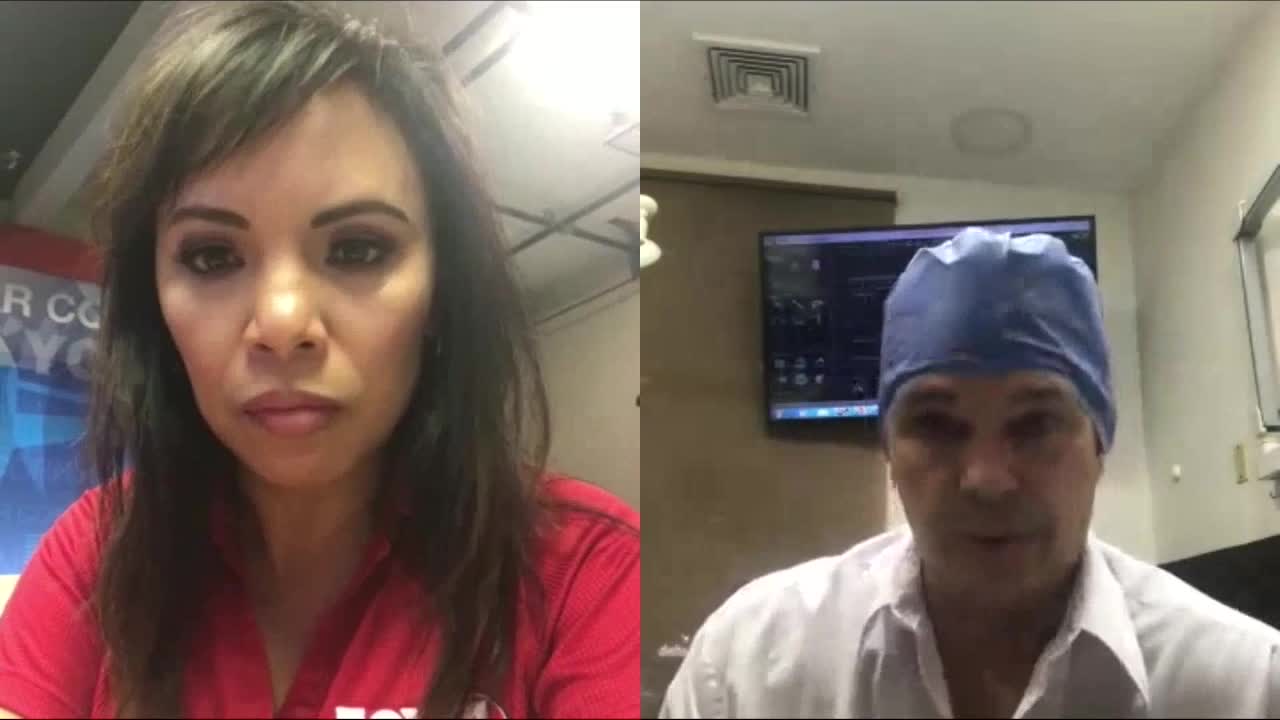 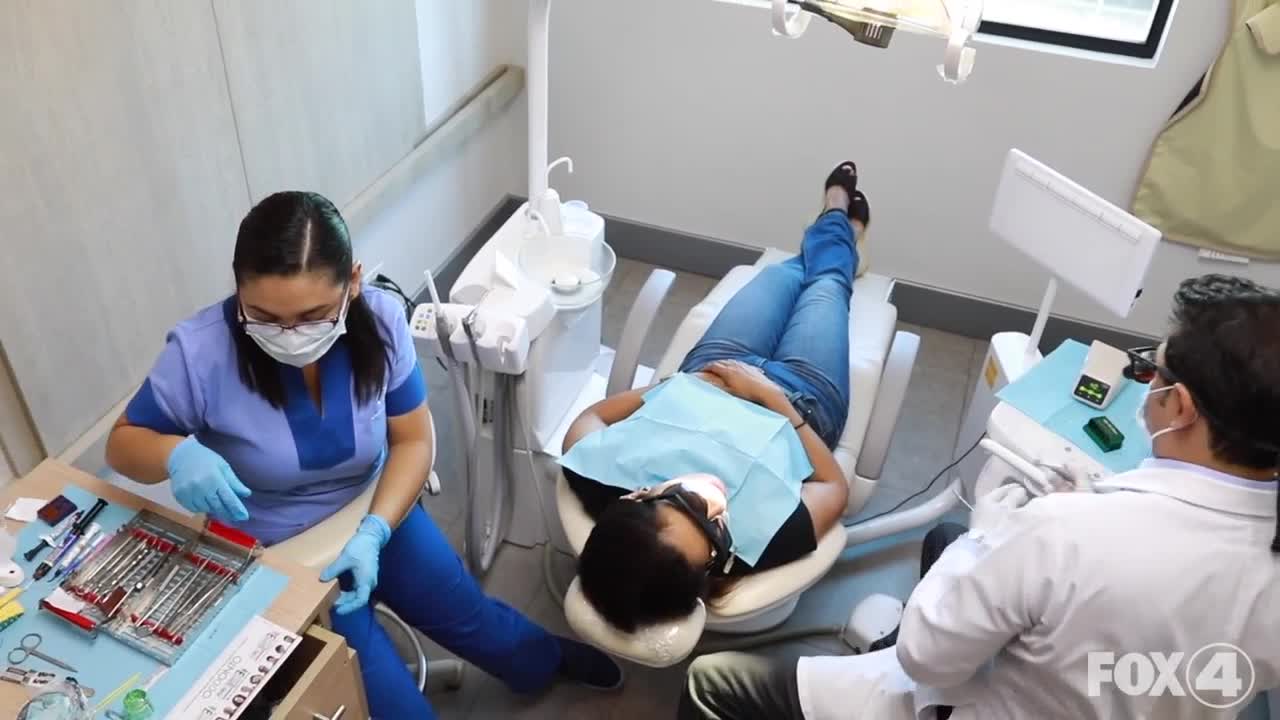 Getting a million dollar smile can cost thousands of dollars, money that a lot of people are not willing to spend. That's why more and more Southwest Floridians are traveling abroad for a dental vacation.

Dr. Brenes at Advance Dental in Costa Rica says the travel is worth it, "When you need more than four crowns, you need more than two dental implants, because that's where you can see the savings." Advance Dental has a staff of 22 people to streamline the process of major dental work. They see about 25 patients a day, most of them from the United States, including a man from Naples, FL. The patient got several implants that would run about $75,000 in the U.S. but he got the work done by Brenes and his staff and paid roughly $25,000, including travel from Southwest Florida.

Brenes says the reason why so many Southwest Floridians travel to Costa Rica is because they're already familiar with the small Latin nation, either through word of mouth or, from a prior trip. He says, "We have a really nice connection between Costa Rica and Fort Myers and Cape Coral. So, we have a good interaction and it's really not far to take a flight and it takes two hours. You'll be saving 70%, 50%."

Fort Myers resident Fred McGee says his dental research started because of a little irritation in the gum line, around just one tooth. He says, "It wouldn't get any better." After a couple of consultations with local dentists, McGee made an appointment with one offering a $79 introductory rate for X-rays and a cleaning. The result caught him by surprise. McGee recalls, "They said, 'You need about four crowns and a root canal for this one,' which was the absolute worst thing I learned later that could’ve been done for this."

That same dental office said they could do the work for $10,000. They also said McGee would still need a root canal, which he was quoted separately for $1600. He immediately started doing research on dental tourism in Costa Rica. He says, "They were going to do the whole $10,000 worth of work. It was gonna cost me $2,800. So, I'm on a plane!" He sent his X-rays to Nova Dental before heading down to San Jose. He remembers, "They emailed and said, 'We’re not sure if you need everything on there. We don’t really see everything they said you need.' So, I went anyway. Well, even if I need two things, I’m better off."

Once he saw Dr. Obando in person, McGee says the dentist recommended McGee get only one implant. He says he was relieved but disappointed. He said about Dr. Obando, "He says two to three times a week, we have to have this conversation with our American patients."

Dr. Brenes believes a lot of people put off dental and medical procedures during the recession. He says, "We were just living day by day. Dental and medical, we just went to the doctor or dentist when something ached." Once the economy started to bounce back, people tended to their teeth again but didn't want to spend all their money. However, by that time, Brenes says his patients would admit their mouths were a complete disaster.

Let's compare the cost of a major reconstruction. For instance, four implants on each jaw supporting full bridges in the U.S. would run about $50,000. Brenes says the same amount of work at his office would be about $12,000. One implant in Costa Rica is about $2,000. That is using the same FDA approved material in the U.S. That same implant in the U.S. averages about $4,500. Travel is about two more thousand dollars, which is why he doesn't suggest traveling for work unless it is more substantial.

Brenes says the deep discounts are possible due to two factors. One is rent. He says, "For the same space I used in Costa Rica, I used to pay five times more in Los Angeles." The other is salary. Costa Rican assistants are paid less than their American counterparts. Brenes says those savings are directly transferred to his patients.

Brenes, like several practicing Costa Rican dentists, are U.S. educated. Brenes is part of the American College of Prosthodontists. One of the big differences, Brenes believes, is in the quality of care. He says, "We're not going to sit him and rush. We're going to sit with the patient and usually I think, maybe 45 minutes to an hour, I get to understand the patient."

Dr. Arnolodo Anglada says the first thing to do before booking a trip to Costa Rica for your dental needs, is research. He spoke to Fox 4 evening anchor, Jane Monreal via Skype about other considerations.

It's not called dental tourism for nothing. Before he came down with a bug, McGee and his wife planned to take the whole week off and spend it enjoying the region, in between dental visits. He says his dentist's office was helpful in booking the trip. He says, "They’ll call them up and get you a reduced rate. My hotel, the hotel Christina, which wasn’t bad, was a two bedroom suite with a full kitchen and dining room for $78 a night plus, breakfast was included." "We did go to the beach. And the monkeys are playing along the beach, and the sloths, and the nice beaches."

McGee returned to Fort Myers and ran into a few issues at home, including a botched up job with a local dental office. Now on the mend, he's out $5500 for the one recommended dental implant. He also kept getting calls from the office with the $79 rate. He says, "They called me back and asked when are you coming in? I told him, never. I’m going to Costa Rica. And she said, 'Well, you got to come back for cleanings right?' And I said, 'No I don’t think so either, because I just don’t like what do you guys are doing. Your prices are way too high. I could go to Costa Rica.' And she said, 'Well we have a lot of people say that.' "

Not everyone's buying into the whole idea of medical vacations. Practicing Tampa dentist, Dr. Randall Diez, says he's treated many international dental disasters. "If you are going in to meet a doctor for the first time in another country, good luck."

Dr. Brenes, along with several highly rated dentists in Costa Rica, do boast a 98% success rate. In a rare case, Brenes decided to fly a patient back down. He says, "In two days, we addressed everything that was needed. And he flew back and then we received an email that he was doing great and everything was solved. Everybody has issues.

And, don't forget your passport.