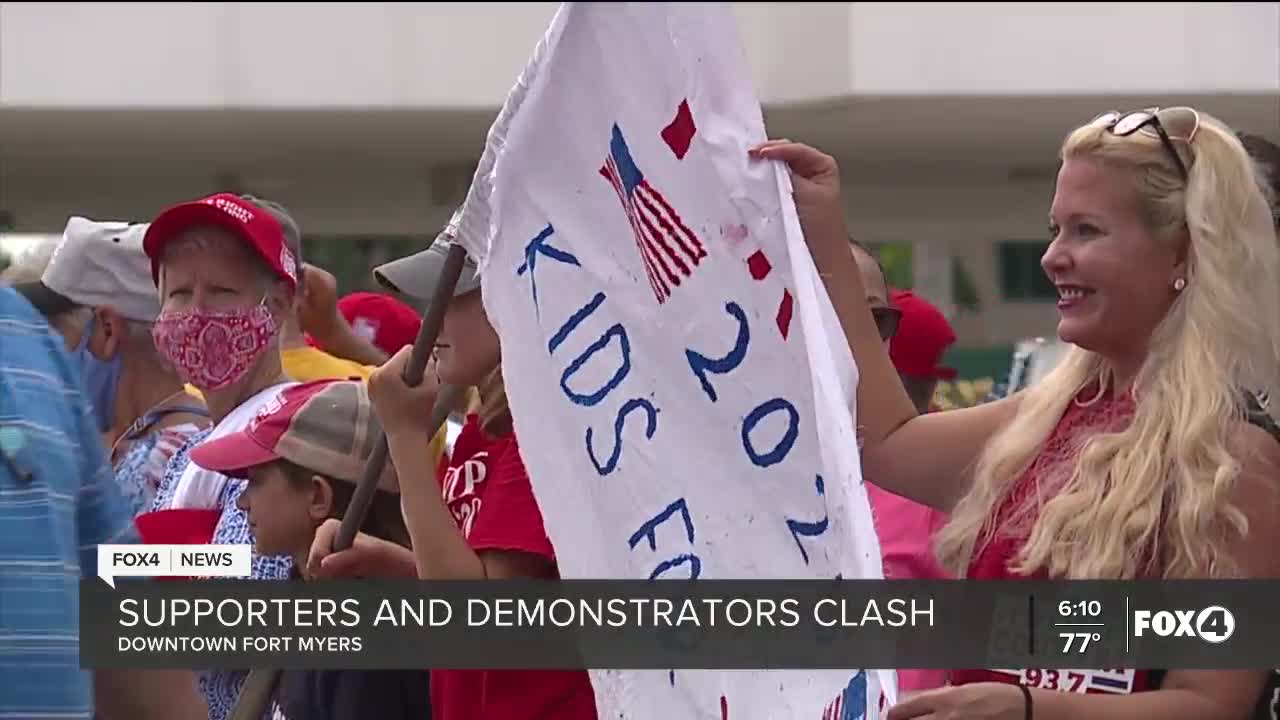 FORT MYERS — President Trump’s visit to Fort Myers brought out both his supporters and his opponents on Friday.

People held dueling demonstrations downtown to show support for their chosen candidate. There were some clashes between supporters we caught on camera, but for the most part things stayed civil.

As we took the time to speak with people supporting both presidential candidates, we learned that the biggest issue on everyone’s mind was how the President has handled the response to the COVID-19 pandemic.

“If he really cared, he would have taken a different stance on COVID. He would have encouraged people to wear a mask, to do whatever it takes. And so that’s what I want to convey, is that he doesn’t care about you," said Tish Ferazzi, a Biden supporter who was taking place in a caravan to support the former Vice President.

“With this pandemic, if he didn’t do what he did to strengthen the economy, this country would be, it would be a third world country by now, but what he’s done was kept us prosperous. He’s kept us strong," said Robert Abby, a Trump supporter who went downtown to see the President's motorcade.

Supporters also said recovering from the economic damage caused by COVID-19 was weighing heavily on their minds as they decided who to vote for this year.