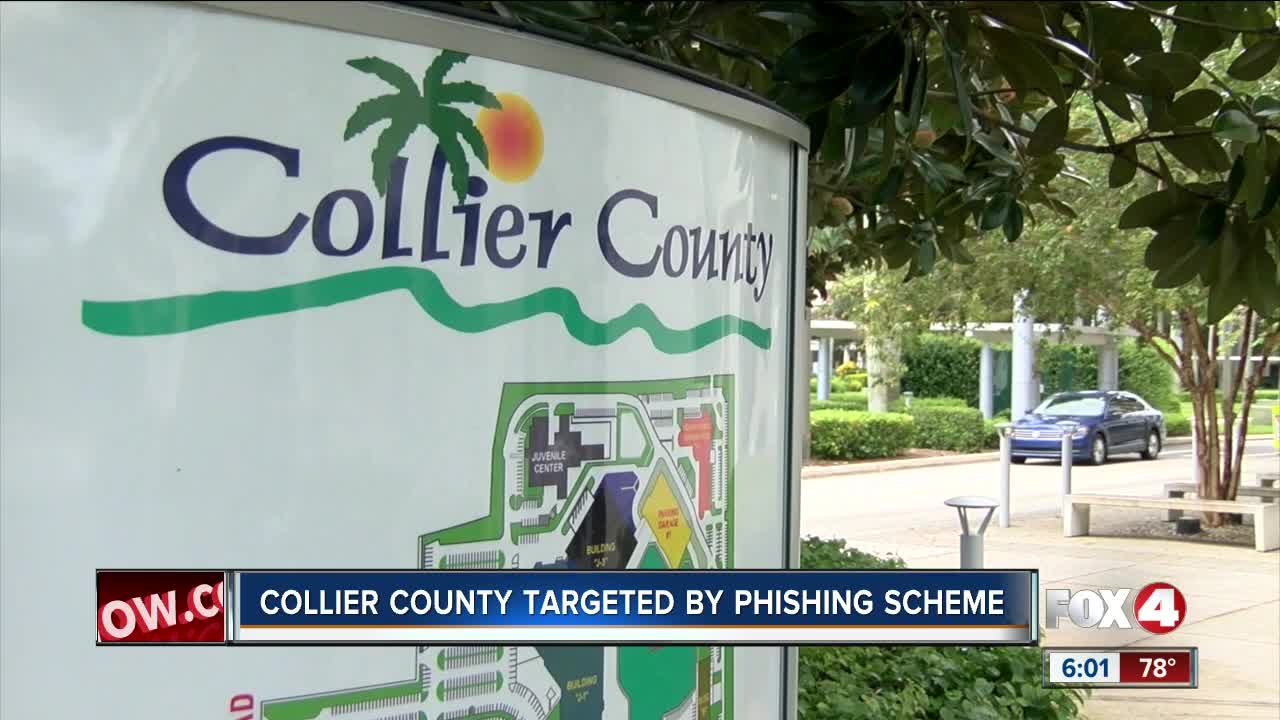 Collier County officials say they were scammed out of $184,000 in taxpayer money in a phishing scheme in December 2018. The scammer reportedly posed as a contractor doing work for the county, and emailed an employee with instructions to send the money to a new bank account.

"The county funds were target of what the FBI identifies as a Business Email Compromise, that resulted in $184,000 being wire-transferred to a bank account fraudulently represented as belonging to Quality Enterprises USA, Inc., a contractor working for the county," wrote a county spokesman on behalf of Collier County and the Clerk of the Circuit Court.

"The facts of the investigation to date support that the fraud appears to have originated outside the United States," the statement read. "The full $184,000 was recovered from insurance carriers and Quality Enterprises was paid for the work it performed...the perpetrators did not gain access to email accounts or networks, and no ransomware or malware attacks occurred."

Christian Wartchow, president of CyberSecure IT Solutions, said that phishing scams like this are on the rise.

"It's very important to raise your level of awareness about how many bad guys are out there," Wartchow said.

He said that scammers can track which employees at companies and in government are in charge of dispersing money to vendors.

"It can be done with LinkedIn or other social media like Facebook," Wartchow said. "They identify the organizational structure, and then spoof that vendor's information."

Earlier in August, the City of Naples reported that it had fallen victim to a similar phishing scam in which criminals got away with $700,000 by posing as a contractor working on a street project.

Wartchow said that it's important to compare email headers with previous emails from someone claiming to be a vendor. And if the email includes instructions to send money to a new account, always call the company to verify.

The Collier County Sheriff's Office and the FBI are investigating the phishing incident.