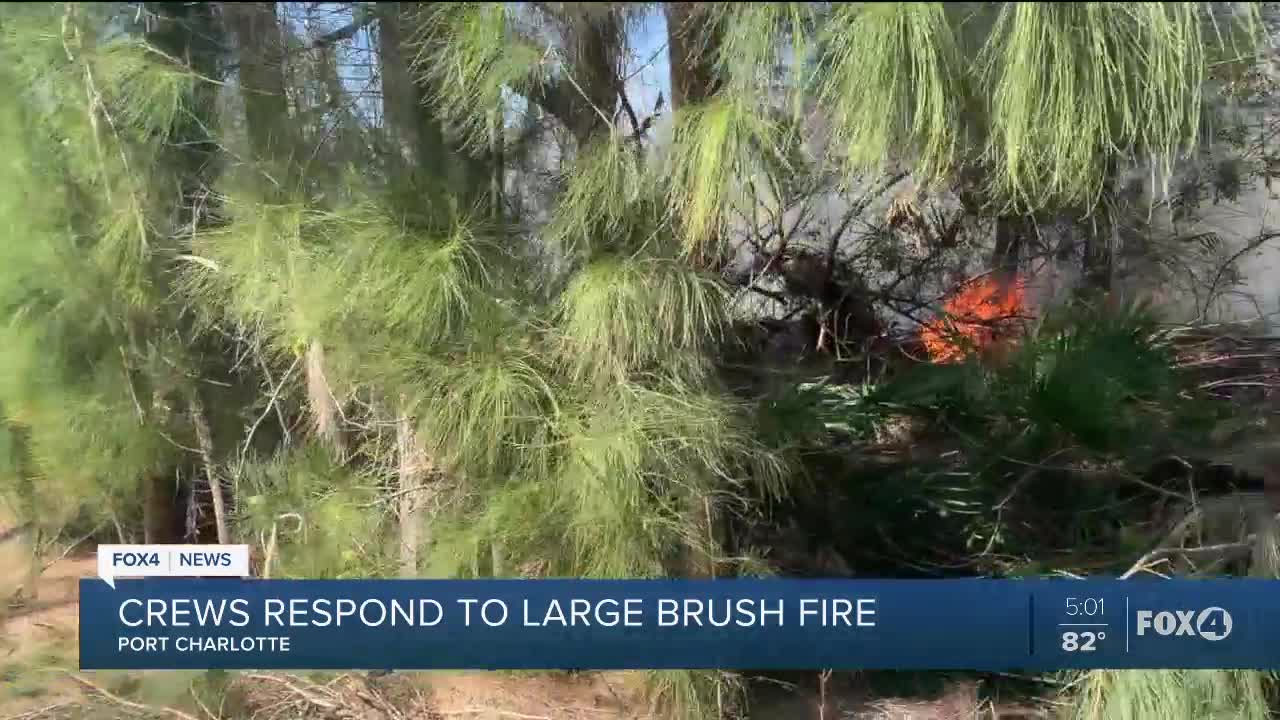 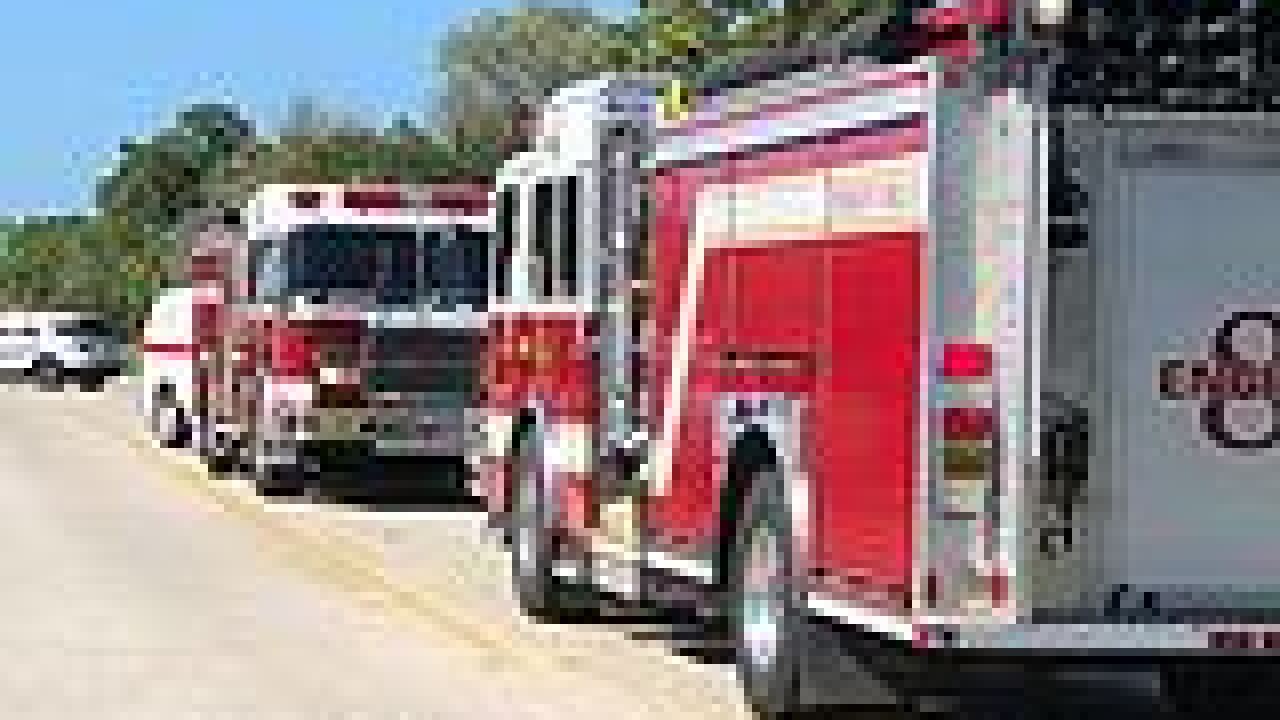 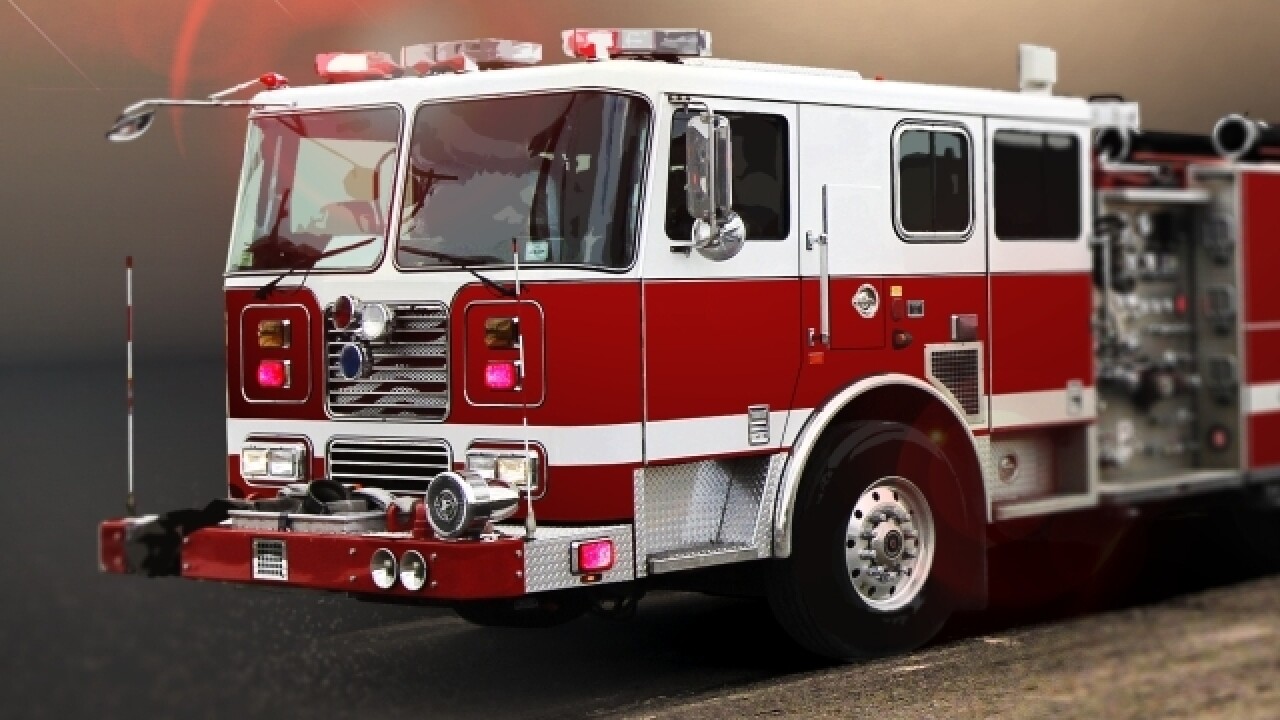 PORT CHARLOTTE, Fla. — UPDATE 5:29 p.m. 02/20/2020: Fire crews in Port Charlotte will be spending the night off of Foresman Boulevard, where a brush fire broke out this afternoon, right in the middle of a neighborhood.

At this point, fire fighters are making sure the fire doesn’t start again. The burnt landscape spans three acres, and earlier it was threatening several houses. In total, it took crews almost an hour to get the fire contained. We were able to speak with a homeowner who had her house threatened. We still don’t know what started the fire, but she has an idea.

“We’ve just been kinda sorta waiting for this to happen, because it just takes one, somebody throwing a cigarette butt out. We don’t know that that’s what this was, but it wouldn’t surprise me," said Kathleen Boyle, whose home was just feet from the fire line.

Boyle was at the store when she got the call that her house was threatened and she said she is thankful fire fighters got there in time. Fire crews may be on-scene until Friday morning to make sure no hot spots flare back up, because with the wind and the dry conditions, they say that could easily happen.

According to Charlotte County Fire and EMS, there at least two homes are threatened near Drysdale Ave and Gillot Boulevard.

Both the Florida Forestry and Charlotte County Fire Rescue are on the way.

Fox 4 has crews on the way.

If you see anything or have pictures, please feel free to send them to news@fox4now.com.