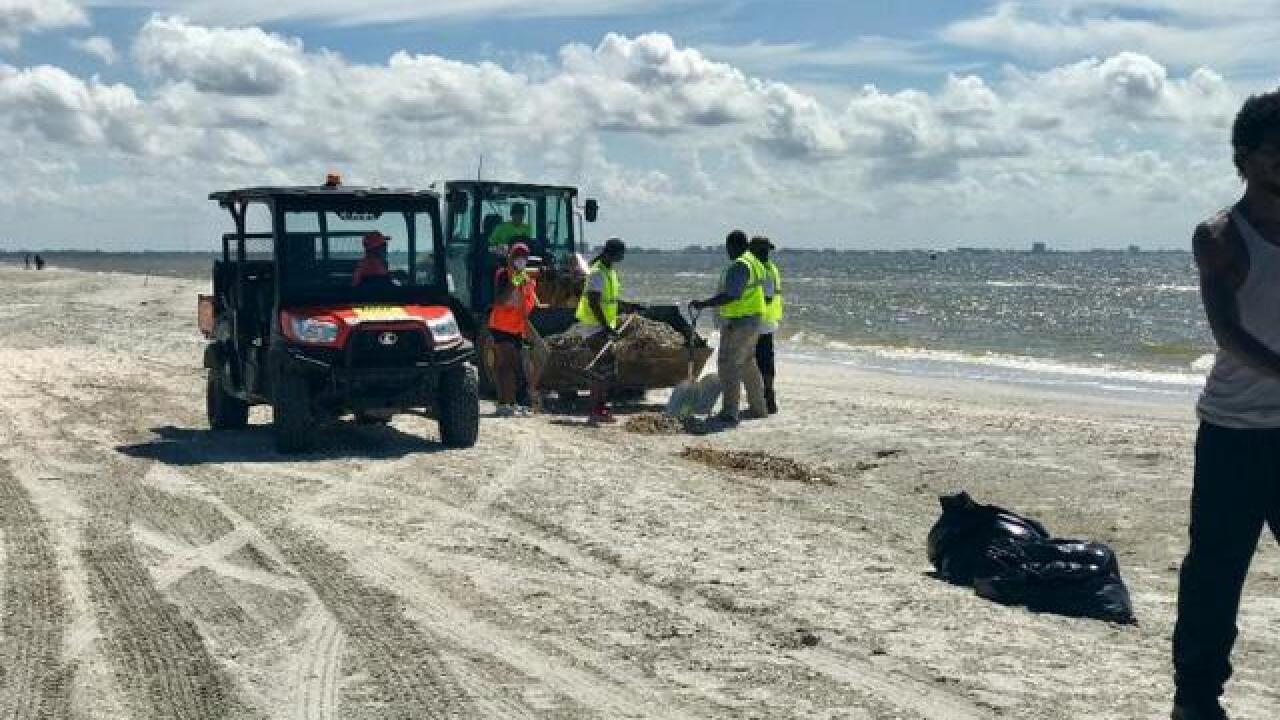 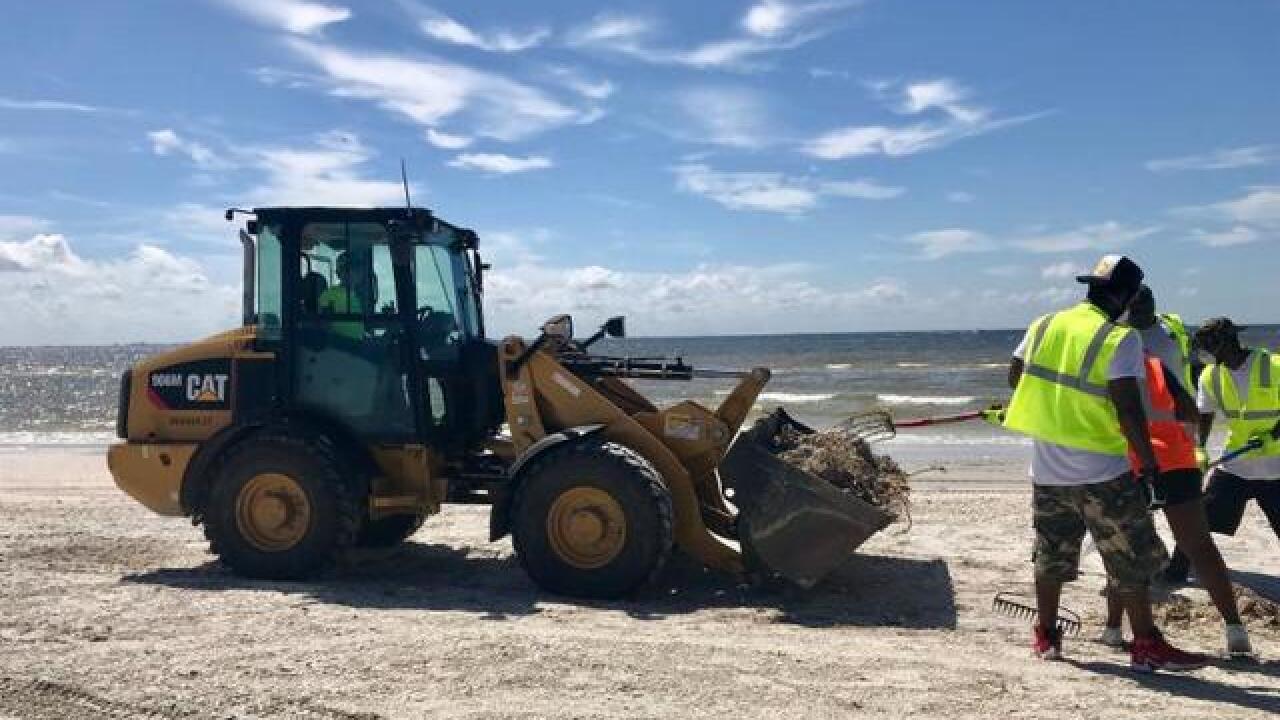 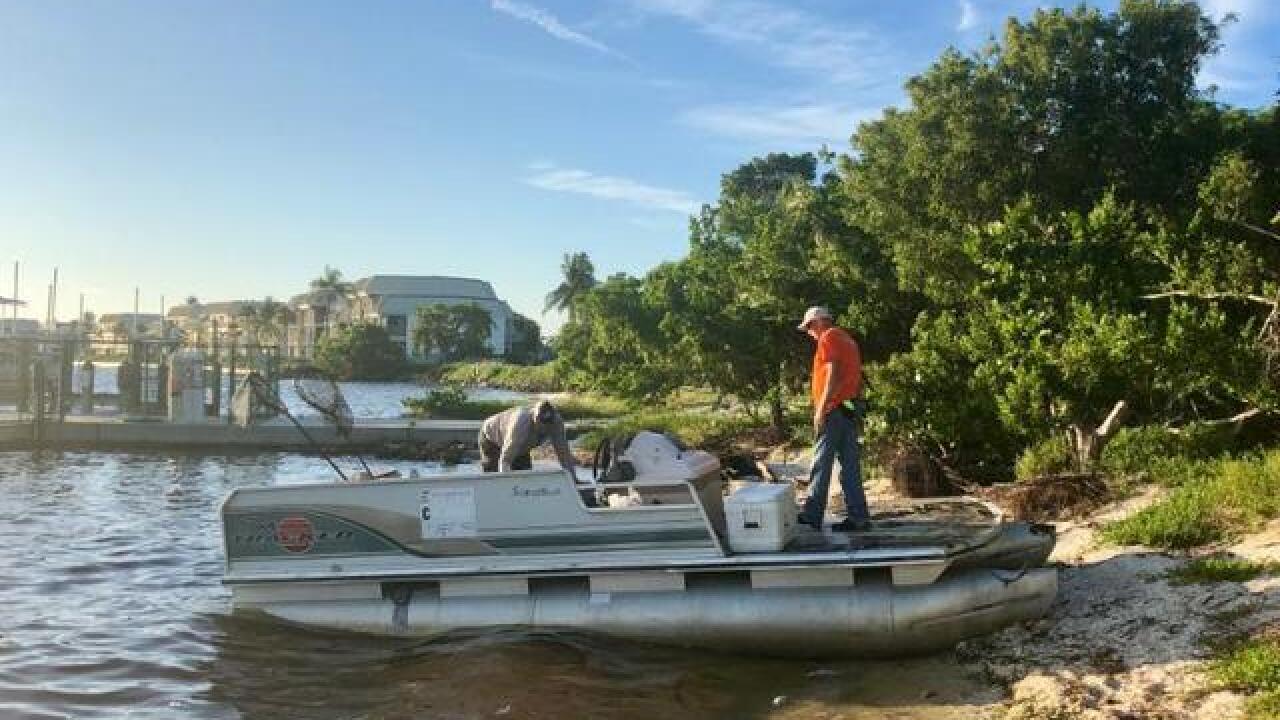 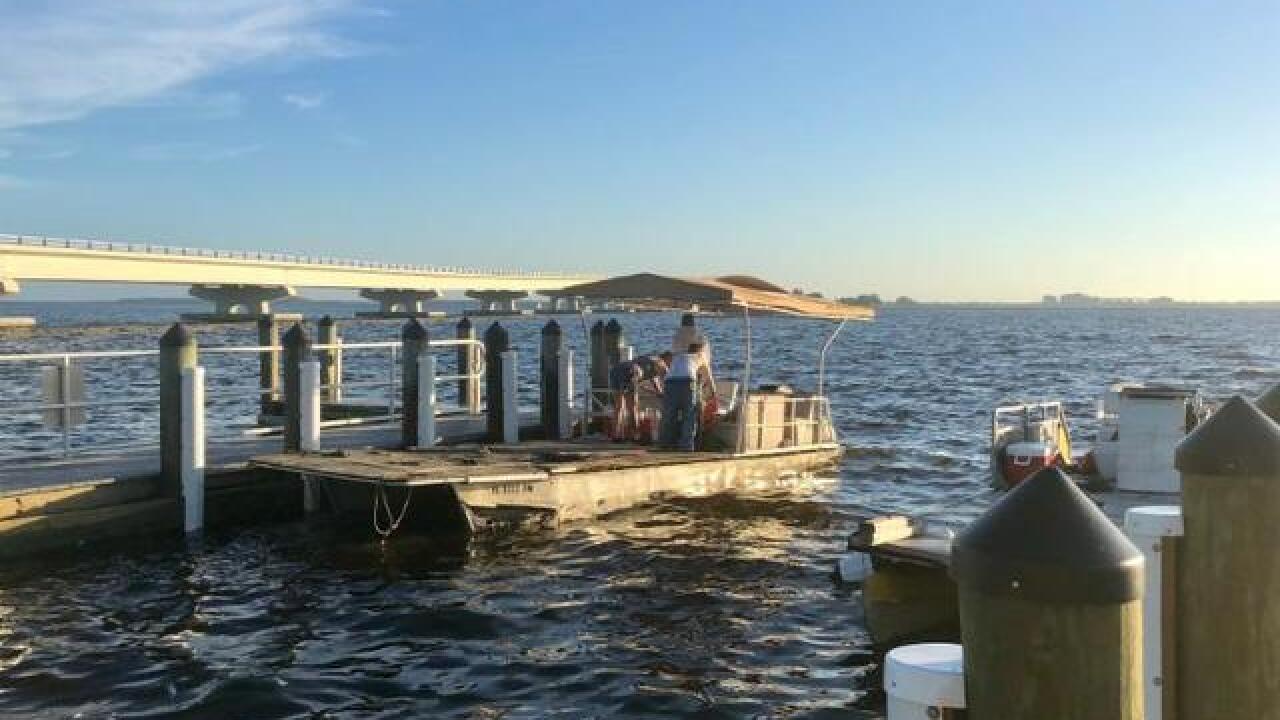 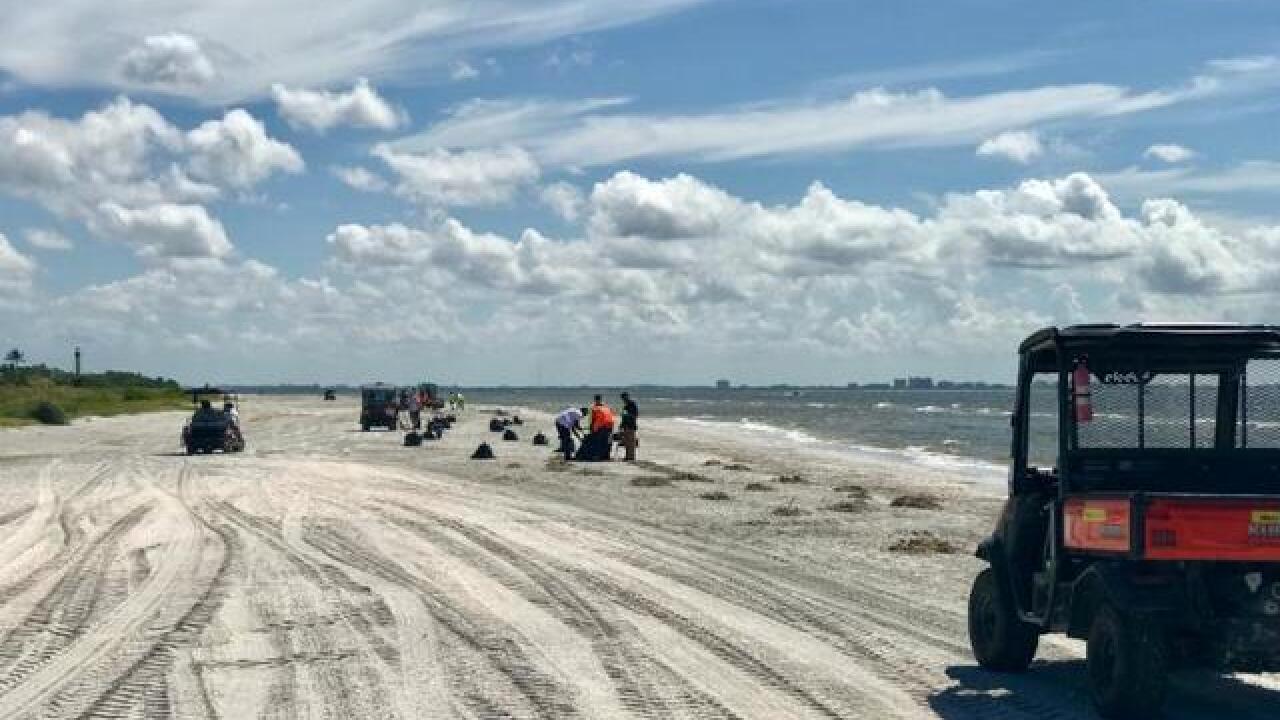 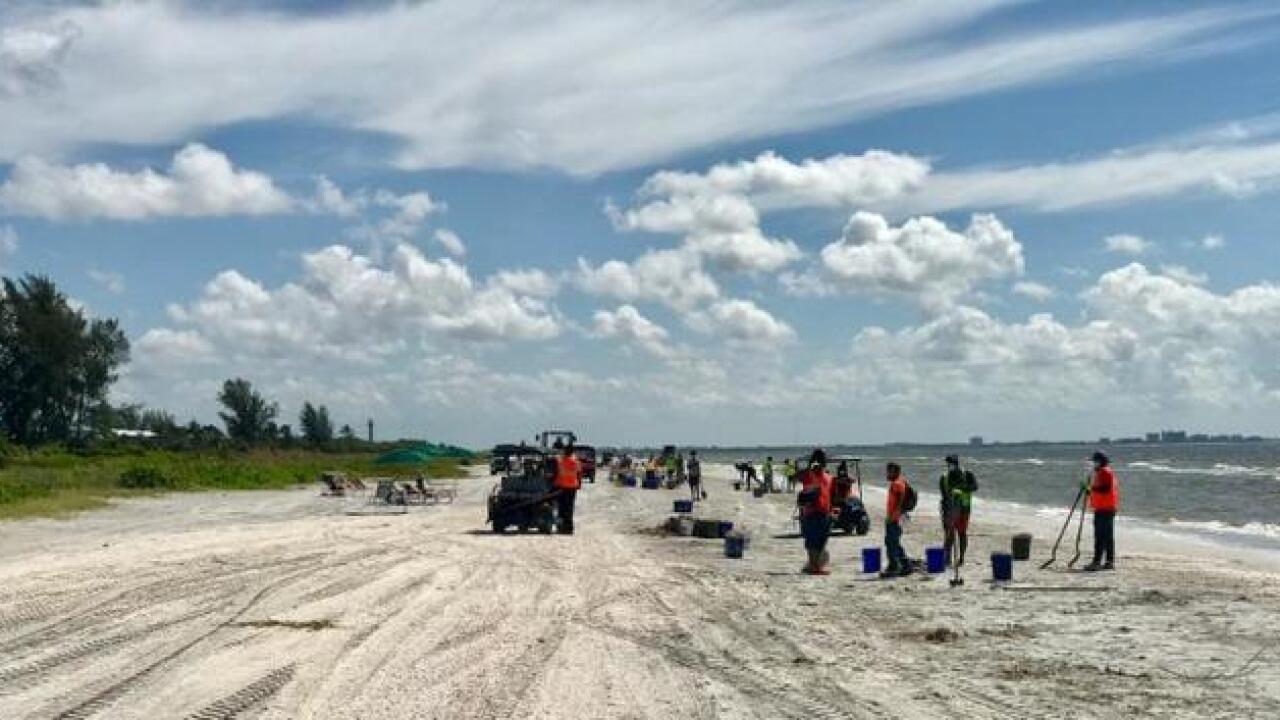 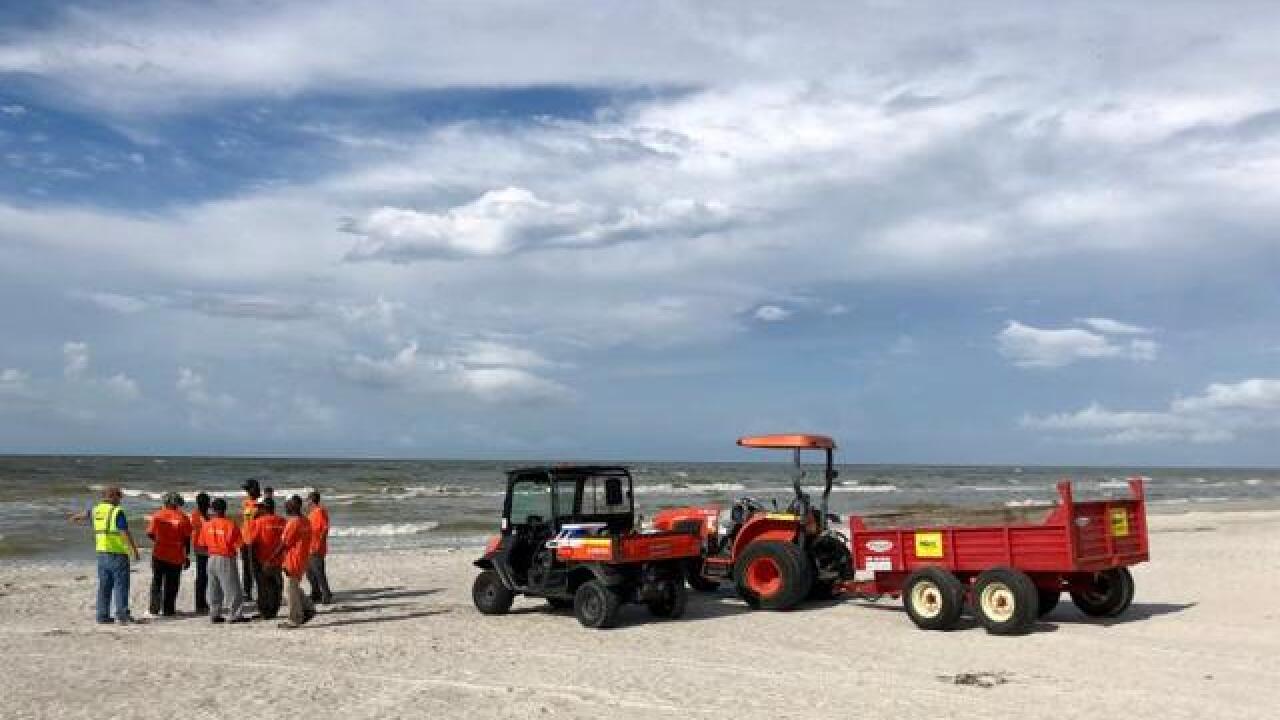 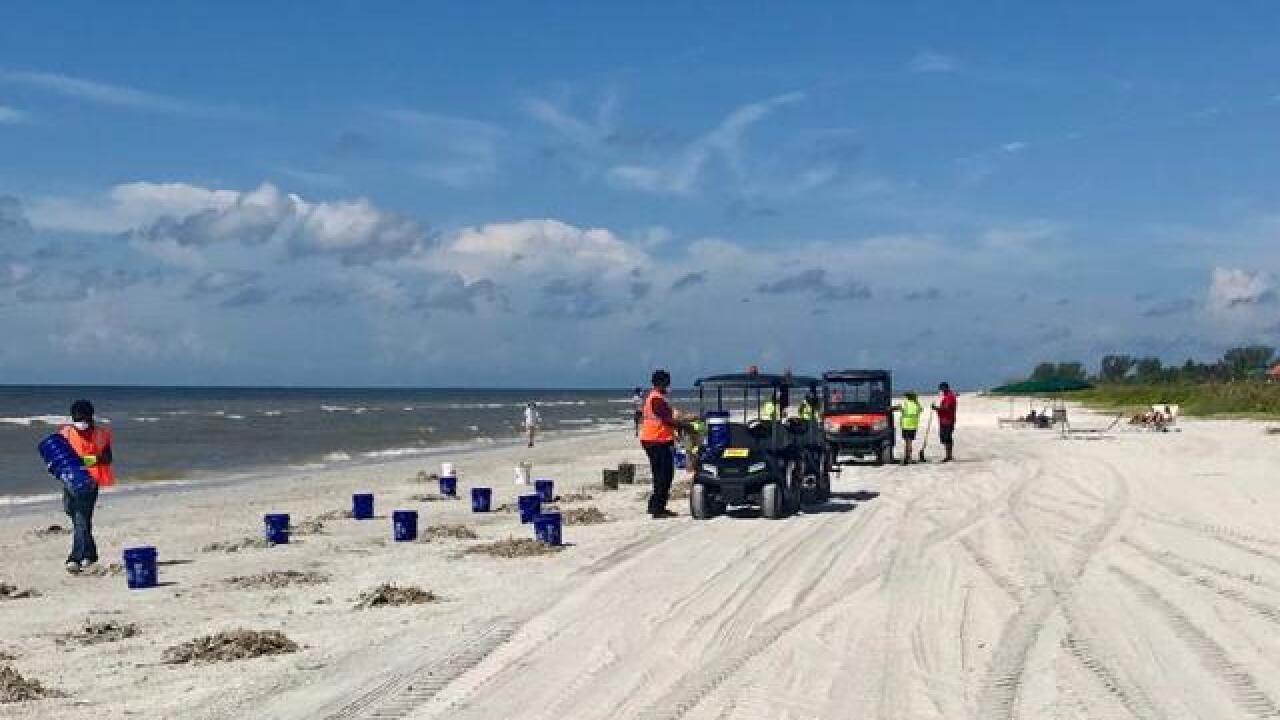 Clean-up on the island began on Saturday, July 28th after thousands of smaller dead sea life washed up on the beach. The city is working two shifts of beach clean-up crews per day in an effort to catch dead fish.

Saturday, clean-up crews removed a total of 11 large carcasses which included; 8 Goliath Groupers and 3 Tarpons and thousands of smaller dead fish. The areas hit the heaviest was Algiers Beach, Lighthouse Beach, while the east end of the island remains the most affected area.

On Sunday, the City of Sanibel ordered 5 flat boats to be issued in the canal to collect, remove and transport dead sea life from the canals.