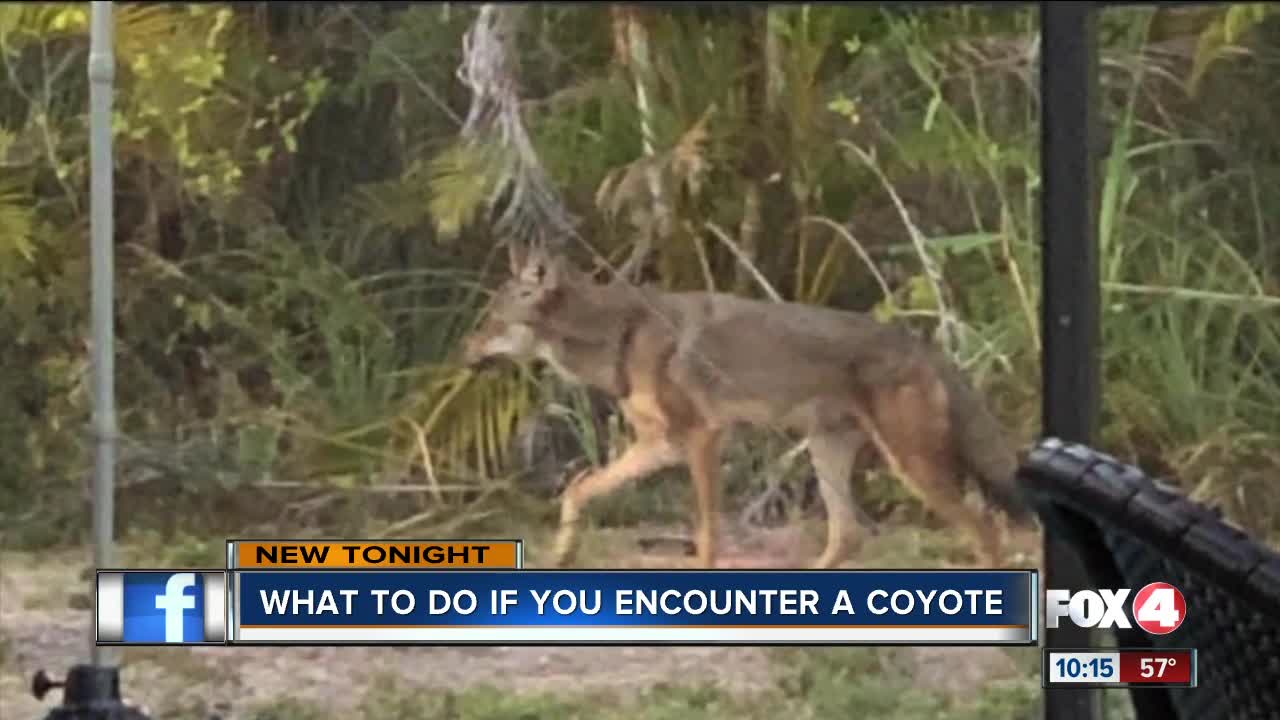 What to do if you encounter a coyote.

CAPE CORAL, Fla. — There’s been an increase in the number of coyote sightings in Southwest Florida.

Cape Coral residents have voiced concerns that this could pose a threat to their homes and small pets.

Lucia Thompson lives in Cape Coral and remains on high alert after seeing a coyote roaming in her front yard Sunday night.

She says she was “surprised, shocked and maybe a little scared,” Lucia Thompson

Thompson says this is the first time she's spotted a coyote

“As we started to get closer, it started to go back behind the bushes because we have a lot of wooded area,” said Lucia Thompson.

Florida Gulf Coast University Biology professor, Charles Gunnels, says there’s no need to fear coyotes if you come across one in your neighborhood.

“Is it something we should expect? absolutely, coyotes live here they’re very abundant, they’re all over the place though we will rarely see them,” said Gunnels.

Gunnels states that it’s highly unlikely for coyotes to pose a threat to humans.

“The chances they are going to do anything to you are slim to none, it does happen but it’s very very rare,” says Gunnels.

“Then there’s probably something else going on, they may have a den of cubs near by which they are defending, they may be injured, ” says Charles Gunnels.

We at Fox 4 want to remind you that it’s important not interact and to stay away from wild animals.

If you happen to see an animal hurt or injured call the U.S. Fish and Wildlife services.