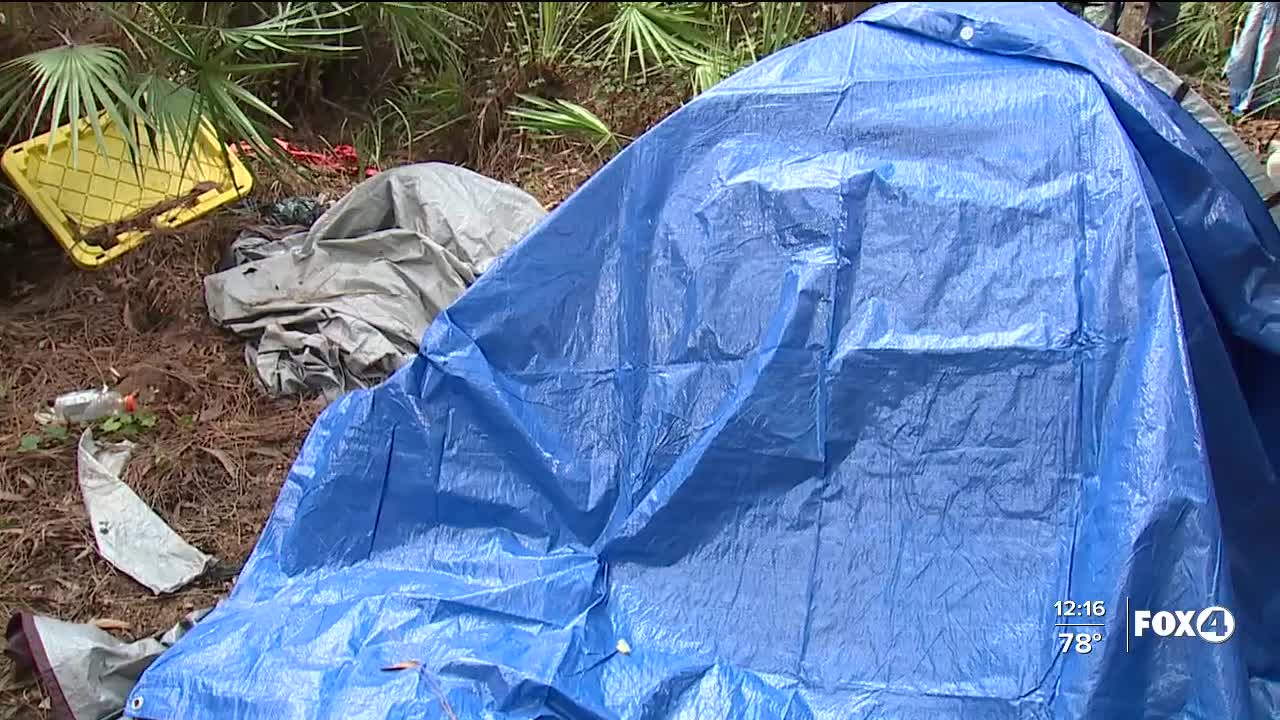 As part of an ongoing series on homelessness, FOX 4's Rochelle Alleyne got an exclusive look at a SWFL couple's temporary living situation after the coronavirus forces them deep into the woods.

LEE COUNTY, Fla — As part of an ongoing series on homelessness, FOX 4's Rochelle Alleyne got an exclusive look at a SWFL couple's temporary living situation after the coronavirus forces them deep into the woods.

She got a chance to tour their campsite.

"You lay it out somewhere flat where the sun can heat it up, and you can get a hot shower," the woman says.

But this camping trip is one that doesn't really have an end date.

The couple who lives here says they recently landed on this place after losing their home and job during the pandemic.

"We slept behind a dumpster behind Burlington, we slept behind like little medical buildings, without any actual shelter," the woman says.

They tell us other homeless camps can sometimes be dangerous, and they've tried a few local shelters.

"People steal your shoes, your underwear, your socks," she says.

When asked if she tried applying for the county's rapid rehousing program, she says nothing came out of it.

She says she's relying on the kindness of strangers to get by while she's looking for a job.

She's not really sure what the future holds.

"What's next? I don't really know. I'm just taking it day by day at this point," the woman says.

But she does know she wants a home and doesn't want to be out in the woods.

And she has a message for you about people in the same situation as her.

"If you actually sit down and talk to homeless people, you'll know that they don't really want to live like that," she says.

"You'll get that, and they'll say this isn't what I choose to do. This is just my life circumstance and where I'm at right now."